“Every day, try to do something unexpected. Push yourself to try new things.” It’s a passage Hunter (Haley Bennett) reads from a book. Her current life, by her own admission, is going great. She’s married to the love of her life, Richie (Austin Stowell), who has just been named to a very senior lucrative position in the company founded by his father, Michael (David Rasche). They live in a gorgeously expansive house. There’s a bun in the oven. All of this is a far cry from her enigmatic, difficult life before Richie.

Out of nowhere, Hunter gets an impulsion to swallow things. It begins with an ice cube, and progresses to more…jagged, indigestible objects. With no end in sight, and no one else knowing of her Pica, there’s got to be a reason why Hunter has decided to put not only her life in danger, but that of her growing baby.

Look closely at recent years in cinema (and probably before that, too), and it isn’t that hard to see consistent themes that pop up in a calendar year’s releases. Some of 2018’s flicks had a pronounced focus on identity (Crazy Rich Asians, Blindspotting, Sorry to Bother You to name a few), whereas 2019 turned attention to toxic masculinity (The Lighthouse, The Art of Self Defense, Waves, and Ad Astra stand out among many). Still may be too early to say for certain, though 2020 is currently trending as the year of female frustration with the long-standing system. OK, there’s got to be a shorter description for this. Whatever it is to be called, Swallow fits into the theme.

Making his directorial debut is Carlo Mirabella-Davis. Watching this, it’s hard not to imagine him getting better as gets more experience. He, alongside cinematographer Katelin Arizmendi and production designer Erin Magill, showcases the ability to mesh the idyllic with the chaotic, the confinement with the freedom. Swallow feels very avant-garde with its approach, visual aesthetics, and the like, eschewing traditional structure and pacing in a movie. All of this is to the movie’s credit and detriment.

The question everyone wants to know: Is Swallow disturbing, and should people who are squeamish stay away? Yes and no. Seeing Hunter ingest things no human should and dealing with the sometimes grisly aftermath isn’t an easy watch. Yet, disturbing sort of implies that what is watched stays deeply with a viewer after completion. Swallow—for as shocking as it is—comes off as less important and not as compelling/interesting as it fancies itself in being, only really having the “Wow, they showed that?” card to play. Strip away that and the good style, and what’s left is a fairly flimsy 87 minute film, at least when you consider that two other features, The Invisible Man and The Assistant, traversed similar ground with stronger storytelling, which in turn brought higher levels of thought-provoking analysis on feminism, abuse culture, power, etc.

What does Swallow in is a fuzzy attempt at explaining the reasoning why Hunter does what she does. To not spoil anything, Mirabella-Davis (who serves as sole writer, too) treats trauma seriously, but also perhaps too black and white (as insensitive as that may sound). There’s an implied causality idea that is tough to get behind, if only because it’s a huge leap to tether the trauma to the act of swallowing dangerous objects. The lackluster writing weakens the sympathy an audience is supposed to feel for Hunter, which in turn kind of neuters a very good performance by Bennett that people should recognize into something that’s merely good and destined to be forgotten as the year goes on. Even Stowell, who felt like a create-a-player in Fantasy Island, turns in a solid performance that could have opened more eyes with beefed up script attention. 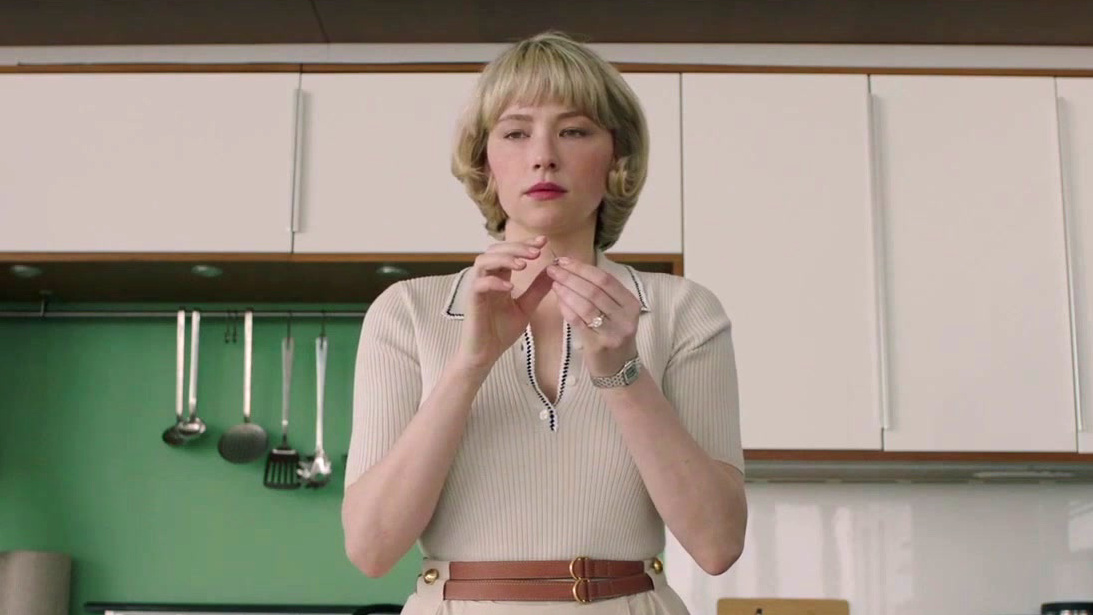 A breakout Bennett performance and an overall good direction from first-time filmmaker Mirabella-Davis sadly isn’t quite enough to push Swallow into the same rung of similar recent films. Swallow is far from gag-reflex inducing, but it will cause some mild indigestion.