In any endeavor, it’s the getting started that’s the puzzle. Sometime in the early 19th century, a talented cook, fittingly named “Cookie” (John Magaro) has banded with a group of fur trappers, serving as their in-house (in-trek?) provider of nourishment on the Oregon Trail, hoping to find riches. Along the way, he crosses paths with Chinese immigrant King Lu (Orion Lee), who is fleeing from something. For a night and outside the knowledge of the trappers, Cookie allows King Lu to recuperate from his fatigue.

Circumstances make Cookie flee his group, and fate crosses the American and the Chinese again. Free from the shackles of their responsibilities and absent of danger, the two begin to find very common ground, which leads to a stab at capitalism, making delicious bread for all travelers thanks to the convenient location of a “free” cow on the property of a rich landowner (Toby Jones) who is unbeknownst to the duo’s pilfering of milk. In the Old Frontier, anything goes until you’re caught—if you’re caught. Why buy the cow when you can get the milk for free? 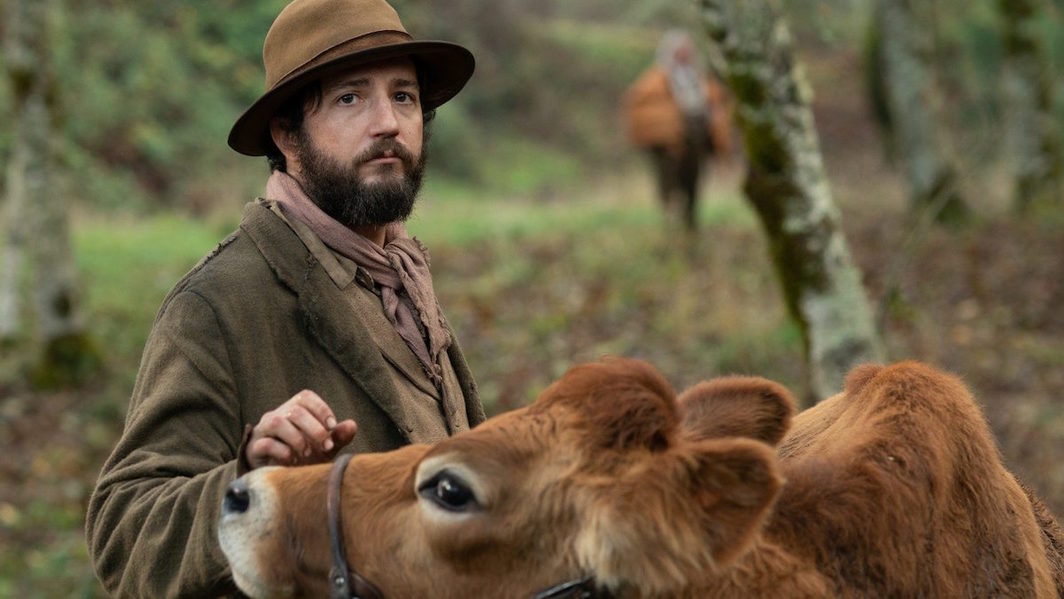 Even with the advancements of technology, First Cow feels like it could have been made in many different decades. That is not a slight by any means; it’s just an observation of what kind of movie it is. Simultaneously mesmerizing and monotonous, it’s a must-watch that some people will get more enjoyment mileage out of than others.

Familiar with Kelly Reichardt? The director and screenplay writer has always been a beater of her own stylistic drum, often opting for more quieter, naturalistic movies than anything snazzy or complex. First Cow bears some similarities to one of her other Frontier works, Meek’s Cutout. Her latest is the biggest film she’s ever made on a scale level, and yet it’s still intimate and independent of outside forces, focused on all the minuscule things per the time period it takes place in. The attention to detail, immaculate (not unlike Robert Eggers’ painstaking research in The Lighthouse). Her vision is totally carried out as she sees fit. 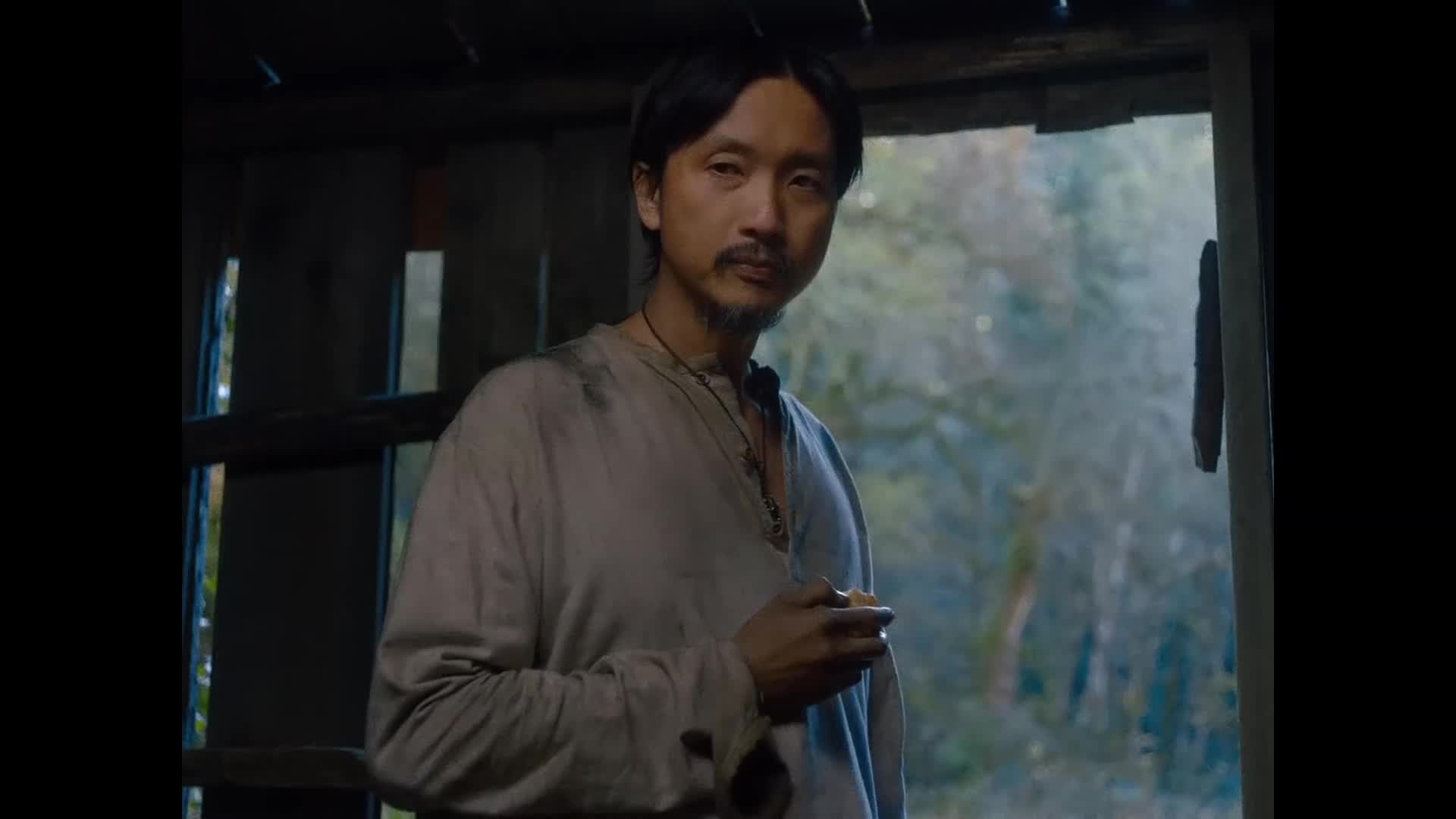 Based in large part off author (and co-writer here) Jonathan Raymond’s novel The Half Life, First Cow focuses on the organically forged friendship between two people from different cultures and their business endeavor. It’s a little subversive, with the foreigner being the bold, risk-taking confident one and the “native” exhibiting more passive, uncertain traits. What bogs First Cow down at least for the first 50 minutes to one hour of run-time is a missing element of conflict. The two lead individuals hit it off so quick there’s never a question of whether they’re not right for each other, and the conversations had between them run the interest spectrum from engaging to dull. Lastly, there is a formality seen at the start of the film that doesn’t entirely take away the enjoyment of the tale (not the type of feature that predominately relies on mystery), but there is a sense of going through some motions to a concrete ending.

At the core of First Cow is a friendship that everything spawns off of, courtesy of Magaro and Lee. Almost all Reichardt’s works are dependent on hooking the viewer into the settings she’s created, and she’s smartly refrained from using big-time stars to make her movies with. Magaro and Lee are apt thespians who have appeared in more features that audiences might believe, but they’re no-name enough to not overshadow what’s present. The biggest name on hand is Jones who stands as one of the greatest and versatile actors today, always possessing the ability to slink into whatever a script asks of him.

If there’s one thing that can be said about A24, it’s that they’re one of the few studios that seemingly give their filmmakers as much carte blanche as they can handle. First Cow is unequivocally Reichardt, continuing her love for a deliberate style and approach that might not be for everyone but is definitely true to her.