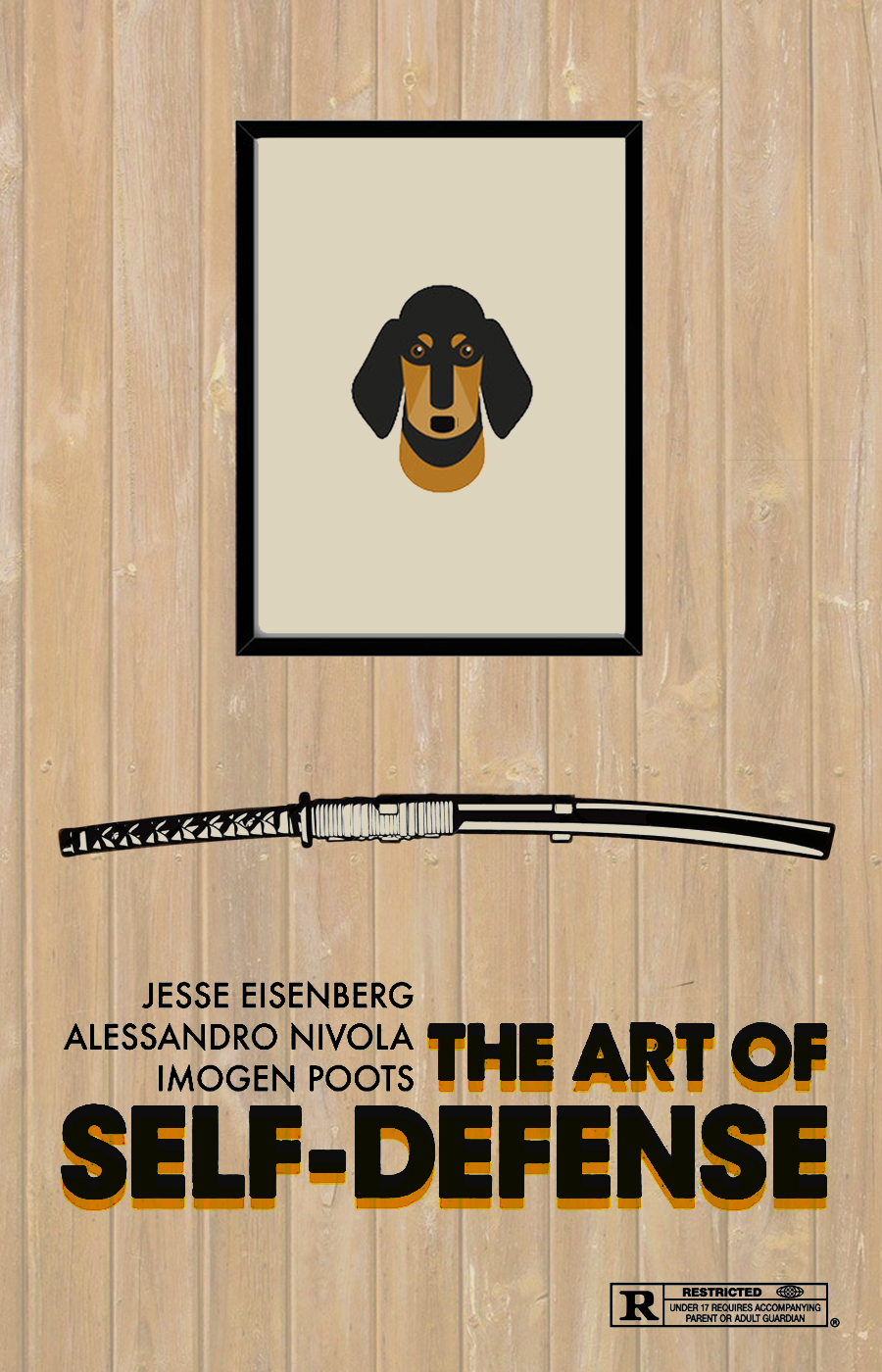 Masculinity. It’s what’s for dinner. 35-year old Casey (Jesse Eisenberg) is the cookie-cutter, mild-mannered accountant working in Corporate America that gets no respect and is a walking place mat that many step over. He lives by himself, with only a dog keeping him company. When his dog needs food, Casey walks to the store to pick up some, thinking nothing of it. His life is forever changed when he’s threatened and then brutally beat up by a motorcycle gang during his walk home.

Severely traumatized, he thinks about ideas on how to better protect himself and nearly settles on a firearm. That process is a lengthy one, which leads him to checking out the local karate dojo, led by the cool, charismatic Sensei (Alessandro Nivola) and his protege, Anna (Imogen Poots). His outlook as well as confidence begins to change, and as he progresses through the ranks, the Sensei senses unique potential flowing through his newest student.

Last year, one of Hollywood’s themes across many movies (see: Crazy Rich Asians, Blindspotting) was identity, how a person identifies themselves against what society attributes to them. We’ve still got a few more months to go, but one that seems to be prevalent this year is masculinity, and the one movie this year that has made no qualms about its addressing of machismo is The Art of Self-Defense, a semi-bizarro feature that feels like the younger, less developed brother of Fight Club and Sorry to Bother You.

There’s definitely an old-school pseudo love-letter approach employed by writer-director Riley Stearns. For one, the film’s setting is never explicitly revealed, though it’s clear that this isn’t exactly the 21st century with rudimentary technology, the aesthetic of the neighborhood grocery stores, and how the preferred method to viewing pornographic material appears to be a magazine. Two, karate nowadays is nowhere near as popular as it was in the mid 70’s-early 90’s heydays of Enter the Dragon, Bloodsport, and The Karate Kid. The Art of Self-Defense itself even looks like it’s been through a VHS filter here and there. All of this makes for a deliberately surreal film.

That surrealism slowly comes more to the forefront as The Art of Self-Defense gets deeper into its run time, and the second half stands as the stronger of the two, morphing into an uneasy drama-thriller. Crazy thing is, the black comedy actually pops better during this half, paired as a complement rather than the focus. Yes, it takes some time for TAOSD to find its roundhouse funny bone (this is molasses-like slow in parts), but it does; just don’t expect this to be laugh-a-minute laden. There’s a serious undercurrent permeating Stearns’ movie. His statement isn’t one that is shocking or surprising, and he simply states that the problem and potential answer to ending (or at least reducing) toxic masculinity starts and ends with the men of our society. We can’t fix the past, but we can fix the present. His ending is a great one which kind of obscures the fact that TAOSD is rather predictable when really thought about to an extent with some of its reveals.

Roughly two decades into his career, the proof is in the pudding that Eisenberg is a good actor, yet probably not the type of actor who can completely absorb himself into a role without still seeing his “Eisentricities.” The solution? Make a movie where his quirks fit right into the world, and/or his character depends on them (i.e. Mark Zuckerberg). The Art of Self-Defense is that movie and his Casey is that character; Eisenberg’s unorthodox but still uniquely charismatic persona gets exhibited here in memorable ways. Poots is kind of the opposite of that, proving to be a consistent changeable supporting cast member in anything she appears in. The real scene-stealer is Nivola, who finds the right tune of dry hilarity paired with a hidden menace. Hearing him opine on how metal music and getting anything of German descent is the ticket to all of Casey’s confidence ills is a scene that won’t be easily forgotten.

Operating with its own sense of Zen, The Art of Self-Defense registers as a relatively measured judo-style take down of an issue that has been under the microscope heavily over the last few years. Step into the dojo.

2 thoughts on “The Art of Self-Defense”