“Don’t let him win by bringing him back to life.” That’s a statement Cecilia Kass (Elisabeth Moss) hears from Tom (Michael Dorman), a lawyer who happens to the brother of Cecilia’s husband, millionaire tech whiz entrepreneur Adrian (Oliver Jackson-Cohen). A tumultuous marriage between the two has seemingly seen its conclusion, punctuated by Cecilia walking away from the relentless abuse and Adrian taking his life two weeks later. The rebuild isn’t easy, though sister Alice (Harriet Dyer) and family friend, Officer James (Aldis Hodge) are supportive.

However, something is lingering. Cecilia can’t bring herself to fully turn the page on her past, because her past is forcibly making its way into her present. From a failed job interview to seemingly innocuous occurrences around the house, she’s convinced that Adrian is after her. Stress makes people see and feel all types of things that aren’t there. Could she be onto something that’s invisible to the naked eye?

In the past year—especially if you’re on Twitter and are a part of the engaging and sometimes inane/pretentious #FilmTwitter—there’s been the occasional trending topic on what horror needs to be nowadays. High concept versus baseline thrills. Does a horror cease to be a horror if it leans more into societal horror? Discussion for another day. The new horror movie on the block, The Invisible Man, does both pretty solidly, working as a mirror to present-day issues and as a straight, baseline white-knuckled horror-thriller.

Writer/director Leigh Whannell has repeatedly mentioned that his one goal in adapting the famous H.G. Wells novel was simply making the Invisible Man character scary and intriguing again, and not something to be endlessly riffed by spoof movies or children’s cartoons. Like comedy, fright levels vary from person to person, but it’s hard to envision none of The Invisible Man failing to unnerve a viewer. The influences that Whannell—a horror historian—uses are evident. Some 21st century movies comes to mind immediately: 2008’s The Strangers (relentless omnipresent stalker(s)) and Whannell’s previous work, the under-watched Upgrade (body horror and kinetically chaotic camera angles in the final act). Through a combination of shifting POVs, static shots, and steady medium framing, Whannell and cinematographer Stefan Duscio rarely give the audience a chance to be completely comfortable, a key to a compelling horror. An edgy, classical/industrial score courtesy of Benjamin Wallfisch certainly helps in that effort, but it does toe the line between being too excessive in select moments. 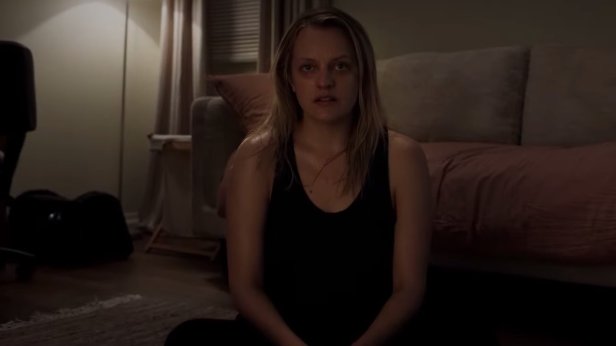 For all of the tight direction The Invisible Man features, its best aspect may be how it modernizes its character and subject. This isn’t some bandaged dude sporting glasses wheeling around in a wheelchair, or Kevin Bacon rocking a latex mask. The Invisible Man circa 2020 takes a (relatively) believable approach to invisibility, but smartly not delving all the way into the deep end logistics-wise. One other movie comes to mind when viewing The Invisible Man…that being Gone Girl. Similar to David Fincher’s last silver screen release, the theme of power dynamics in a failed relationship drives much of the script here written by Whannell, with the only major difference being that only one party’s to blame as opposed to the blame being shared. A few twists are subversive, others are telegraphed and exist for shock rather than sense. Still, this is not a film that will invoke boredom, that’s for sure.

This is also a film that shares one thing in common with a handful of recently released horrors from the last few years: It is likely to feature an actress that’ll undoubtedly go unrecognized by most award functions at the calendar end of 2020. Akin to Toni Collette, Lupita Nyong’o, and Florence Pugh, Moss turns in amazing work. completely selling the questionable parts that could threaten to come off as ineffective at best or comical at worst in the talents of lesser thespians. Her arc feels earned, because her vulnerability will be relatable to many. The focus is completely on her, but there’s not a weak member in the cast, whether that be Jackson-Cohen being subtly toxic, Hodge providing the right amount of levity, Dyer questioning the legitimacy of her sister, Dorman harboring begrudging respect for his older brother, or the teen Storm Reid getting a surprisingly amount of stuff to do. 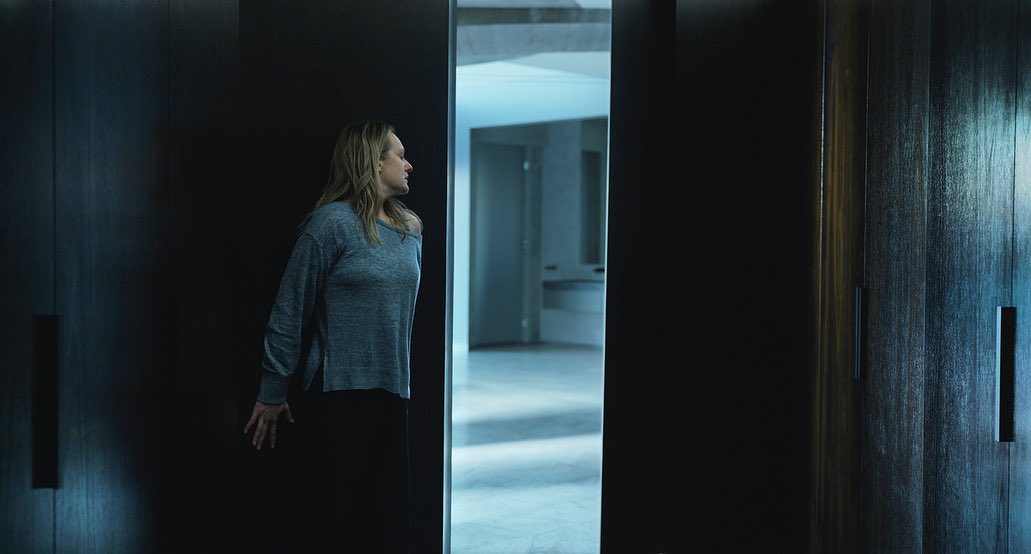 The perfect IP to remake may be a stretch, but if one were ranking stories due for an update, The Invisible Man would register high on the list given some thought. Outside of constant co-contributor James Wan, Whannell’s probably the best person to helm this endeavor in the fashion it’s intended. Whannell’s goal was making The Invisible Man scary and worth discussing again. I’d say he’s successful in hitting this desire.