Riches to the conqueror. As things stand currently for the Graham family, they’re going through a lot with the recent passing of the eldest matriarch. However, to say all of them are filled with immense grief would be incorrect. For Annie (Toni Collette), specifically, the relationship she shared with her mother was lukewarm at best and turbulent at worst, with extreme mental issues complicating their mother-daughter link. The one Graham who is taking it the hardest is Charlie (Milly Shapiro), a precocious but troubled thirteen year old.

Shortly after their grandmother’s death, peculiar occurrences manifest. Each subsequent peculiarity brings latent issues from the grave into the light, whether a painful memory involving Annie and her son, Peter (Alex Wolff), or the former’s issues of her own. Could there be some sinister forces at work? Or, could these events simply be Hereditary by nature?

Even as we’re all accustomed to this point with regards to the quality of features A24 churns out like clockwork, there’s still an exciting feeling that I get seeing that A24 analog logo appear before the start of a movie. I just know that what I’m about to watch is likely to be good, even potentially special. The buzz around Hereditary has been at a fever pitch, some calling it the scariest film since The Exorcist. Do I agree? No, but man oh man it is close, and a hell of a film, regardless of genre.

Horror has been a transformative genre of late, and the best ones over the last few years succeed at being more than just a vehicle for scares. Hereditary falls in that circle. It’s a fine example of a positive—and slightly misdirecting—trailer that points at one thing when the movie actually does another, unlike another A24 feature derided by many for its marketing in It Comes At Night. This is the full-length debut for writer and director Ari Aster, and he delves deep into the world of inherited issues to provide a foundation for what occurs later. He’s patient and methodical with the story he’s telling; maybe too much so early on as the first 15-25 minutes can feel as slow as molasses and in search of its footing. At the very least, once the proverbial s*** hits the fan—or post—we’re into these characters and their troubled familial bonds, and that makes what eventually happens all the more frightening and saddening. 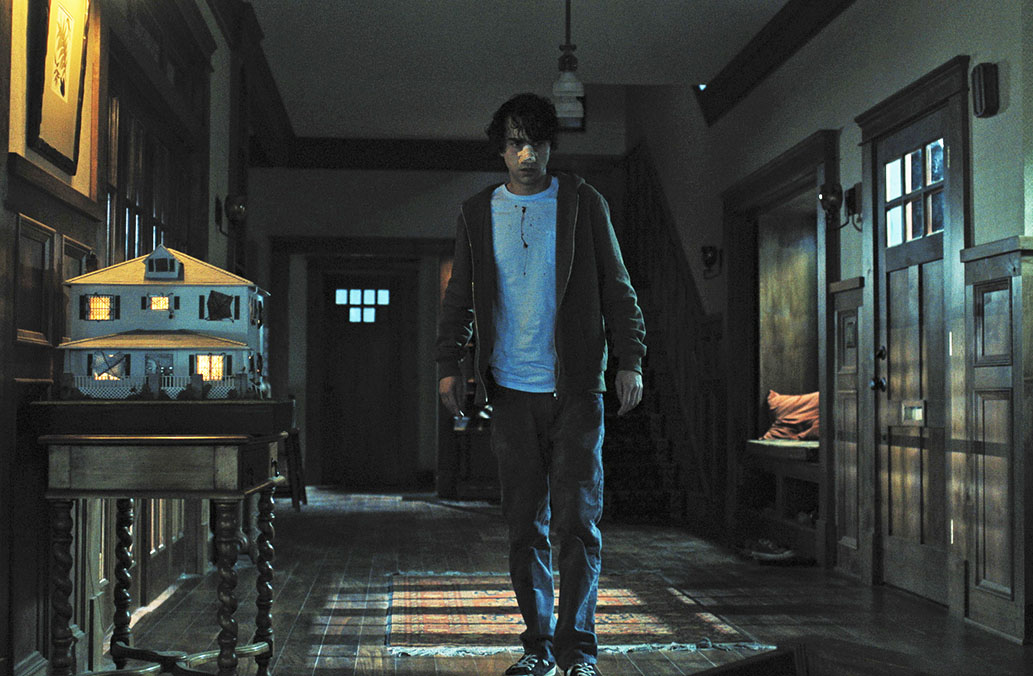 Immediately after Hereditary ended, my COFCA colleague in Chris Feil made an accurate statement in the form of a question (paraphrased): “Does anyone else feel like they need a long, long shower?” Aster’s movie goes to depths deeper than deep to leave a lasting mark well after conclusion. His steady, patient, and foreshadowing style accentuate the scares. While there are a select few of the jump variety, Hereditary earns a ton via the old fashioned way, through a heavy atmosphere, an uneasy cinematography courtesy of Pawel Pogorzelski, a burrowing score by Colin Stetson, and unforgettable scenes drenched with legitimately twisted imagery. Good luck getting some of the shots here out of your head.

For all of technical prowess and details applied and utilized, there’s no way Hereditary works as well as it does without the superb efforts of its cast. There’s an alternate universe in which this film borders on—or possibly even becomes—schlock, faltering with less committed and talented thespians unable to carry the shifting story. At the forefront of it all is Toni Collette, submitting a powerful turn for a tragic character with layers upon layers of meat.

The “mascot” of the film is Charlie, plastered front and center in the trailer as well as the poster, and played by fifteen-year-old Milly Shapiro, herself carrying a lot of responsibility as she’s the igniter that leads Hereditary down a dark path. Fully convinced that there must have been something in the water on the 2013 musical set of Matilda, as she also shared the limelight with the fellow fifteen-year-old and super-talented Oona Lawrence. Though he’s won a few awards here and there, this stands to be Alex Wolff’s breakout. He showcases significant depth and emotions as Peter starts out a basic, high school kid stereotype (distant, maybe too cool for school) and progressing to something extremely different than originally anticipated. His conversations with Collette are difficult to hear/view and go places even the most volatile mother-son relationships should never go. Last, but not least, do not overlook Gabriel Byrne, the father often taking up the role of mother and mediator in a situation that progressively becomes worse and worse.

Mentally and emotionally draining, Hereditary shakes to the absolute core as a drama and a horror. Anthony Brandt’s quote perhaps sums up the story best: “Other things may change us, but we start and end with the family.”