When writing about oneself, one should show no mercy. That’s the mantra Priest Toller (Ethan Hawke) has taken on. For an entire year, he’s committed to writing his innermost thoughts in a diary as a way of catharsis. Catharsis from the troubles he’s exposed to, which include, but are not limited to:

Faith and living on the path of the straight and narrow keeps Toller going, but as these matters get progressively tougher to deal with, Toller has questions about what is right and wrong, and whether his faith is misplaced in the wrong place. 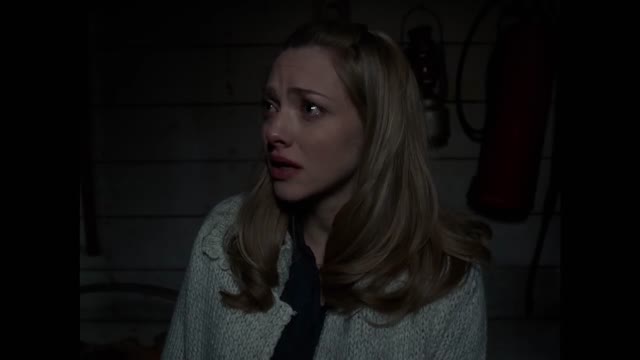 For a film that’s currently sitting at 98% on the ol’ Tomatometer, First Reformed feels like it’s starting to build a smaller yet vocal section of sinners….err…dissenters. Honestly, it’s not hard to see their viewpoint, especially after letting it marinate in the pulpit for a few days. Director Paul Schrader’s latest film tells a story rooted around faith and the 21st century version of Christian worship that is often more focused on the glitz and glamour than the actual message. There’s more to unpack as well, and it isn’t exactly presented with flawless execution. Still, First Reformed is consistently gripping, transitioning from drama to thriller almost seamlessly.

Schrader’s screenplay, like many A24 features, builds slowly but steadily. Gradually, contemplative issues are brought to the forefront, the main one being the lack of common ground that Christians and “implied seculars” have on environmentalism. This issue drives much of the plot but might actually be handled the clunkiest. That isn’t to say that Schrader fails to make this compelling. Quite the contrary, actually. Yet, it is kind of surprising how heavy-handed he can be; with the cringiest moment coming by way of a choir belting a tune about protecting the Earth on a toxic wasteland. It is this scene and a select few, say 2-4, that are good or great scenes that suffer from a lack of subtlety, or even in simpler terms, from an inability to know when to say “cut.” The ending in particular is a powerful one marred by a moment that goes longer than it needs to.

Schrader’s film is significantly bleak, reinforced by a score that isn’t so much a score, but one consistently ominous track appearing in the second half. Even the ending, which seems to point towards hope and redemption, is open for optimistic/pessimistic interpretation. The concept of duality is showcased in the obvious, ongoing fight between good and evil, the white priest robe and all black outfits Toller sports at successive points, or two doors in one room. Feels intentional, then, that Schrader bakes a good part of his feature aesthetically in tones of grey, maybe implying that little is completely black and white. One of the resonating points of his story (in my subjective opinion) is the idea of responsibility humans have to themselves, others, and the environment. It’s important that we treat terra firma with respect, and equally important we don’t postpone help when we know we need it, or postpone making a concerted effort to help others because “the timing’s not right” or because “it’s not that serious.” A vicious cycle can emerge from person to person when no supportive effort is made.

What holds First Reformed together is the strength of Hawke’s performance, which asks a lot of Hawke as the production goes on. Not just on screen, but off-screen as well via his diary narration. The escalating hopelessness, uncertainty, and resignation Toller carries in his voice sells the direness significantly and slightly more so than the words seen coming out of his mouth. The movie is his unequivocally, though Seyfried imbues purity and innocence into her aptly named character of Mary. In her resides the true and sole shred of light of this story. Others who appear in Cedric, Ettinger, and Michael Gaston are serviceable, though come off as caricatures or plot points rather than secondary characters who carry depth.

Divine intervention, or pure blind luck? Perhaps not as refined as expectations would lead to believe, First Reformed nonetheless happens to be a somber, dark, and mostly effective moralistic journey.