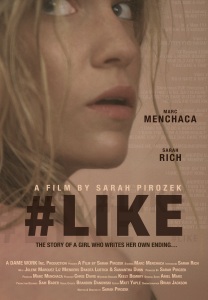 Yet another primo exhibit on why so many corners of the Internet are the absolute worst places to be. It is a one year anniversary for Rosie (Sarah Rich), a teenager in Woodstock. However, this anniversary isn’t something worth celebrating. The timing marks one year that she lost her younger sister, Amelia (Samantha Nicole Dunn), to an unfortunate incident sparked by the anonymous dredges of the Internet. Rosie feels guilty, as she was not as present as she should have been in seeing things were not quite right with Amelia.

Her guilt leads her down a path of (mostly) self-sleuthing, with some help from one of the local boys she takes a liking to in Rory (Dakota Lustick), a computer whiz. The search funnels to a handyman contractor (Marc Menchaca). She’s certain he’s the one behind her sister’s demise. This contractor will pay.

The last year or so has found Hollywood taking and making some really deep cuts at society’s ills towards women, serving as another cipher for the #MeToo movement. Some of the best movies released last year in The Invisible Man, The Assistant, and Promising Young Woman used this in some way, shape, or form as their plot core and theme(s). And that is not counting documentaries. This boom isn’t going anywhere, nor should it, and #Like—generic title aside—continues in that subject area as an indie flick with obviously not quite the detail as those other mentioned movies, but is worthy of being mentioned as an early year surprise.

Stepping from shorts and television to her first feature effort is writer/director Sarah Pirozek. Pirozek’s full-length debut is confident in trusting her audience to put together pieces of what happened. Over time, particularly at the end, we get a monologue of the specifics, but she uses her story’s medium (social media) to fill in the gaps pertaining to Amelia’s death. Giving a bit of the movie away, there’s a vibe of Denis Villeneuve’s Prisoners throughout, to the point where I’d be shocked if it weren’t an influence on Pirozek making this film. 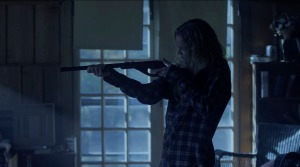 At about 93 minutes, #Like is a pretty lean thriller, rarely a bad thing for a thriller movie to be. It moves at a quick clip. The mild trouble is, with the feature being so contained with respect to its amount of characters, it’s easy to get a feel for what the twists end up being. As such, it can make #Like feel somewhat contrived. And at times, the believability in plan execution is stretched; not so much a pacing problem but a progression (0-to-100) problem. All said, the ending is solid, working as closure in a known but no less unsettling statement. The Internet connects us and keeps us at arm’s length from one another.

In a film so small and contained, it puts more onus on the cast, specifically the central character, to carry the load. In #Like, that pressure falls to young Rich. She is game, very believable as a teenage sister pushed to the brink of exacting justice at any cost. Her main dance partner is the TV veteran Menchaca, who gets put through the ringer as the target of Rosie’s malice. Their interplay makes the movie. Outside of it, #Like isn’t as interesting. A half-baked love plot with a local boy played by Lustick is kind of short of chemistry and intrigue, and only in the final 15 minutes does it seem to serve a shoehorned purpose in the story.

Still, there is a hook that keeps viewers interested from the start to the end. Not without its dead zones, nevertheless #Like dials up a compact cyber-oriented thriller fitting right in with today’s topical themes.