Welcome back to another entry that deals with the music behind the feature films. If you missed Parts 1 2, and 3 you can find those here, here, and here. Let’s do it.

Despite being completely different movies, I’m convinced that Thomas Newman was influenced a little by the score he put forth in Bridge of Spies and used that for a little direction towards the score to Finding Dory. Listen to Hank and Jewel of Morrow Bay and then to these select tracks from BoS:

Similar sounding just a tad, right? And if one thinks about it, you could draw similarities in plot between Dory and Bridge…right? Not two movies I’d ever mention in the same sentence, yet I can’t go without thinking of the other movie now whenever I listen to the score.

The Infiltrator (composed by Chris Haijan) 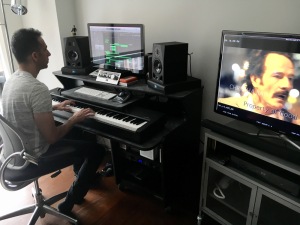 So Who Is She?

It’s a strong likelihood that if a movie takes place in the 80’s and/or cocaine factors heavily into the plot, its score will be 80’s style synth-heavy. The Infiltrator, composed by Chris Haijan, is no different. The score, though not rhythmic or featuring a particular motif, is moody and somber. Like the movie itself which builds and builds, the score, while not exactly building upon itself, sort of does and by the end, punctuated by The Wedding track, the weight of what Robert Mazur has done and how it affects everyone around him is felt.

The Legend of Tarzan (composed by Rupert Gregson-Williams) 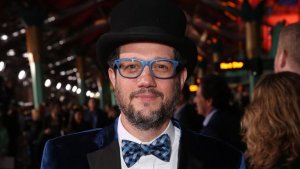 The Dance of the Nebula

Aside from Hans Zimmer himself, I’m not sure if there’s a bigger composer today than Michael Giacchino, the man behind the music of Jurassic World, Up, Inside Out, and Zootopia, not to mention the upcoming films in Rogue One and Doctor Strange (really excited for what the latter will sound like) to name a few.

Honestly, it is a little hard to step into franchises that already have established sounds and motifs, like the Jurassic and Star Trek franchises have. Under Giacchino, the Star Trek theme sounds as noble and rich as it always does, but it is the tracks for the action sequences that are the real winners here in my opinion, getting the benefit of a full orchestra and vocals to create harrowing sounds in the vastness of space.

Lights Out (composed by Benjamin Wallfisch) 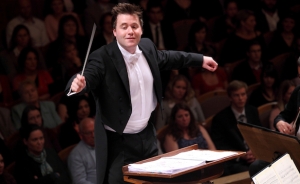 Keep The Lights Out

No You Without Me

“(Director) Sandberg was keen I write a score with very strong themes and emotion at its core, which is pretty unusual for horror films.”

It isn’t everyday where you see a horror film have such a pretty good family dysfunction dynamic. As many have said, this is really a story about a dysfunctional family more than some ghostly apparition. Of course, one does get some musical tracks during the runtime that set the scare tone, notably, the opener Keep The Lights Out, which accompanies one of the best opening horror scenes in recent memory. But pieces like Rebecca’s Theme, No You Without Me, and Sophie’s Mind are more emotionally stirring than one would anticipate in a horror movie.

Vote Yes or No

I can’t believe how good Nerve’s score is, and if I’m being honest, this isn’t the belief I held when I originally posted my thoughts. Maybe not good in the sense that it helps me understand the movie more and draws emotion out of me good. But good in that this really is a stylish score for yes, a stylish movie. Shocking really.

It’s 80’s sounding, not in the way The Infiltrator sounds, but more like a TRON or old school 80’s video game. I close my eyes and I hear a lot of Mac Quayle (of Mr. Robot fame) mixed with some poor man’s Daft Punk (Random Access Memories to be specific). In particular, the track Verrazano is probably one of the best things I’ve heard all year.

Jason Bourne is more or less a retread of the movies that came before it in the series in just about every facet, score included. It is what it is. There’s still some good, though. The tracks above feel apt for a Bourne movie, spy-like but also in possession of just enough grit. But there’s only one song/cue that I equate Bourne with, and even with the disappointment the new Bourne carries, I couldn’t help but smile when this came on at the end after Bourne of course outsmarts another corporate puppet. 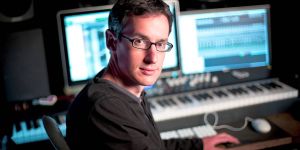 That’s How I Cut and Run

The Worst of the Worst

Nah, Suicide Squad ain’t perfect. But, it has its moments. Even in the “dark, dimly lit slog” (taken from Mark Hobin at FastFilmReviews.com), one can see that there is an extremely fun (and dark) film just waiting to be mined.

I really enjoy some cuts from this score done by Steven Price. Some of the best cuts, posted above, effectively get across the psyche of this collective group. They’re bad people scarred figuratively and literally beyond belief, but many are looking for redemption and actually do have a soul. Across a couple of tracks, Price creates some motifs that could be summarized as “dark heroism.” I’d love to see Price get the opportunity to score the sequel.