My Tweets
Posted on August 30, 2016 by MovieManJackson

Welcome back to another entry that deals with the music behind the feature films. If you missed Parts 1 and 2, you can find those here and here. Let’s do it.

Papa Was a Rolling Stone (The Temptations)

Theme from The Nice Guys

All due respect to John Ottman who is a solid composer (his theme for the movie hearkens to classic 1970’s cop TV), but his work is overshadowed by the brilliant licensed song selections that make up The Nice Guys.

This is one of those rare cases where the soundtrack absolutely does more for the movie than any score. Starting with The Temptations classic, the music just works at setting the audience into the 1970’s. But the real highlight is the house party around the middle of the movie that features the two Earth, Wind, and Fire songs along with the Brick song. Just pure fun escapism. 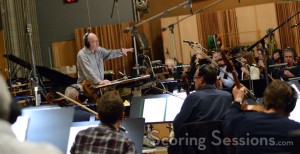 Ahh, there he is again! Apocalypse’s big entrance is treated with all of the horrific grandeur he deserves in X-Men: Apocalypse. The vocals (Latin, maybe?) add a layer of scale and “giganticness” that is fitting for someone such as Apocalypse. This track announces that stuff is about to go down whenever this mutant is on screen. This track would be right at home in say something such as God of War.

Things in My Jeep

Popstar: Never Stop Never Stopping is a comedy that might end up being more appreciated years down the line when it is played on VH1 than it is now. While it can be debated if its premise is stretched (I actually don’t think it is), Popstar’s shining light is its soundtrack done by The Lonely Island trio, which satirizes today’s vapidness, stupidity, and obliviousness that comprises a good chunk of the most popular acts, to amazing hilarity. The crazy thing, though? As bad as the songs are intentionally supposed to be, they are quite good and could easily be played on radio.

The Lobster (soundtrack by Various Artists)

There’s a little bit of beauty and tranquility that exists in The Lobster, but much more coldness and bleakness. The classical music fits the color palette and the bizarre events that take place, especially in the hotel. It’s a perfect musical choice (most of the songs chosen are covered by modern orchestras surely due to the price tag needed to secure the originals for this move). I’m sure I could be wrong, but I play The Lobster back in my head and I don’t know if it can be scored with traditional music.

Now You See Me 2 (composed by Brian Tyler) 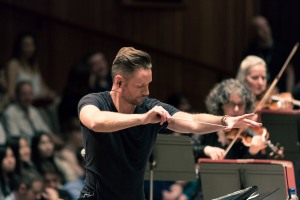 Brian Tyler, to me at least, has always been a steady hand as a composer, making many notable contributions to big time movies and franchises like Iron Man 3, Age of Ultron, and many installments in the Fast and Furious saga. I like to think that sometimes it takes a second movie for a theme to truly stick, and he’s made a good one that accompanies Now You See Me 1 and 2. The magic and overall movies have sort of been a letdown, but the main theme is exciting and adventurous. I just wish the entire movies were like it. His score is easily the best part of a otherwise magic-less movie.

A Messenger Walks Among Us

Are We Having a Party

I love doing this yearly look at scores/soundtracks to the movies I watched, but there are obviously a few that I am more interested to revisit compared to others. Once the title track to Refn’s latest started the movie, I knew this was going to be an entertaining-sounding composition.

Nicolas Winding Refn is an interesting director, no doubt, often choosing to tell stories with visuals and sounds than actual dialogue or completely cohesive plots. He may not always make sense, but you can’t take your eyes off of the product. Like Refn’s many scenes in The Neon Demon, Cliff Martinez’s score (also composed Drive and Only God Forgives) is mesmerizing throughout with the moody synths, and it is actually a score that works well as a standalone listen. You can’t take your eyes off of The Neon Demon, and you can’t turn your ears away, either.

The Shallows (composed by Marco Beltrami) 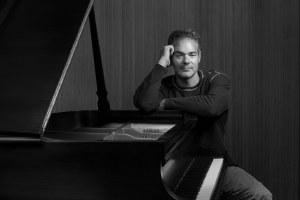 Contrast The Neon Demon’s score with that of The Shallows. Beltrami’s work here isn’t that memorable listening standalone, but best listened in immersion, surround sound, in a theater. The two tracks posted above are shark-like, not in your face, but constantly present and frightening. No, nothing from The Shallows is going to be iconic sound-wise as Jaws‘ classic theme, but within the move it sits nicely.