The Edge of Seventeen (various artists on soundtrack, composed by Atli Örvarsson) 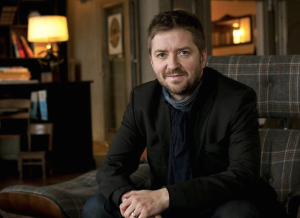 The Edge of Seventeen uses licensed music to accompany its scenes and convey the feelings of the main character Nadine. But near the end, composer Atli Orvarsson delivers an original track that captures the awkwardness and trouble of being seventeen and seemingly alone in the world. It sounds profound, yet basic, tragic, yet somehow uplifting. It’s hard to describe, but it encapsulates so many emotions…which is sort of what being seventeen is like, feeling like you know everything one moment, and then discovering minutes later you don’t.

Walk To The Capitol

Regal and haunting are the sounds I hear in Mica Levi’s score of Jackie. Regal is an apt descriptor for the woman often known as “The Queen of Camelot.” Haunting is as well. The heavy and slow usage of strings makes for a sound that seems to paint the sad psyche of The First Lady in an obviously troubling period in her life. The Jackie movie I honestly don’t remember much of. Mark Hobin says it best in that it is “… a film that almost dares you to enjoy it.” Yeah, the score does tower over everything sometimes, but it still is quality work.

If Jackie‘s score is on one side of the volume spectrum, Lion’s score is on the other side. Co-composers Hauschka and Dustin O’Halloran opt for more of a quiet and subdued approach when it comes to allowing the music to tell the story of a few moments. Lion’s theme, heard consistently throughout, is a piece of music that feels befitting of a character who’s on a personal journey to make it home, equally tragic but hopeful and optimistic. Many of the songs also feature a tad bit of distortion that seems to illustrate the confusion the lead character goes through. On its own, the music is somewhat unmemorable, but in the film, it works better. 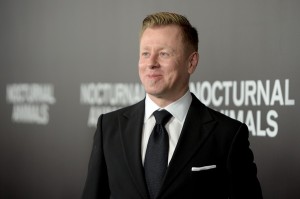 Wow, there is power that exists in just about every track of the Nocturnal Animals score. I have been been using “layered” a few times when writing about specific scores and cues, but the word probably applies the most to the music of Tom Ford’s latest. The score can be unnerving (Off the Road), hypnotizing (Wayward Sisters), and introspective (Table for Two). Minimalism seems to be a common thread in most of the memorable film scores this year. Composer Abel Korzeniowski relies mostly on rich strings and precise piano keys to inbue mystery and emotion into the proceedings. Adds a lot to the on-screen events, but works magnificently as a standalone listen as well.

Manchester by the Sea (composed by Lesley Barber)

Manchester by the Sea Chorale

Yes, it’s true. Manchester by the Sea packs an emotional wallop. The most affecting scenes are the ones in which nothing is said, and the score done by Lesley Barber is completely highlighted. 2016 may be the year of the strings as it pertains to film music, and Barber’s usage of them here gives the production a “sea-like” and coastal feel. But it is the vocals that stand out the most in the chorales and the a cappellas. They speak to the soul, like going to church. I think Catholic when I hear the vocals, which hearkens immediately to Boston and Massachusetts, a state that has a large population of Catholics. I think it all goes hand in hand with creating the working class, everyman setting that Manchester by the Sea carries.

Another Day of Sun

Someone in the Crowd

I probably should have just posted the entire soundtrack, but most of my audience likes the highlighted tracks to click into! Regardless, there’s not much more I can say about the soundtrack and score to La La Land that hasn’t already been said and probably better than I can describe. Yes, soundtrack and score because both are key components to the storytelling.

Most of us know the big tracks, like the opening number on the freeway (Another Day of Sun), or the sunset duet (A Lovely Night). Every song that a cast member contributes to is memorable and important, yet the score by Justin Hurwitz a little more so, as it covers more emotion than the songs don’t always do. While inspired by the old-time musicals, this is extremely fresh and vibrant. Hurwitz says it best; as “…[the score] was never intentioned to feel or sound old-fashioned.” The music helps to tell the story. This feels and sounds like it could have happened in any decade.

This is the last post of the Music in Movies 2016 series. Granted, I’ve missed a few films, simply due to them not playing yet (Hidden Figures, Live By Night) or a lack of time (Moana). But I like to think I’ve got the bulk of them that deserved to be talked about and recognized. And again, these are my personal highlights. If there’s anything you think I missed, comment below!

To officially end it, my personal 10 favorites scores/soundtracks of 2016, taking into some account standalone listenability: