Welcome back to another entry that deals with the music behind the feature films. If you missed Part 1, you can find that here. Part 2? Let’s do it. 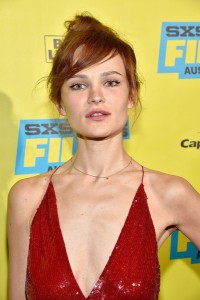 Hardcore Henry, for my money, is awfully shallow, and I guess I shouldn’t be all that surprised, thoughI think the setup was there to be more than it was. Still, shallow or not, it’s got a vision. It’s a film that I could see being shown in many a film class, with its dedication to POV.

It’s also a film I could see being shown, if such a thing exists, in a rave/concert setting like a DayGlow or a UltraSound. The score is very industrial, steampunk sounding, kind of surreal, and a little trippy. These are all words I’d use to describe Hardcore Henry.

David Wingo’s Midnight Special score is not of this world in sound. Not to say it is filled with tons of zany timbres or patterns, but one listen of a few tracks, especially the eponymous title track to the film, immediately paints a picture of the oddity the viewer is about to see with its hovering piano keys and underlying synth. However, as dark and as uneasy as the title can sound, there’s always an element of safety and calm present as well.

One would hope that a score for something called The Jungle Book would be lush and colorful, like a jungle typically is. John Debney’s work here, while surely inspired by the original, feels more modern. Everyone thinks about the sung music numbers when The Jungle Book springs to mind, but the real highlights are the tracks that accompany the few action moments. They’re melodic, but also appropriately intense.

Henry Jackman’s opening track to Civil War (at least for the first 2:25) sounds “Frankenstein-ish” in nature, very deliberate (the Mission Report December 16th, 1991 is very deliberate) and the nightmare motif that signaled the Winter Soldier’s arrival from the prior film makes its way back here, ensuring continuity.

Compared to his work on The Winter Soldier, Henry Jackman’s score in Civil War is a little of a slight disappointment. Much of its sound isn’t all that memorable or worth remembering, in comparison to the cuts on its predecessor that gave that movie a more thrilling feel along the lines of a spy feature. Still, there are some very good cuts, like The Tunnel and Civil War that are self-explanatory in context of the film and do a great job of giving a feeling of raised stakes, even if some of these changes and intra-squad battles may be forgotten by the time Infinity War rolls around (I actually don’t think they will be). Cap’s Promise ends the movie on an introspective, yet hopeful, note right before the main theme kicks in around 1:43.

Happens more often than you think. Yours truly having great admiration for a score but indifference to the actual movie the score appears in. There’s something about Money Monster’s modular music that adds to the overall aesthetic. Opening Bell is an attention-grabbing opening musical piece, encompassing all of the nonstop permutations, formulas, and money transactions Wall Street fields every daily second. It makes sense that this core theme is held throughout, with the only additions sometimes being a piano, a slowed pace, or some strings for the desired effect.