Welcome back to another entry that deals with the music behind the feature films. If you missed Parts 1 2, 3, and 4, you can find those here, here, here, and here. Let’s do it.

Probably an unpopular opinion, but the best moment of Sausage Party for yours truly, even though I knew it was coming, isn’t the end but the moment in which the anthropomorphic food stuffs thinks it is in The Great Beyond, only to see that it is a horrific myth.

The musical piece that accompanies this particular moment fits perfectly like a sausage (or hot dog) in a bun, starting out super serene and bright, only to devolve into something that feels like it should be in 300 or God of War. It’s an unforgettable moment composed by Alan Menken, the man behind Disney classics like The Little Mermaid and Beauty and the Beast.

Trapped in the Car

Want harmony or really rhythmic horror cues? Don’t Breathe isn’t the score for that. But, if looking for truly dissonant and incongruent sounds, Don’t Breathe provides that in spades. Composer Rodrique Baños takes most of his sounds from common household items and/or actual industrial tools. Listen closely in Indoor Chasing, for example, and you can hear a faint alarm go off.  Or heavy chimes and tin cans being banged on in Trapped in the Car. Creaks, hinges, scratches, and the like all add up to an additional level of claustrophobia for the movie.

Dust of the Chase

There’s real introspection to the Hell or High Water score, and it makes sense. The movie is by and large a character study of three, possibly four, very layered characters, all with their own inner demons. Above all though, the score just feels old-school western-y, very atmospheric with really full sounding violins/violas and underlying bass. Additionally, each licensed song like Outlaw State of Mind seems to place the viewer right into the mindset of the main characters; these are really well selected. 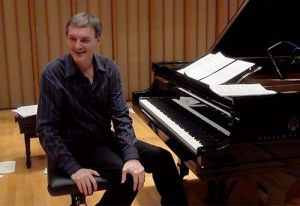 Some people have described Sully as “your parents’ favorite movie.” Take that as an indictment on its quality or not, but Sully so obviously has an old-school vibe to it, including the score, which seems lifted from the 50’s era in its light jazz.

I like it. I like to think a good amount of the score is a reflection of the film’s titular character; so cool and composed, yet still nervous in the face of the Hudson fiasco, except he can’t show it and has a job to do. At the very least, the score is great easy listening before bed, right? 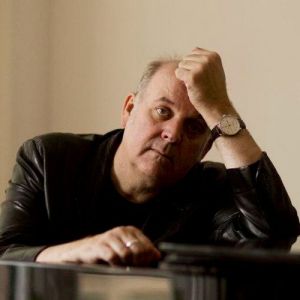 I wouldn’t expect music for a movie featuring a character who deals a lot with the Internet, and the inner workings of how it can be exploited to “Big Brother” the population to be grandiose or full of emotion. Most of Snowden‘s score is as such, not calling a whole bunch of attention to itself, but just there enough to be noticeable. As one would expect with its computer/information highway driven story, many of the cues are electronic, and somewhat dark.

Coincidence or not, it is interesting, however, that the few “natural” pieces of the score come during times of the movie in which Edward is taking a step back from his intrusive career. Maybe they’re used to imply that people are happier and simpler when they’re not knee deep in technology. Something to think about.

Something just feel right in the fact that the late great composer James Horner’s last contribution to Hollywood happens to be a Western movie, a genre that in all of its expansiveness and sprawling flatland lends itself nicely to the rich sounds that Horner so often utilized.

Horner has all of the key cues one visualizes a Western having. The dark introduction of our villain. The mano e mano standoff(s). The last ditch frantic suicide run. And of course, the heroic sendoff for our heroes as they save the day. True, nothing compares to the iconic Bernstein Magnificent Seven 1960 theme, but that’s OK, especially when considered that Horner wrote this before his fatal crash as a surprise to director Antoine Fuqua. As unorthodox as that is, some guys just have it. Horner had it. You will be missed, James.