What happens in Vegas never truly stays in Vegas. Derrick (Michael Ealy) is sort of in a rut; not professionally, but personally. Professionally, he’s the head of a successful and black-owned sports agency alongside longtime friend and business partner Rafe (Mike Coulter) that is on the cusp of being purchased by one of the big guys…should he want that. Personally, he is experiencing turbulence with his wife of seven years, Traci (Damaris Lewis). Their vibe seems off. Derrick suspects cheating, but nothing confirmed.

On a trip to Vegas for a bachelor party, Rafe suggests he blow off steam for 24 hours and “not be married.” Great idea! At the club, he meets Valerie Quinlan (Hilary Swank), she too blowing off steam because her job is demanding. Things get hot and heavy, and while it is a mistake Derrick regrets, he only has to live it once. That is, until an incident puts Derrick in the crosshairs, where it is soon revealed that Valerie’s demanding job is her as a detective. She has been appointed lead in his case which is sure to be a conflict of interest.

Longtime readers/followers may know of my affinity for a genre I’ve collectively referred to as the “psycho stalker” genre. You know the one, essentially started by Clint Eastwood in Play Misty for Me, peaking with Adrian Lyne’s Fatal Attraction in the late 80’s, and always staying consistent in its production (probably due to how cheap they are to make) with movies like The Perfect Guy, Fear, Swimfan, Unforgettable, and The Boy Next Door. Hey, not all of them are good, but in possession of one-two aspects, they can be entertaining diversions. Enter Fatale.

Over the years, Deon Taylor (still in ownership of one of the greatest IMDB bios of all time) has cemented himself as one of the busiest directors in Hollywood. Save for 2017, the man has directed a movie every year, with another four in pre/post-production. Whether it’s The Intruder, Traffik, or Black and Blue, his love for thrillers can be seen. Fatale is his most erotic(ish) and stylish offering, making use of the glitzy Vegas locale, the posh LA hills, and his two attractive lead co-stars. Like all his works, his direction is perfectly steady, with one of his better scenes showcasing a recollection of something that may or may not have happened in the way Taylor initially positions it as. 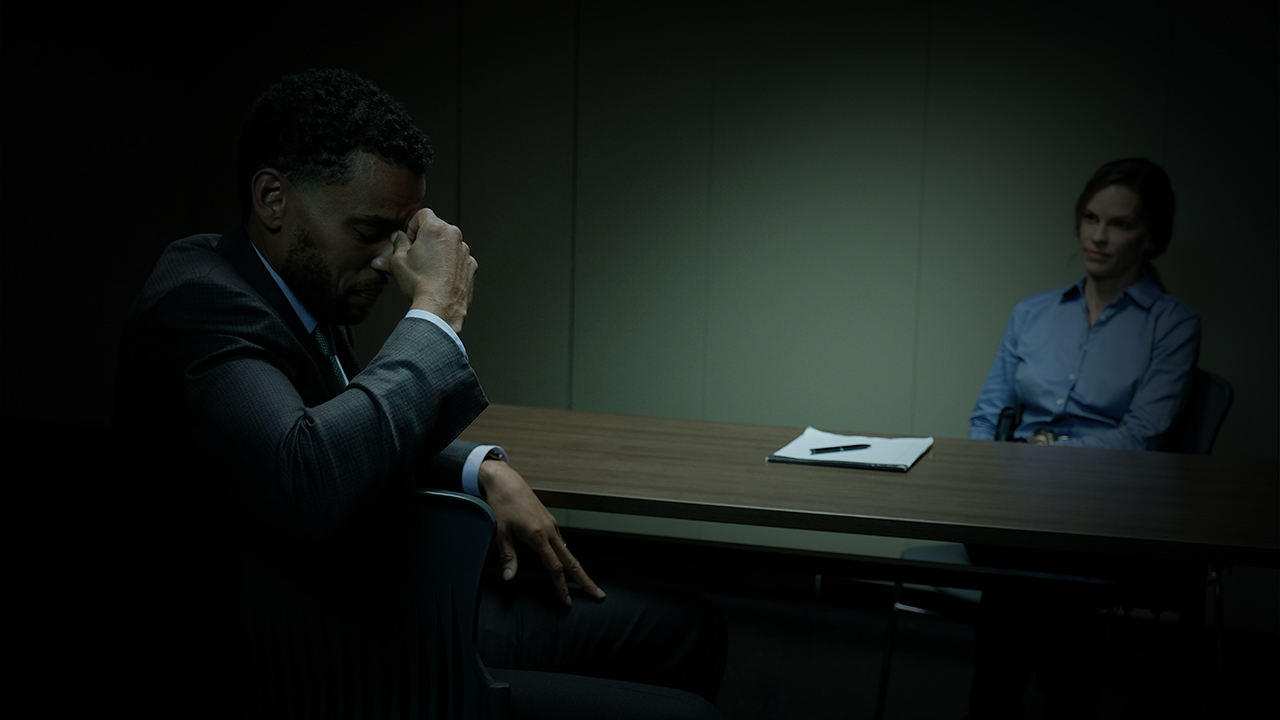 As scripts in this subgenre tend to be, Fatale features deaths alongside twists and turns, some of which add to the energy and others that are of no surprise to anyone with a working history of these movies. Written by David Loughery (also paired with Taylor in The Intruder), there’s a “whodunit” aspect to the proceedings alongside an attempt at giving Swank’s character another dimension through past trauma shared with Danny Pino.

Unfortunately, that effort doesn’t lead to any more depth, as almost everyone of notable importance in the film is prickly, sex addicted, psychopathic, or gang-banging. Two character decisions specifically feel the result of plot necessitation. Lougherty’s script does have something to say sociologically about the ownership of power and who controls the chess pieces; it’s never explicitly mentioned but the dialogue Detective Quinlan uses shows her to be very aware of her ability as a law-enforcing white woman to control the narrative literally and figuratively in a case featuring only black people.

Speaking of Detective Quinlan and the woman who plays her, Swank appears to be having a good time. More or less, she’s in a similar role that appeared in Logan Lucky as a law enforcement agent. However, the fit here is better than her last-minute addition there, and she passes my point-blank axiom in whether these movies in the genre can offer baseline fun. It all comes down to the individual playing the antagonist, and how adept they are at playing crazy. Are they easy to buy as being bonkers? Do they find that early movie sweet spot where there’s something just a bit off about them, but still feel enough like a real person and not a caricature? Swank passes the test. Her chemistry with Ealy does not set the world on fire, but rarely do these flicks rely on two people having impeccable chemistry.

Killer quality? Not exactly. Better has existed in this genre, but Fatale is a dependable offering that manages to fill a void for fans that don’t always get them.