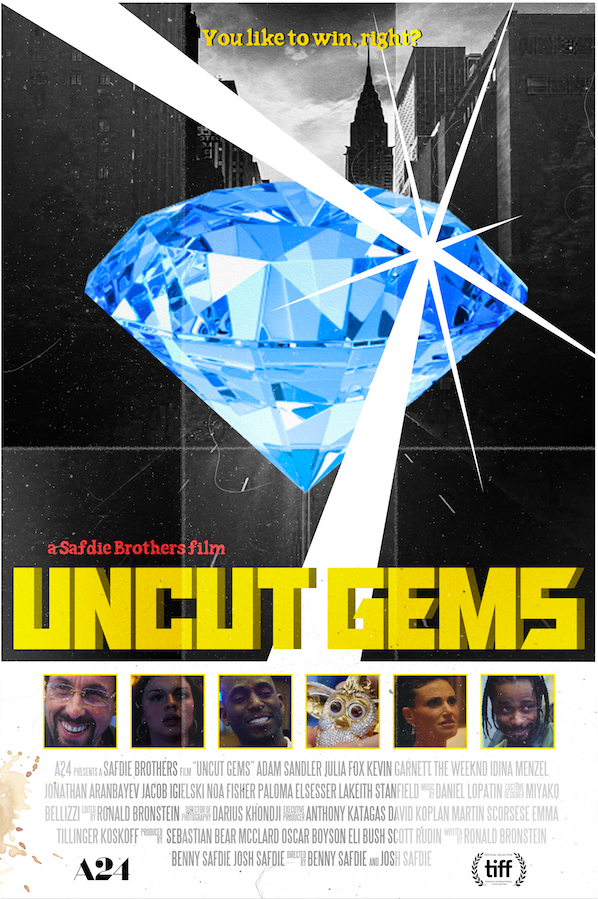 The power of the rock will always remain unparalled and undefeated. New York City jewelry store owner Howard Ratner (Adam Sandler) has managed to secure a rare, beautiful rock that has embedded in it valuable gems that hook anyone who looks at and holds the rock. They feel powerful…which is how Howard feels when Kevin Garnett comes to his store for the first time looking for some new bling. He settles on Howard’s gem rock, which technically isn’t for sale, but Howard’s a betting man who makes a trade for KG’s championship ring in exchange for him harnessing the power of the rock for an important Game 3 playoff series.

With the superstar’s ring in tow, Howard pawns it to get money to make a series of big bets. Because if he nails, he’s going to be rich. More money to take care of his mistress, Julia (Julia Fox) while tending to an off-again, on-again marriage with wife, Dinah (Idina Menzel). All that said, timing is everything, and Howard long owes people for past failed bets and borrowed cash. Time to pay the piper, and the piper never waits for the possibility of a bigger payday.

If Josh and Benny Safdie proved but one thing (and they proved a lot of them in their last movie of Good Time), it’s that they excel in telling a spiraling story that features a morally questionable (at best) human being attempting to get through a situation, whether that be a night to break a jailed brother out of a hospital, or in the case of Uncut Gems, a series of rapidly escalating close-calls and legendary f**kups. They’ve cemented their own topsy-turvy style.

Uncut Gems makes use of a famous ex-NBA superstar, so despite it being a different sport, let’s use a sports simile. A huge part of watching The Safdie Bros. latest flick feels like a quarterback being relentlessly blitzed, and the signal caller either figures it out and adapts, or they’re hopeless in solving the defense. After an intro scene that sees how the gems came to be, the duo drops audiences right into the dizzying, chaotic world of Howard’s. Concurrently, his world is gritty and, as incongruent as it sounds, otherworldly and alien, courtesy of cinematographer Darius Khondji. Howard’s jewel store, cool blue hues and all, is one of the more unique and panic-inducing rooms featured in movies this year. A score by Oneohtrix Point Never (also known as Daniel Lopatin) is edgy and perpetuates unease throughout.

Even as Good Time had a singular story focus (a brother trying to rescue his brother through manipulating others), it was semi-unconventional in its approach. However, Uncut Gems makes it look uber-methodical by comparison, and the general approach here—or rather, lack thereof—is likely to turn off many viewers. The tale is very much through the eyes of its “protagonist,” who’s plans are anything but thought out, and the screenplay itself gives off an impulsive, sort-of freewheeling vibe. Not what everyone will prefer, but it’s certainly unpredictable. Nary a moment goes by where Uncut Gems isn’t dark, it’s characters always on the verge of a breakdown if they’re not already broken. Being civil doesn’t exist in this world, only shouting and mile-a-minute talking gets these people anywhere.

Another quality The Safdie Brothers have shown is an interest in taking unknowns and non-thespians and putting them in positions to succeed. The threesome of Garnett, The Weeknd, and Mike “I Nevah Said Dat!” Francesa would be the answer to the Jeopardy! question of “Who are the three most unlikely people to appear together in a cast list for a film?” And all three (granted, The Weeknd and Francesa have little screen time) hold their own, with Garnett being a revelation, channeling his legendary on-court intensity into a role that means a lot to this feature that has him as third-billed. Fox reveals herself in her first full-length work as more than aesthetically pleasing. The eclectic Stanfield will never be out of place in anything.

But the man of the movie is Sandler, a dynamic actor when he picks projects that allow him to be. The funny thing is, Uncut Gems is pretty amusing without aggressively hunting for laughs, with each successive leak his character tries to plug springing another bigger one. Howard’s not a person to get behind; he lies, stalls, cheats, and misdirects to further his aim and stay alive. He’s a pathetically crappy human being, which makes all the flubs and his reactions to them more hilarious. As bad as his character is, Sandler gives him the slightest shred of likability and the belief that maybe, just maybe, if we stick with him long enough, we’ll see him turn things around. 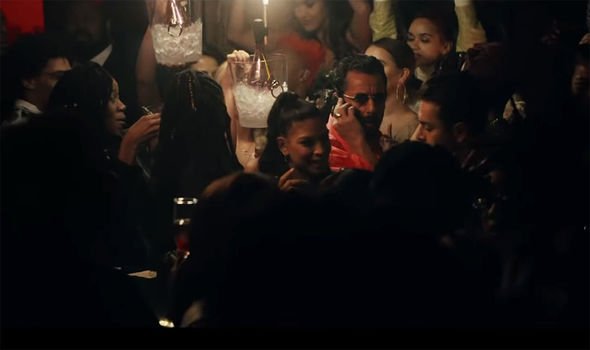 Uncut Gems will not be for everyone. For the rest, it’s one of the best movies of the year. A gem out of the rough, if you will.

One thought on “Uncut Gems”