Better to be crazy than wrong. That’s the mindset that Richard Jewell (Paul Walter Hauser) takes into his law enforcement career. He’s a stickler for following the rules to a T, from his time serving at Piedmont College as campus security (that sees him fired due to being a “badge-wearing zealot”) to his security job working the 1996 Olympics in Atlanta. His attention to commitment and detail sees him notice a suspicious backpack at Centennial Park during a concert, revealed to be a bomb. While the bomb still detonates, the fatal bloodshed it could have caused is tamped down due to the efforts of Jewell.

The media hails him as a hero. Three days later, the same media claims he planted the bomb and alerted authorities to fulfill his need for recognition, as Richard never became an officer. People like reporter Kathy Scruggs (Olivia Wilde) and FBI Agent Tom Shaw (Jon Hamm) have put the 24/7 spotlight on not only he, but his mother, Bobi (Kathy Bates) as well. In the face of a white-hot investigation, Jewell turns to a lawyer and friend from his past, Watson Bryant (Sam Rockwell), to clear his name. 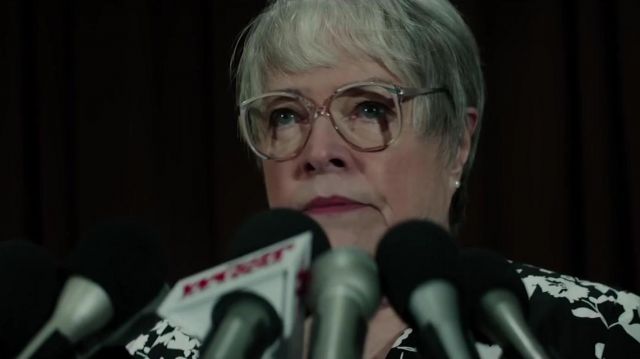 Examining people (both real and imagined) dragged through the media and court of public opinion has long been a theme of Clint Eastwood directed movies that continues yet again in Richard Jewell. So, he’s consistent, and all those movies in Sully, Mystic River, True Crime, and Changeling are at minimum, respectable. Richard Jewell, not without weird choices, continues his quality output in that corner of his filmography.

In Richard Jewell, Eastwood doesn’t get off to the best of starts. The first twenty minutes are designed to shed light on the personality and specifically what would make Jewell exploitable by the media, which includes everything from his portly physique and dopey mustache to his perceived mental intellect and his living situation. This beginning is the one part of the movie that feels clunky; shot as if Eastwood himself isn’t sure if he wants his audience to laugh at its titular character or not (there’s a scene of Jewell walking down a dorm hall shot from the bottom up that makes him look like a cartoon character). This, in conjunction with bizarre wide shots of the Olympic crowd going crazy for the Macarena, and it’s hard to know what Richard Jewell is going for. Dialogue lines like “Get the lead out of your pants!” and “Afraid you’re going to miss the concert?” as Jewell makes a mad dash to get everyone away from a safe distance feel weirdly out-of-place. Eastwood has long been known to prefer one take, and sometimes it works. Other times, it’s fair to wonder if more shoots and patience could contribute to a feature that has more nuance and soul.

That murky haze lifts from Richard Jewell once the infamous moment goes down. It snaps everything into place, and it’s here that Eastwood and the movie find a steadier tone, transforming into a fairly engaging drama that unsurprisingly carries parallels to the world today, a world that has no problem running with unsubstantiated stories regardless of political affiliation. Through a mix of actual footage combined with practical voyeuristic effects, Eastwood does give off the vibe as if we’re watching this scenario unravel live, only we’re able to peek into the life of Public Enemy #1. There’s still the lingering belief that there’s more on the table left unexamined, though.

Writer Billy Ray (Gemini Man, Captain Phillips) uses the Vanity Fair article, American Nightmare: The Ballad of Richard Jewell, to essentially bring this story to life and by proxy, its characters. It’s a good adaptation that’ll probably score a Best Adapted Screenplay nomination just because. But Richard Jewell, unlike say, Captain Phillips (a film in which its second billed cast member steals the show from its titular character and actor), is extremely dependent on its lead talent to carry the production and in some ways, keep it afloat.

Enter Hauser, who’s had entertaining turns in both I, Tonya and BlacKkKlansman of the comedic variety. As Jewell, he plays the part incredibly layered, showing off Jewell’s mix of naivete and knowledge wrapped in a unique physical package. His scenes with Rockwell serve as the de facto love transformation story, as Rockwell’s character spurs Jewell to grow and see how things truly are. And it’s been quite some time since Bates has been this unequivocally great, amazing as the emotional vessel of her son’s national examination. Sadly, the other two big names suffer from thinly-sketched roles, be it a case of underwriting (Hamm) or overwriting that seems to take creative liberties to unneeded levels (Wilde, in what’s sure to be the talking point if Richard Jewell becomes an Academy Awards player).

It’s super impressive that Eastwood pops out so many features at an age that many people are well past consistently working, and his workmanlike approach almost typically ensures that his movies remain steady caliber. Tighter writing and earlier clarity on the type of movie he was trying to tell would have made his Richard Jewell evocative. As it stands, his final product kind of mutes the weighty performances of Hauser and Bates.