No, not DeMarcus Cousins. Basketball…it is a universal language everyone can understand regardless of cultural upbringing. Alfred “Boogie” Chin (Taylor Takahashi) takes pride in his Chinese culture. His father (Perry Yung) and mother (Pamelyn Chee)—immigrants from China who now live in New York City—have sacrificed a lot to get him here. They are clashing personalities, but they both want the same for Boogie. He is a talented, albeit cocky, high school hoops phenom with the potential to earn a full ride at a Division 1 school.

His odds are slim, though not impossible. In order to fulfill his dream, his father transfers him into a school division that will put his new school basketball team in direct opposition against the city’s best in Monk (Pop Smoke). Reasoning being, if Boogie can defeat Monk, the offers will cascade. There’s a lot of pressure on him both externally and internally, and it doesn’t help that he’s developed intense feelings for his classmate (Taylour Paige).

Boogie, if anything, will likely be remembered for being the first and last movie the late rapper Pop Smoke appeared in. And for what he’s given, he’s not bad, having charisma and screen presence. Of course, one person rarely makes an entire movie.

Pop Smoke isn’t the only person of whom Boogie stands as their debut. Do-everything entrepreneur Eddie Huang takes his first stab at directing and lead writing a feature. It is a competent effort with nothing noticeable that detracts or adds to the experience. Some of his better scenes are actually flashback ones that see Boogie’s parents in China speaking with a fortune teller about the future of their relationship and what that could mean for their incoming son, as it is a slice of culture rarely seen in mainstream television or cinema. Father and son watching Chinese tennis player Michael Chang and revising the impact his win had is a touching moment. The basketball scenes are missing verve though, and the feeling is never solidified that you’re watching a superstar dominate on the hardwood. 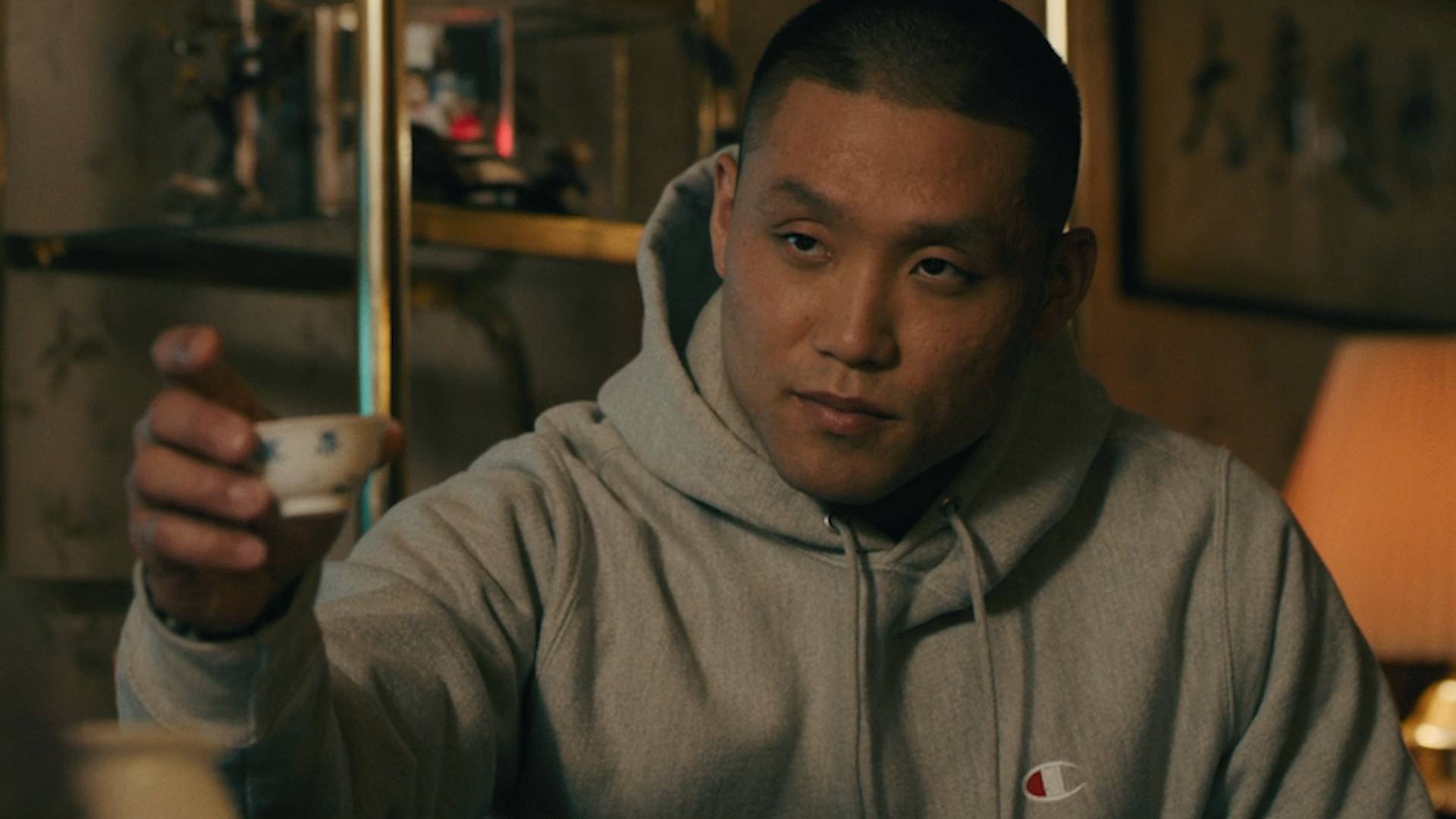 There’s definitely a tether of personal experiences that Huang brings to Boogie that is easy to laud. He himself, like his lead character, has had to deal with growing up in America as an immigrant and attempting to stay in the adopted cultural lines while trying to stay true to his own ones. Unfortunately, the script he wrote could have used a co-writer or two, because it suffers from spotty pacing that turns into inconceivable actions and extremely clunky dialogue. At only 89 minutes, Boogie moves with agility but is missing precision, whether it be no sense of time in a progressing relationship that starts as bad as it could begin, or a cancelled high school big game that is somehow sanctioned on the blacktop with no one batting an eye. Boogie is mostly concerned with sounding hip and cool (God I feel so old saying that), instead of saying something that has some thought-provoking meaning.

Honestly, the biggest issue with the film may be the realization that no one—especially the lead character of Boogie—is all that likable outside of Paige’s character. Boogie is a hothead who is clearly dealing with a lot, but it necessarily isn’t anything more than most minorities deal with, and his approach to many things in his life seem to trend towards being rude, cocky, and even mean, and his obvious arc is devoid of believability; as it doesn’t feel like he’s changed all that much by the end. It’s never a requirement for a good feature to have a super likable character. However, when making a coming-of-age film, it takes more importance than other genres.

Since many coming-of-age flicks are set in high school, believability of who viewers are watching often goes a long way in accepting what is on screen, too. Pop Smoke was only two years technically removed from high school at the age of his passing, and he fits well into the environment. The same can’t be said for the bulk of the main cast, who are either closer to 30 than 20, or are 30. None of Takahashi, Paige, or Jorge Lendeborg Jr. look like they belong in secondary school. For Takahaski, his starring role as Boogie is his first acting role. There have definitely been rougher debuts, but Huang asks him to do a lot—probably too much for his current capabilities—in carrying mediocre-at-best romantic chemistry with Paige and deliver monologues around the difficulties of Catcher in the Rye. His performance here is sort of reminiscent of Richie Merritt’s in 2018’s White Boy Rick, with the differences being that Merritt had a bit of a stronger script to work with and less to carry overall. You can sense something is here with Takahashi, just not at this immediate moment. 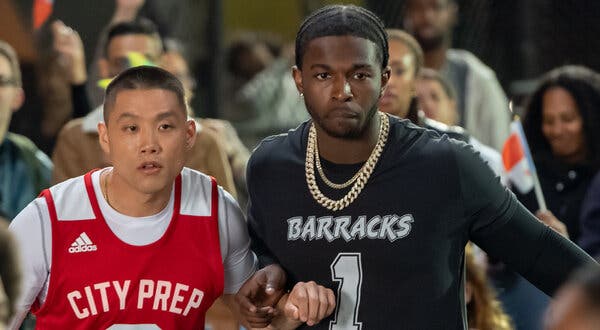 Too many debuts can sometimes be a difficult thing to navigate through. Boogie is a fairly watchable—albeit very cringey in spots—coming-of-age flick that is more of an 8th/9th man and less of an all-star.

One thought on “Boogie”