Seeing that those he grew up and still hangs with are making money to improve their situations, the street-wise Rick Jr. decides to get in on the action…and he’s a natural. So natural, that the local police force ends up using him as a paid informant to get to the big fish in the narcotics ecosystem in exchange for keeping his pop out of prison. The cash is coming in on both ends, but so is the heat. Can White Boy Rick stay in the kitchen?

Based on a true story. The five words (or some variant) a person is most likely to hear from September to mid-January for movies with some awards aspiration. White Boy Rick carries this tagline. Take a little of Black Mass and quite a few kilos of Scarface and the result is a rise and fall crime placed within a coming-of-age framework. All a long way of saying that White Boy Rick doesn’t do anything that fans of this genre have yet to see, but fans of this genre and of good central acting stand a good likelihood of not being disappointed.

Sophomore director Yann Demange is tasked with bringing this mid-80’s story to life, and he does a pretty bang-up job in doing so. Detroit here is mostly—fittingly—dim, damp, dingy, and uncompromising, and when the film is not exploring the fun highs of younger Rick’s rise to prominence, the muted color palette says all we need to know. The 80’s-fueled soundtrack sporting everything from golden age hip hop to classic rock and moody R&B gives authenticity to the setting, as do the Big Daddy Kane rope chains and penchant for tracksuits. Don’t overlook the score by composer Max Richter, though, which adds significant emotional heft to the true-life tale in later parts of the runtime.

White Boy Rick shares some commonalities with the previously mentioned Black Mass and Scarface, but it’s closest comparison is last year’s Tom Cruise-led biography of American Made. That too revolved around a real story. Like that movie, White Boy Rick is smart enough to know that a little comedy to be had in this improbable story, so the tone is not completely dour even if the setting might be. With that said, the movie’s first half flits between semi-serious and surface-level with a lean towards the latter. When a moment of substance is quickly followed by some humor or a long Vegas getaway shown purely for extravagance, it’s hard to get drawn in from an emotional perspective.

But there’s a moment that kicks off the second half in which White Boy Rick grows up a tad and finds a tone imbued with more substance. It’s where White Boy Rick deals with the realities of the situation at hand and the realization that any success gained is a mirage in the environment the characters inhabit. Look hard enough and a statement is made about the color of Rick’s skin, and the “opportunity” he’s afforded that others in his neighborhood wouldn’t receive because of it. There’s an interesting sociological subtext that could be mined and examined here with a heavier commitment from the writing team and Demange to do so. Again, it is sadly only hinted at, and with less focus on the glitz of young Richie and more on the grime, White Boy Rick would be more thought provoking.

At a base level, this is a father-and-son (and daughter) story, and to that extent, the film does carry some heart thanks to the two lead characters. If you haven’t heard, this is Merritt’s first foray into acting of any kind. The kid certainly has something, and while the emotional range and delivery probably isn’t where it needs to be in spots, his Rick Jr. is a role that relies more on presence and feel than precision. Just as important, he never withers under the presence of McConaughey, turning in his best work since Dallas Buyers Club as a father who is extremely flawed in his rearing approach, but trying so desperately and earnestly to keep his kids on the straight and narrow. Completing the family trifecta is Powley, her scenes of addiction gut-punchingly brutal. The rest of the cast shakes out to be kind of spotty in their performances aside from RJ Cyler, who shares an endearing chemistry with Merritt. 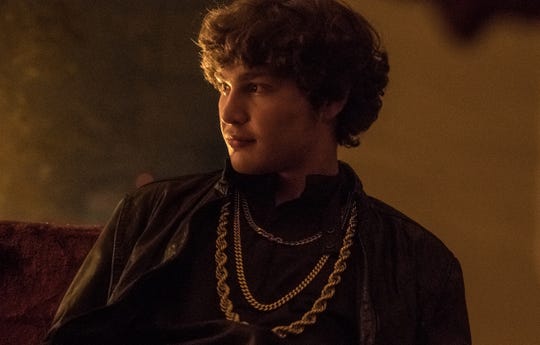