Sometimes, the best sounds are the ones that simply make up our normal day to day. Metal drummer Ruben (Riz Ahmed) is intensely committed to his craft alongside bandmate singer and girlfriend Lou (Olivia Cooke). Together, as Blackgammon, they tour small venues across the country. While not big time, they have a following and are beginning work on an album. Music and their love for each other has saved both from difficulties, particularly Ruben. He’s four years sober from heroin.

One morning in a music store, Ruben suddenly loses his hearing ability. Obviously, it affects his ability to be effective, despite his initial defiance to the new situation. There’s a pricey solution in the form of a cochlear implant to the price of 80 grand that is not a current option. Against his wishes, Lou checks her boyfriend into a camp catering specifically to deaf recovering addicts, led by Vietnam veteran Joe (Paul Raci). The adjustment is difficult, but slowly, Ruben begins to acclimate himself to his new normal, if not completely. The draw of metal percussion never stops banging in his head.

It is easy to see a drummer on the poster of Sound of Metal and catch the first five minutes of the movie and think maybe, just maybe, this could be a small offshoot of Whiplash in some way, shape, or form (the success of that movie has kind of reframed music movies in a way). Honesty, Sound of Metal has little to do with music, metal, or the relentless pursuit of perfection in a field. It is rather philosophical, not obviously, but ever present. A smooth view this isn’t, but the overarching theme, impressive filmmakimg, and Ahmed’s excellence are aspects that give the movie something to think about.

This film serves as a directorial debut for Darius Marder, known predominately for his writing credit on The Place Beyond the Pines. As far as degree of difficulty goes in directing a feature, this is high up there; the skills needed to make this production coherent and resonant is no small feat. He and editor Mikkel E.G Nielsen know how to weave in and out of conversations, while still making obvious what’s there even when it isn’t audible. Chalk up a nomination for all the sound mixers, engineers, and operators. To name them all would make this post overlong, though without their immaculate efforts, the message and aim of this movie’s story fall, well, on deaf ears.

Speaking of the story written by Marder and brother Darius, it is a very ruminative one. Intentionally so. The theme of Sound of Metal is slowing down and taking note of the quiet moments that make up our lives, whether deaf or capable of pitch perfect hearing. Getting rid of the noise gets us to the heart of what is important. To say the movie doesn’t have a few lagging stretches pertaining to pace would be incorrect, but again, it is probably intentional. The brothers stage one of the best 10-15 minute endings of the year. It’s a beautifully still moment that summarizes Ruben’s journey emphatically.

It is cool to see Sound of Metal serving as a true feature film lead vehicle for Ahmed, who managed being the central star quite capably in 2016’s HBO miniseries The Night Of. His performance is one that viewers know from the first few seconds in will be spellbinding. The intense work he puts into the demands of the role to maintain honesty and integrity to the deaf community and the drumming(?) community is noted. For his character, he is just a guy both equal parts flawed and inspiring. Ahmed and Mauder never try to heroize or demonize him, letting the natural flow of his journey be the guide. As great as he is, Raci serves as the sagaciously serene soul of the film, finding those everlasting shreds of optimism and strength in a challenging situation. 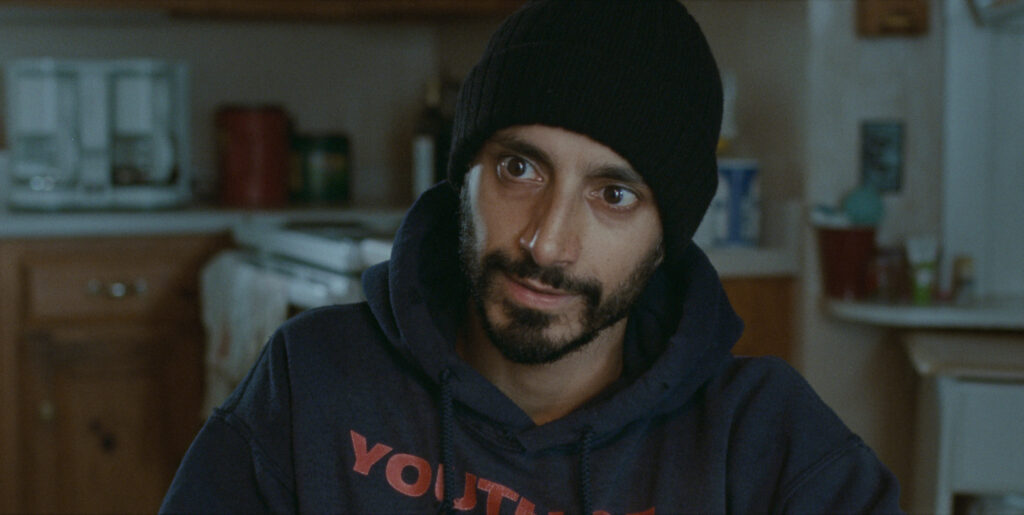 Paced by detailed acting and sharp direction, Sound of Metal is one of the quietest and introspective movies of the past year. It’s a great launching point for a new director, and a wonderful showcase for an actor who should get more of them.

2 thoughts on “Sound of Metal”