“Fine is like mediocrity’s dumb cousin.” That is a refrain that comes out of the mouth of Peg Dahl (Zoey Deutch). Growing up lower class in Buffalo to widowed mother, Kathy (Judy Greer) and older brother, JJ (Noah Reid), her prospects are very slim in making it out of this socioeconomic bracket. She knows this and commits herself to becoming erudite in financial literacy and turning into one of the best hustlers in the city, all with the aim of raising enough money to pay for an Ivy League school after getting accepted. With education comes riches.

Her hustling endeavors aren’t exactly legal, and it eventually lands her in prison for 40 months. Upon return to civilization, she is now saddled with crippling debt, the very thing she wished to avoid. Despite now being a convict, Peg’s money dreams and acumen haven’t left her, and she stumbles into debt collection under the watchful eye of Buffalo’s best in the business, the ruthless and misogynistic “Wizz” (Jai Courtney). Very quickly, the young woman decides to go into the debt collection herself, starting a war with Wiz for control of the industry.

Does a movie solely about debt collection appeal to you? Give Buffaloed credit on the unique factor alone, for it takes a subject rarely if never fully featured in a silver screen production and makes it the focal point. Does it work? In spots, but not for an entire one hour and forty-minute runtime.

On presentation, director Tanya Wexler seems to take some inspiration from The Wolf of Wall Street and The Big Short, complete with a healthy amount of fourth-wall breaks deconstructing droll concepts, consistent use of music, and a steady deployment of a main character guiding an audience through the story and thought process. Buffaloed doesn’t lack for energy. However, it is sort of odd that with how much Buffalo love letter-ness is present (wings, best spots for said wings, endless amount of Bills love), that the film itself is barely filmed in the city that it takes place in and instead filmed in Toronto. Surely, it’s cheaper to film in Canada than New York, but the decision makes Buffaloed lose something in the way of authenticity.

Buffaloed’s script is put together by Brian Sacca, who ironically was in The Wolf of Wall Street. His writing starts off solid, but hits a…wall around the second half where it becomes a mix of one-upmanship between Peg and Wizz with undercooked romance and requisite family issues mixed together. The Robin Hood-esque slant doesn’t quite coalesce enough to heroize Peg to the levels the film suggests, and the adequate balance Sacca achieves in the first half with comedy and drama falls to the wayside for a melodramatic second half.

Many of Buffaloed’s problems do not lie with Deutch. There is little doubt that she cannot carry a movie, and she has shown the ability to handle both comedy and drama. Her Peg is likable to a degree, yet doesn’t feel like a completely real character, and the aforementioned effort in turning her into a white meat babyface by the end is misguided. The love story between her character and a lawyer played by Jermaine Fowler is a stretch in believability, but more importantly reduces a normally charismatic actor in Fowler to a forgettable wallflower. Lastly, though his Wizz is a caricature of crooked cinema bosses of yesteryear, Courtney is unrecognizable in his role and clearly having a good time. Perhaps he just needs to spend time in the indie circuit à la Robert Pattinson and rewrite his narrative. 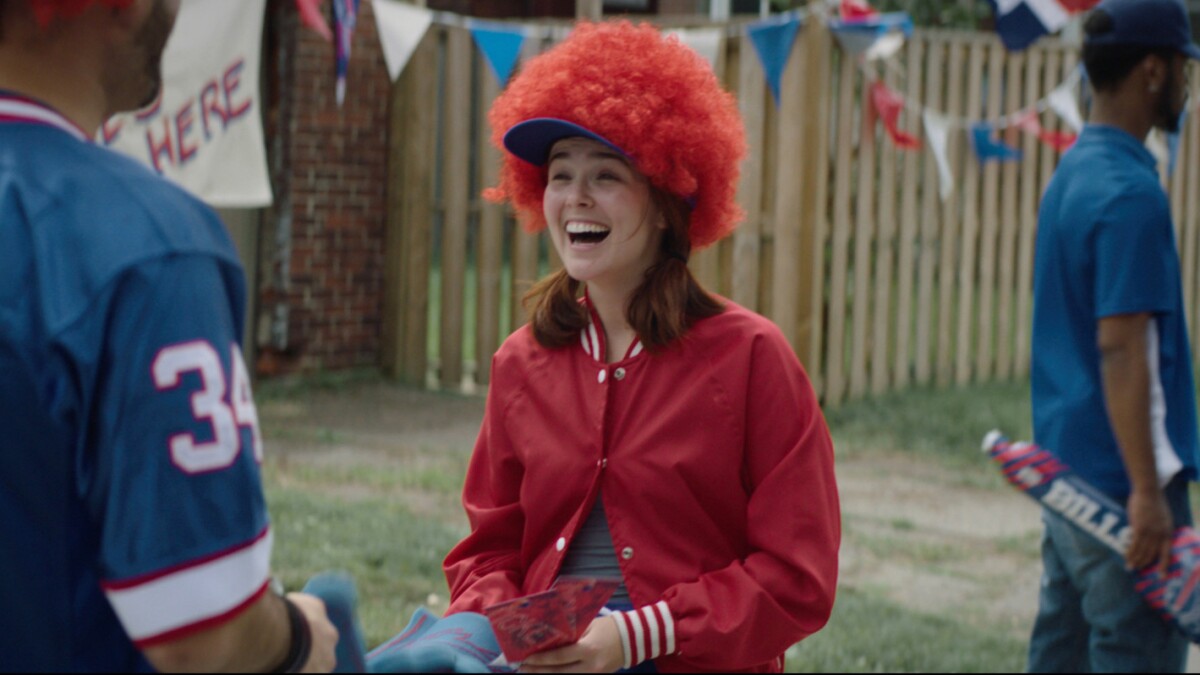 Unfortunately, a few energized performances from Deutch and Courtney do not equate to Buffaloed being all that memorable. The movie itself is similar to actual debt. You get that some of it is beneficial and worth your time to understand and even appreciate, but the rest you could do without.