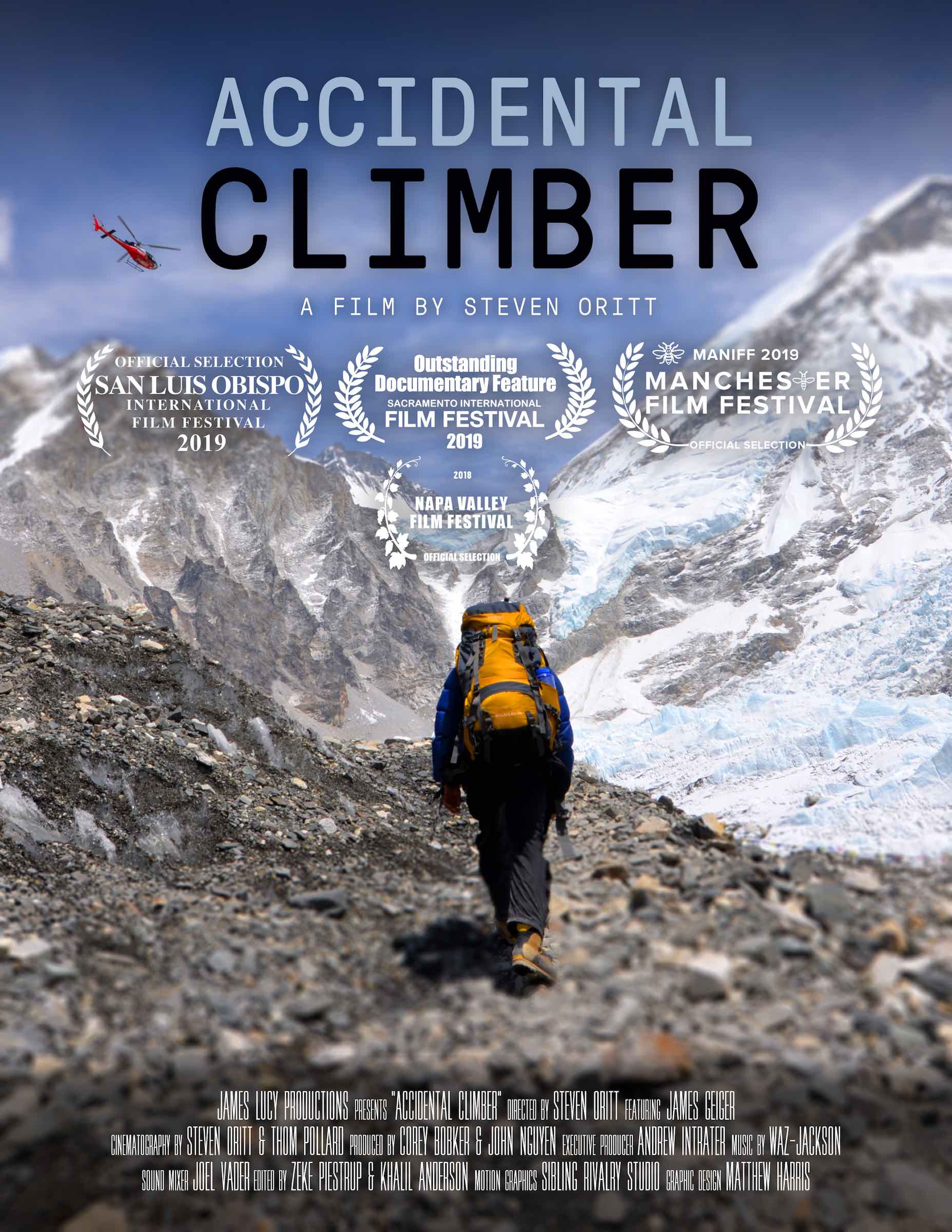 “Whatever is meant to be, the universe will make that happen.” Those are some of the first words spoken by Jim Geiger, a Sacramento, California man and avid climber who at the ripe age of 68 is attempting to do something no American his age has ever done. What is that exactly? Only summit Mount Everest, the legendary granddaddy of them all.

Starting in mid-2013, he commits almost all of his energy in preparing his mind, body, and spirit for the difficult task. Early April 2014 sees him arrive in Nepal, ready to tackle the behemoth. Immediately, a struggle with acclimating to the altitude complicates his mission. That is only the beginning, for what was to come on April 18th, 2014 would forever change his life and those who oversee so many expeditions in the Sherpa.

Some subjects and foci will remain imminently interesting until the end of time and through it. Mount Everest is one of them. As seen in 2015’s Everest, while there is so much known about one of the Seven Natural Wonders of the World, there is even more unknown. For a documentary clocking in at slightly over one-hour, Accidental Climber covers a lot of ground, in addition to appealing on a purely base visual level.

As it pertains to the latter, director Steven Oritt keeps his focus to start on Geiger in what amounts to a traditional documentary layout. A few people tangentially connected to Geiger get some screen time, but the bulk of the first half is dedicated to his training and his “why” for doing what he is attempting to do. Once the movie finds itself in Nepal, the commitment shown by Oritt and his film crew to be with Geiger every step of the mile high way is nothing short of extraordinary. The differences are obviously vast between the two features, but Oritt’s presentation is really the polar opposite from Baltasar Kormakur’s disaster movie recounting the 1996 tragedy, seeing the Mount Everest Avalanche of 2014 through one character’s eyes as opposed to many.

The main issue with Accidental Climber is the same one that St. Louis Superman had: It is too short. While there is a likely reason for this (the avalanche shifts the story from Geiger’s quest to scale the mountain for personal gain to how the avalanche reframes his life and holds the Sherpa captive in a way), the 66 minutes isn’t enough time to smoothly transition between the two ideas. Perhaps shooting/using more footage showing his relationship with family early on could have given higher levels of sentimentality to the last 10 minutes. Or maybe, a better play would have been spending longer time in the headspace where Geiger must reckon with his dream coming to an end and how that changes his outlook on life. There is definitely a philosophical question posed and answer given, it just needed more time to build in the context of the main character’s journey.

Regardless, the theme of chasing a goal and putting all effort into it even if one comes short of achieving it is an age-old, resonant one. Though it doesn’t quite reach the emotional summit, Accidental Climber is another welcomed piece adding to the lore of Mount Everest.