“I’m going to die tomorrow.” These words are uttered out of the mouth of Amy (Kate Lyn Shiel), and she is convinced of it as she tells her friend, Jane (Jane Adams). Jane immediately chalks it up to a relapse; Amy is a recovering alcoholic after all. Yet, what if there is something to what she said? After all, it wasn’t said in a frenzied matter, but said with a cool, matter-of-fact delivery.

Soon, Jane believes the same, her doom too being imminent. She is slightly more frenzied, and needs to tell someone, starting with her brother, Jason (Chris Messina). Most of those who are within earshot chalk up Jane’s words as crazy. Not all do, some find truth in what she is saying. Over the span of a few hours, many are sure of the fact that they too are living in the 11th hour.

“I’m going to die tomorrow.” Using this longstanding existential hypothetical what-if? idea of knowing when we would die as the crux of a movie—especially for the time we live in—is as strong of a one sentence synopsis a movie could have. Honestly, it sells itself, irregardless of director, stars attached, etc. So why is She Dies Tomorrow largely so feeble and mild?

“I’m going to die tomorrow.” As definitive as that statement is, much fuzziness exists within it too. How? When? Where? Why? The abstract element of this, visually, is She Dies Tomorrow’s best aspect directed by sophomore filmmaker Amy Seimetz. Granted, this “empty void” doesn’t exist throughout the movie, but a few vivid and dreamlike sequences bathed in neon lighting and simmering sparkle appear. Seimetz’s style in these sequences is reminiscent of Denis Villeneuve (Arrival), Alex Garland (Annihilation) and Gaspar Noé (Enter the Void). Good company to be compared to; it is impossible to say she doesn’t have a high future ceiling as a pure visceral/experimental filmmaker. 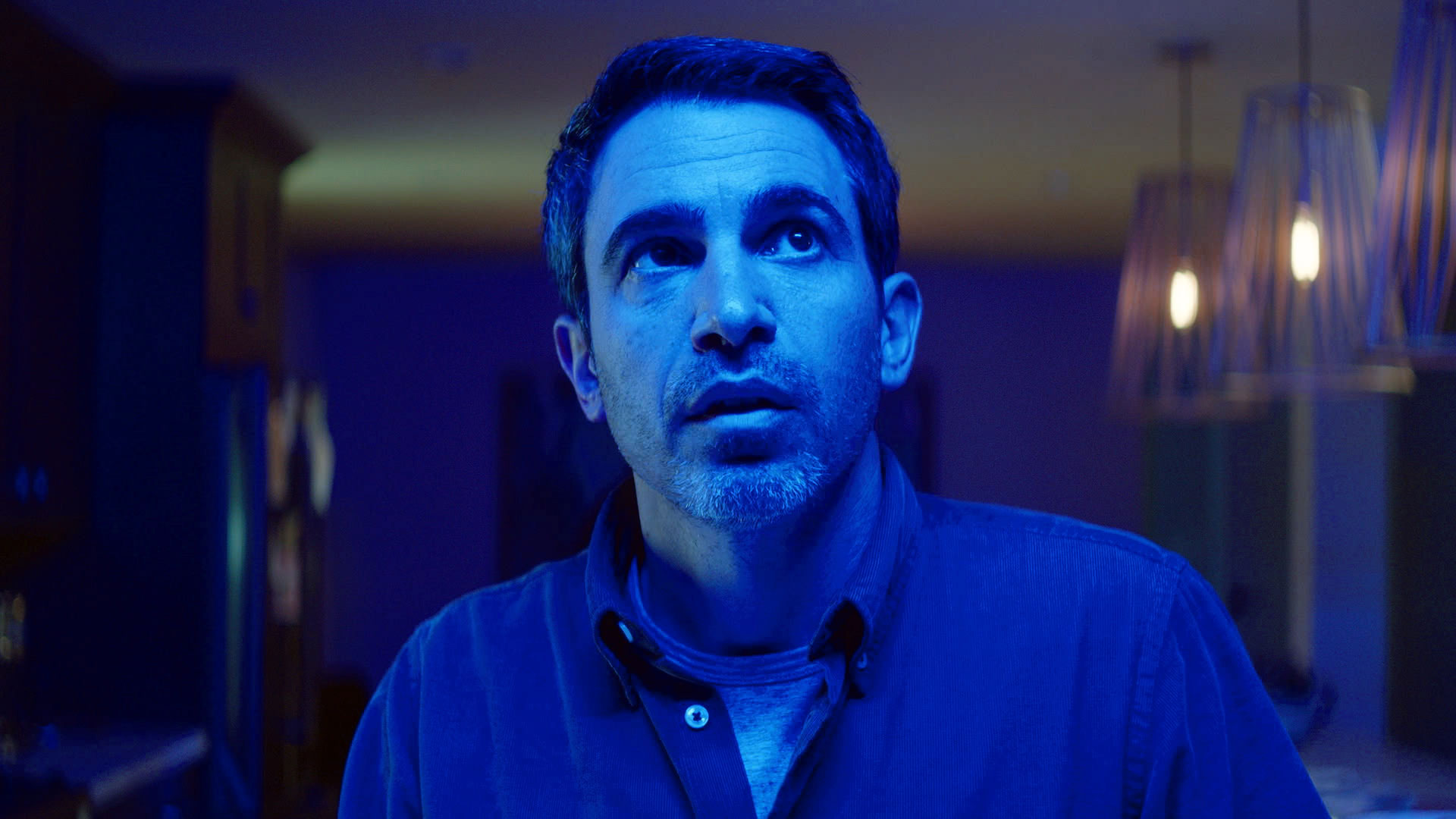 “I’m going to die tomorrow.” What comes to mind when you read that statement? Fear? Anxiety? Acceptance? Urgency? Sadness? Of course, there is no one size fits all feeling for every person who would be dealing with this hypothetical reality. Existential films are designed to be somewhat ambiguous. But for any film’s sake, a script needs to at least halfway commit to some sort of endgame or even imply certain structures and minutiae for its questions to be pondered over and make a shred of sense. No such thing is found in She Dies Tomorrow, written by Seimetz, where most of the dialogue registers as pretentious or laborious to listen to. Roughly a fifth of runtime is dedicated to a sadly dull conversation that is designed to serve as the ignition point for the rest of the film. Instead, it serves as a harbinger.

“I’m going to die tomorrow.” This should mean something, but She Dies Tomorrow ends mainly in the same fashion it begins. Coming full circle means something only if the character(s) in the journey—and the journey itself—have been fleshed out. Death in this movie is clearly some type of infectious virus, but there is no build to a climax and little if any resolution. Even the time elapsed and when “tomorrow” happens is way too hazy. One of the bigger issues with She Dies Tomorrow isn’t so much tone, but what seems like an inability to decide what type of genre it wishes to slot in. Pieces of horror, science-fiction, drama, and dark (both intentional and unintentional) comedy are present. For a feature only clocking in at 84 minutes, perhaps focusing on one genre would have been best.

“I’m going to die tomorrow.” Why has that line been repeated throughout this piece? It’s the very line of dialogue that all of the characters use at least once in the movie. And it is funny because instead of the intended effect of contemplation, hearing this über-serious line repeatedly creates the effect of hilarity. She Dies Tomorrow isn’t designed to be character-driven, but one would expect a more dynamic set of people to watch a death-inflicting virus make its way through. Seimetz doesn’t skim on the cultural diversity, though all who are present here come from the same first world problems-esque stock. Does no one in the cast favors to make impressions, but I am unsure if anyone here save for Adams has the chops necessary to carry a sparse script. 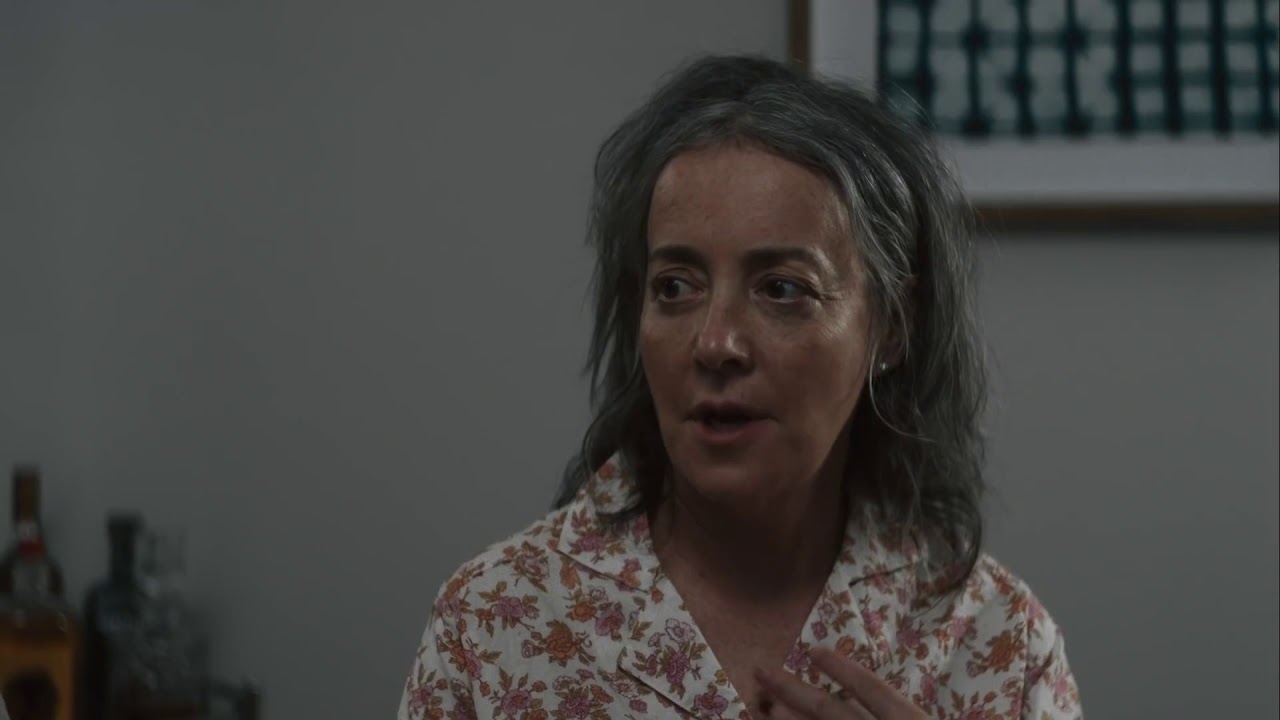 “I’m going to die tomorrow.” The parallels to the world’s current scenario are evident, however, She Dies Tomorrow is overall lifeless and a slow, directionless build to an unsatisfying conclusion. So, maybe it is just a dramatization of 2020?

One thought on “She Dies Tomorrow”