To the struggle. November 9th, the year is unknown. In Palm Springs, a wedding is scheduled to take place. Nyles (Andy Samberg) has attended with his girlfriend who is in the ceremony, the young and ditzy Misty (Meredith Hagner). They’re not good for each other and the end is closer than the beginning. Weddings have a funny way of forcing people to be honest with themselves, and Nyles uses this mindset to go for it with someone he vibes with in Sarah (Cristin Milioti). Their night looks like it is going to end in passion, but a bizarre and near-death encounter sees Nyles…retreat to a cave with a glowing opening?

Precisely. Nyles is trapped in a never-ending time loop that sees him relive November 9th. The happenings within the day can change though the day itself does not, and he is the only person in this thing. That is, until Sarah followed him in. Now, she’s embedded in this mystery, bringing a dogged determination to depart this universe by any means necessary which is juxtaposed with Nyles’ acceptance of his fate. With all the time they spend together, a natural bond builds. Love can spawn in the craziest of situations. 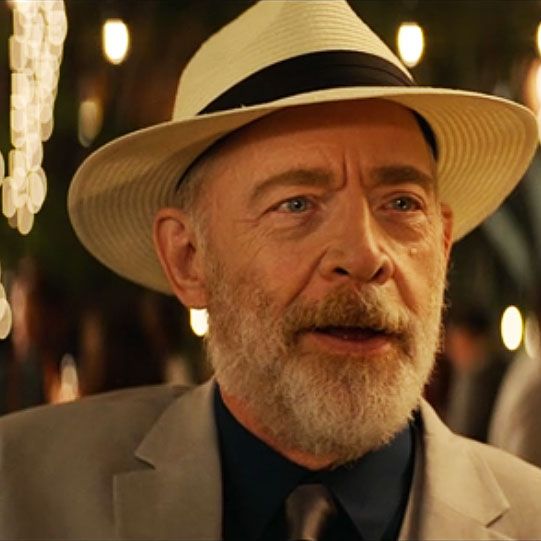 Just when one thinks they’ve seen it all out of a sub-genre, in comes Palm Springs. It totally works off the template Groundhog Day ushered in, and while it doesn’t rewrite all of the rules of a “live this day over and over again” movie, it carries within it legitimate surprises from the result of a different storytelling angle. As a result, Palm Springs ends up being a watch that is both breezy and even a bit weighty.

First things first. Palm Springs is produced by the trifecta known as The Lonely Island, still consisting of Samberg, Akiva Schaffer, and Jorna Taccone. Their latest film is a lot of things, however, it still carries a substantial amount of juvenile impertinence. Thematically, this feature is nothing like Hot Rod or Popstar: Never Stop Never Stopping, but it is hard to imagine someone enjoying this who disliked the vibes of those aforementioned works. Palm Springs—overall—does have a more “elevated” vibe but at times, the raunch jokes feel out of place during specific moments.

The good news is that the raunch is fairly infrequent, as Palm Springs is interested in other things. Not the sci-fi of the time loop necessarily, but few relive-this-day movies delve into this. Going at the loop with two people experiencing it at the same time does provide a different storytelling element. Written sharply by Andy Siara, the script poses the most basic question(s) humans have and will always seek the answers to: Life, what is it all about and why are we here? Philosophically, it flits between existential nihilism and absurdism (two things I love as a sociology minor and overall social science nut), with the cool thing being that Siara and director Max Barbakow give compelling reasons for both schools of thought. It is admirable to find a silver lining in an awful situation; maybe not at the expense of refusing to get out of a comfort zone even if doing so represents massive uncertainty.

Palm Springs features flourishes of science fiction and comedy, but this is a romantic love story that hits truly at the idea of not co-dependency, but companionship. No matter how antisocial or independent some of us might be, deep down is a need for every human to connect with someone. In a world that can often be very nihilistic (at least from the perspective of yours truly) the thing that can give meaning or direction is love, or at least having a companion to share time with. Resonant stuff considering the times we live in currently.

Any film significantly using romance in its story makes it a necessity that its two leads must work well together. Samberg and Milioti pair great, to the point that Palm Springs misses a portion of energy when the duo is separated for a mild stretch of time. There’s a scene midway through, acted in a non-showy and just natural way, that significantly changed the perspective that I had of the film. Lastly, rarely does Simmons not impress or fail to leave his mark on whatever he appears in, and the same goes for his brief and impactful time here. In a “normal” year, Palm Springs would have been released in theaters and probably have bombed there; it’s the type of movie that profiles as a two weeks and out type. In a weird way, getting released to Hulu has given the movie more exposure and legs. Who would have guessed a Samberg vehicle would be one of the more introspective watches of the year?