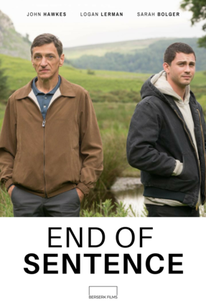 Prison of the mind, prison of the body, prison of the spirit. No matter the version, it’s all a personal hell. Frank Fogle (John Hawkes) has been prepping his prison a while now; that being, the eventual death of his spouse, Anna (Andrea Irvine). Doesn’t make the prison any easier to deal with when it finally comes. For Frank’s son, Sean (Logan Lerman), his prison involves the type that surrounds a person with four walls, the result of some stupid mistakes as a teen in Alabama. To his credit, he has a plan to never return, and has secured a position in California immediately upon release.

Following release, Sean’s travel plans fall through. His estranged father has a proposition: Join him in Ireland to carry out the will of their fallen loved one, and Frank will pay for Sean’s travel. Not ideal for two people who can’t stand each other, but a will is a will, even if it’s as odd as spreading ashes in one of the country’s many lakes. Over these five days, father and son will discover a lot about Mom, interacting with women such as Jewel (Sarah Bolger), and themselves. 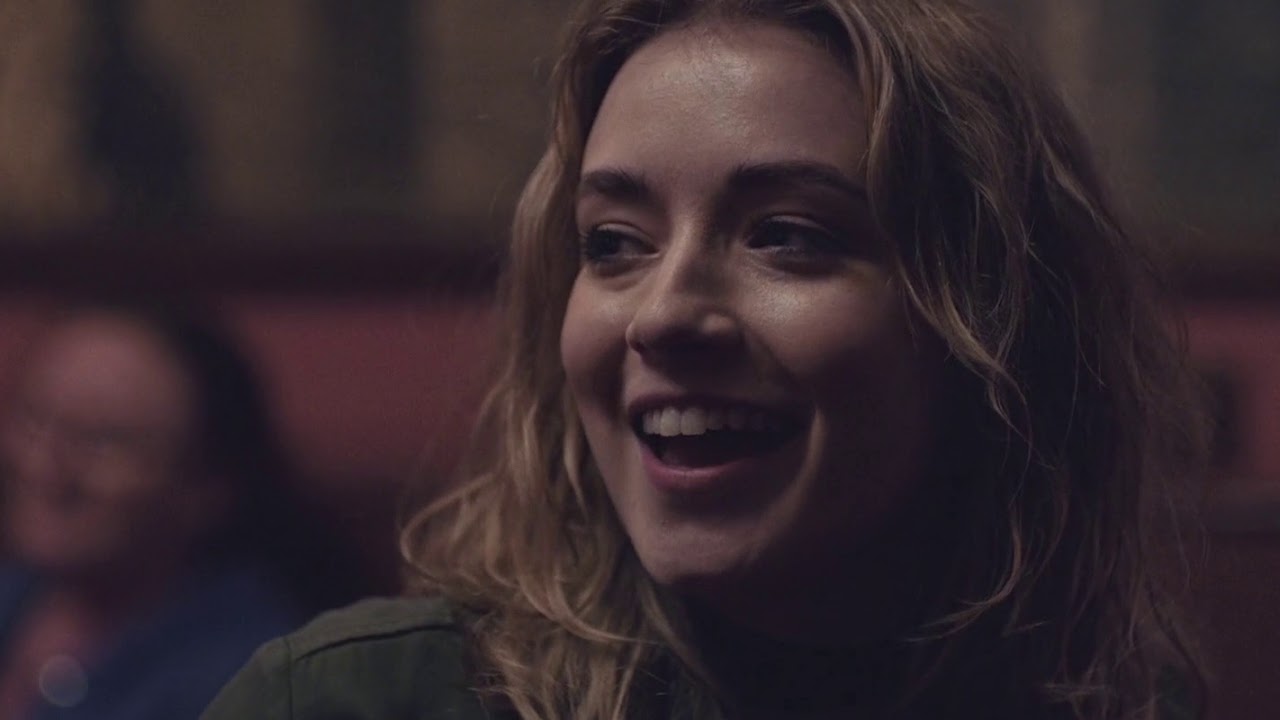 “Sometimes you’re the pigeon, and sometimes, you’re the statue. That’s life.” That statement is said a few times in End of Sentence, a theme found in many films that comes to represent two characters who are polar opposites but could benefit from learning to meet in the middle and in essence are more similar than they would readily admit. Recent films that come to mind that live off this template are Manchester by the Sea, Green Book, and now, End of Sentence. This has obviously been seen before, and it will be seen again. When it is told with the care and detail found in the subject at hand, the journey is an enjoyable, sure-footed one.

Even if it is mostly cosmetic, debut director Elfar Adalsteins shooting End of Sentence in Ireland makes for a different coat of paint than say if the movie were shot in the oft-used U.S. Northeast. The shots of the sprawling Emerald Isle certainly look gorgeous; few things are as picturesque as Adalsteins shooting a car ride top-down. Looking at the setting as an impact on the story, the openness of Ireland also seems to represent a juxtaposition for the personal prisons and limitations Frank and Sean have within themselves. The first-time director is very content to let others do the brunt of the work, as he should be here. Some movies just need a game manager, not a superstar.

Scriptwriter Michael Armbruster takes this familiar setup and…keeps it in generally familiar territory. There’s little shock on where this will end up. What he is concerned with is what happens before. End of Sentence thrives on the small things, such as the unspoken revelations that the writer relies on his two leads to communicate non-verbally. Surprisingly, it’s also sneakily funny in the early going, parlaying character idiosyncrasies primarily on the end of Frank into amusement. A small stretch of the last act veers sort of awkwardly into Dude, Where’s My Car-ish territory, but the movie finds its way back in the touching 10 minutes of remaining runtime.

Hawkes is one of those actors of whom it’s clear he’s one of the greats, adding to whatever film he finds his way in and sliding into whatever role he assumes, be it Eastbound & Down, The Peanut Butter Falcon, his Oscar-nominated Winter’s Bone, or even a bit part in Rush Hour. And yet, the man still feels underrated, despite having one of the longer careers of any current thespian working today. Rarely is he first billed like he is here, perfectly cast as a pushover, timid yet good-natured individual who deals with the same trauma his difficult son is attempting to overcome. Lerman grows on a viewer—somewhat—evolving from annoying angst to something more tolerable. There is a moment that pushes Lerman’s character past the possibility of full redemption, but without it, the emotional tether connecting Sean and Frank wouldn’t be present. This is their movie, though the captivating Bolger, underwritten as she is given her character’s healthy backstory tidbit, serves as a wild card designed to shake up the path to the natural conclusion.

Supported by an ever-steady Hawkes and a rising Lerman, End of Sentence rises above the low ceiling of its genre and uses a unique setting to create a resonant, dual-natured tale of acceptance and change.