World. Class. In Ireland, the Extra Ordinary loner Rose (Maeve Higgins) is attempting to live a normal life. She’s got the talents that see her talk to the paranormal, sending spirits and ghosts to where they need to be. Her skills were cultivated alongside her father, Vincent Dooley (Risteárd Cooper), a legendary paranormal expert who released many books and educational videos on the subject. However, her father has been deceased for quite some time, and Rose is responsible for this.

She’s long given up using her talents, opting to become a driving teacher. That all changes when she gets introduced to Martin Martin (Barry Ward), who’s having trouble with his own deceased wife and her spirit refusing to let him and their daughter, Sarah (Emma Coleman) reside in peace. They all get intertwined with a one-hit wonder singer, Christian Winter (Will Forte), who will do anything to recapture acclaim…including making a soul pact with the Devil in exchange for a pure female virgin, like Sarah.

No, despite what the movie poster looks like, this isn’t a movie about Satanic KKKlansmen. Extra Ordinary (intentionally two words for a comedic bit that shows up in the last five minutes) is a hybrid consisting of minimal horror, semi-dry comedy, and heavier-than-anticipated romance. It’s not the greatest thing seen this year, but through a relenting commitment to the bit, it all coalesces enough to surely one day be a Netflix rotation option.

Co-directed (and predominately co-written) by Mike Ahern and Enda Loughman, there’s an unwavering assuredness the duo direct their film with. Extra Ordinary kind of hovers in that waiting room space between pure schlock and semi-seriousness. Most features often do better siding with one approach over the other, but a few exist that manage to be the jack-of-all-trades, master of none types. For their first full-length film, they rely a little too much at times on the flashback device to tell their story, but overall, it’s again a consistent effort that makes the most of a limited budget. As one could imagine, dollops of Ghostbusters, The Exorcist, and even Shaun of the Dead manifest throughout. What raises Extra Ordinary a level is a surprisingly strong score from composer George Brennan. Think the sound of Phantasm.

Extra Ordinary benefits simply from not overstaying its welcome at a tidy 94 minutes. An involved story, this is not. While it has horror in the description, those aspects are more Scary Movie-esque than Scream or Hellraiser. What the writers do best is create a cute romance that powers most of the narrative, adhering to what plays into the movie’s message: Ghosts do exists both paranormally (obvious) and normally, and no matter what version people find themselves as, there’s a loneliness at the heart of both, rendering many people invisible either by fear or by reluctance to move on. A little predictable, sure, though it’s told with confidence. I wish they’d end the movie and lean into it as opposed to how they end the movie on an unfunny subversion that needlessly makes the viewer ask “Why?”

Solid chemistry courtesy of Higgins and Ward do wonders, and the two get more character development than one would expect. The Irish brand of humor isn’t exactly dry and not quite as hilarious as what the Brits put out at their highest octave, but it is irreverent. To certain people, it’s easy to see this being nonstop hilarity. Forte shows up as the biggest name within the production. He’s never been a guy afraid to ham it up whether in MacGruber or Beerfest, and ham it up he does here from the first frame and on, often the central figure of Extra Ordinary’s memorable moments. 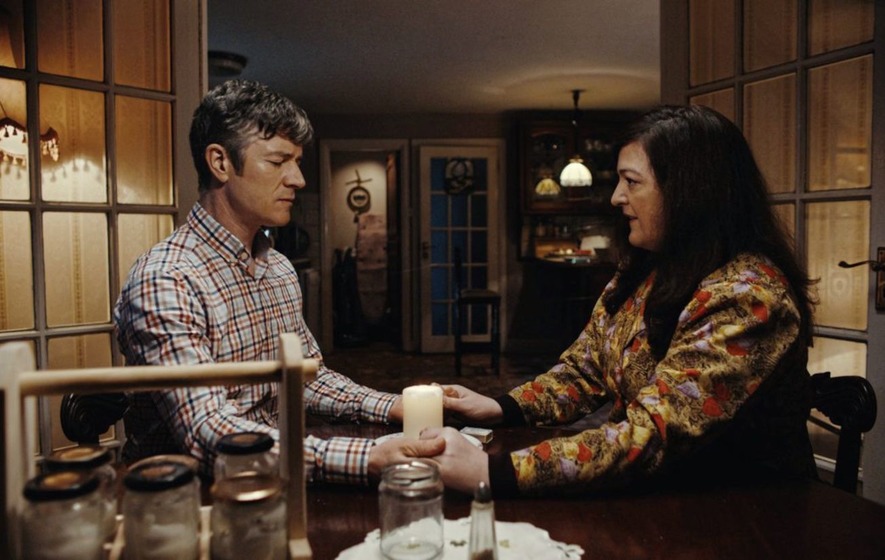 Could Extra Ordinary one day be a cult “classic?” Hard to tell, but it certainty has worshipers out of the gate with a 97% standing on Rotten Tomatoes. At the very least, it’s a cute, inoffensive watch for our neverending quarantine.