What’s worse, being stranded in space or Underwater? The argument can be made that at least space is visible. On a scientific expedition many leagues under the sea, a rig gets hit hard with an anomaly, making the ship unusable and unsafe for living. Evacuation is an obvious must, though all routes to escape are damaged.

Captain Lucien (Vincent Cassel), suggests their best—and only—chance of survival is putting on bulky mechanical suits outfitted with oxygen to traverse the ocean floor, where emergency evacuation pods that can get them all to the surface await many miles away. He, mechanical engineer Norah (Kristen Stewart), and shipmates Paul (T.J. Miller), Emily (Jessica Henwick), Liam (John Gallagher, Jr.), and Rodrigo (Mamoudou Athie) make the trek to safety. They’re unaware of what terrors await.

The cinematic nods to yesteryear are hard to ignore when checking out Underwater. The Descent, Event Horizon, Alien, The Thing, Life, and countless others are what director William Eubank (The Signal) draws from. Could he also be a gamer? Look at those suits the crewmates wear and not think Gears of War,  the completely submerged action and not be reminded of Bioshock’s Rapture, and the (unfortunately brief) presence of one Gunner Wright and not think Dead Space. All of this is to note that Underwater is dependably reliable genre fare.

Want your movie to get into it and fast? Eubank shares that sentiment. He’s both the director and writer and he wastes little time in pushing forth the event that makes up the feature. Newspaper clippings at the beginning and the end of Underwater serve as the clear stabs at present day environmental and corporate greed issues. Similarly, Stewart’s character bookends the run time with philosophical ruminations on humanity. Otherwise, Eubank is unconcerned with big ideas and harbors no delusions of grandeur in his screenplay. The minimalism extends to his characters as well, who aren’t so much written as stock cutouts as they’re not really written for at all. Puzzling efforts at humor induce more groans than chuckles.

Underwater has some noticeable highs. At its best, it produces consistently claustrophobic feelings, amplified by a decision good creature movies typically share with one another. It is patient with the full reveal of its antagonists, knowing that the imagination of the otherworldly unknown totally suffices for a good while. Once the attackers are revealed aesthetically, the purported $50-80 million budget shows a clean, inspired creature design. Don’t overlook the music composed by Marco Beltrami, either. At its worst, Underwater is murky and scattershot to the point of incomprehensible direction, not unlike, say, the final act of Edge of Tomorrow or the bulk of 47 Meters Down: Uncaged.

Hard to talk about the brilliance or lack thereof as it pertains to the cast of the film due to the aforementioned bereft script meat. Stewart, who much like her old Twilight co-star Robert Pattinson, has reinvented herself as quite the versatile thespian. She’s certainly capable as a lead heroine in most features, but Norah’s backstory is skimmed over, and sadly, it makes her and her crewmates’ plight difficult to fully invest in. A wasted Gallagher, Jr. could be played by anyone. The one big piece of evidence this was intended for a 2017 release? The screen time for Miller, built to be the man who has a hilarious quip for any scenario. Miller is a guy who people seem to love or loathe (and that’s prior to his wild personal life episodes) outside of his mostly universal praise in Deadpool. Count me in the latter group for his turn in Underwater; his tone he brings really incongruent and generally annoying for the matters at hand. 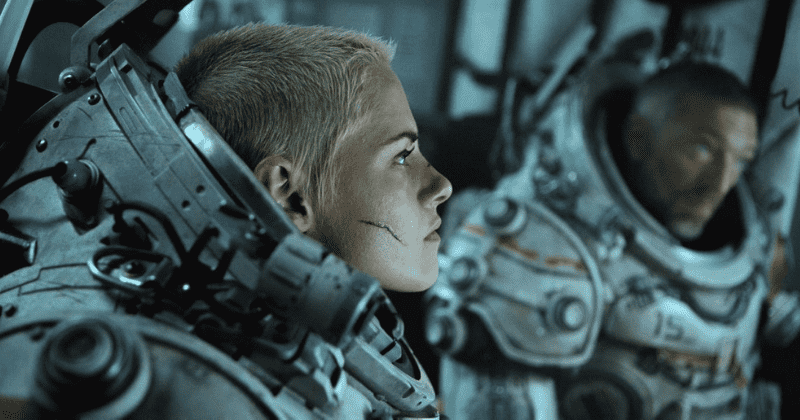 It’s January, and the recent historicals show that for a while, moviegoers must grade releases on a scaled curve. Underwater is a quick, non-immersive, and harmlessly compact 90-minute thriller right between that twilight/midnight zone (ocean term) of similar movies in its ilk.