Freedom doesn’t start in the football field; it starts in the mind. For the 27-year-old Brian Banks (Aldis Hodge), freedom is only half-true. On one hand, he should be happy that he has it. The young man went into prison tried as an adult at 16 for raping a female student in high school. Taking a plea deal, he served five years behind bars, and is now wrapping up five years on probation registered forever as a sex offender.

Many criminals should be happy with this outcome, right? Not Brian, as he maintains he never committed the crime he was charged with. His life is wrecked, for Brian was once a five-star prep football linebacker incoming at USC tagged as a can’t miss NFL prospect. Now, he can’t even secure long-term work. Still harboring minuscule professional hopes—but more importantly, having his name be cleared—he makes one last-ditch effort to do so by reaching out to the California Innocence Project organization. Led by Justin Brooks (Greg Kinnear), they specialize in exonerating the wrongfully convicted. Nothing is impossible, but new information is needed for this to go back to court and stand a chance.

Usually, biographies/historical true stories are green-lit and released because there’s something that is thought of as intriguing or moving with their subject and central character at their cores. Since these movies usually adhere to the general way things played out, there can sometimes be a feeling of plodding finality; that “Going through the motions” cliché. Movies of this ilk can be informative, yet hit-or-miss on being investing. With its very public (but potentially not widely known) story, Brian Banks could easily have been only the former. Fortunately, it’s also the latter.

Tom Shadyac? That would be the director of 90’s and early 2000’s notables in the form of Patch Adams, The Nutty Professor, and Bruce Almighty. Probably not the guy an audience would expect to film such a serious movie in this powder-keg #MeToo era, nevertheless, Shadyac keeps the chains moving. Here and there, Brian Banks looks like a television movie, complete with infrequent-but-present-enough scenes accompanied with rap that feels slightly  corny in telling Banks’ story. His direction, paired with writer Doug Atchison’s script, gets the job done and chooses to showcase Banks’ story in a nonlinear way. This method isn’t foolproof; however, certain stories benefit from this style and Brian Banks is one of them.

Being sexual assault charges can lend themselves to “he said, she said,” Brian Banks naturally builds up unease in recalling the details of what went down. As important, the method allows the viewer to peer deeper into Banks’ predicament, and show his rise and personality shift out of it. Instead of a dramatization, a level of immersion exists that is infrequent with similar biographies. 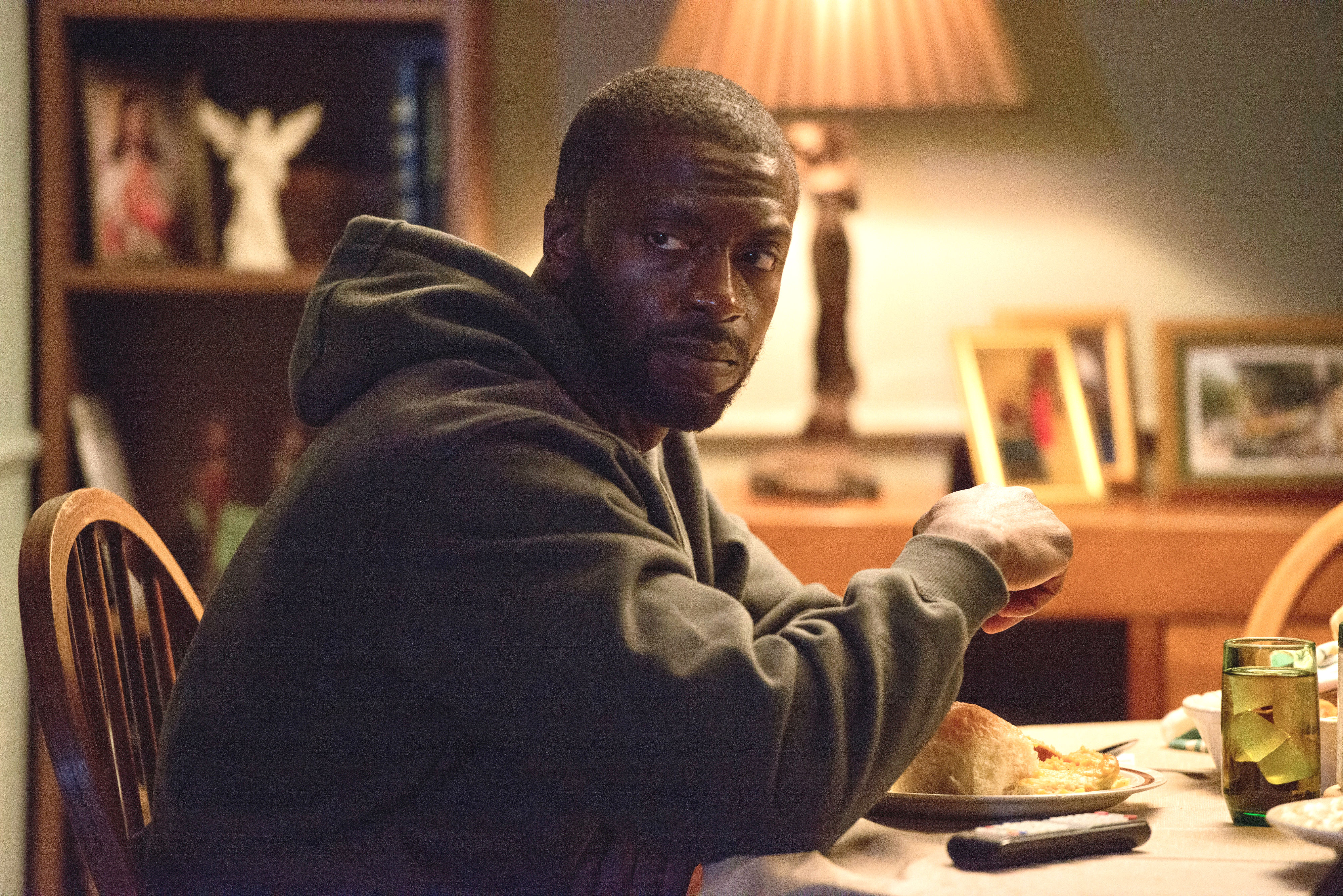 Brian Banks mostly stays in the predefined story lines, only choosing to include one character, played by Melanie Liburd, that wasn’t exactly real. The character of Karina serves to fill a parallel desire to completely bring her and the title character closer. Could be told without this character though her inclusion isn’t much of a hindrance on the film. Legend Morgan Freeman—certainly going through his own issues—makes an uncredited appearance spurring Banks’ transformation. Sherri Shepherd is surprisingly effective as Banks’ mother, Xosha Roquemore gives two dimensions to a role seemingly one-dimensional as the accuser, and Kinnear is wonderful as Brooks, a well-meaning lawyer who has turned jaded by the corrupt system in need of that spark to remember why he and the CIP exist.

Still, it is Hodge, always displaying charisma in his supporting roles, who undoubtedly raises Brian Banks from functionally fine to intensely impassioned. The wrongful accusation and the hopeful fight for correction is the story, but it’s the little things that the film brings up that Hodge nails, like the awkward conversation reveal of having to mention you’re a sex offender, or the simple pain of realizing one thing said or unsaid can mar a life forever. In many ways, the movie insinuates that it’s as worse—if not more so—that Banks is living this alternate life out of prison instead of in it, if only because his lack of freedom in the cell doesn’t expose him to the mirage of freedom in the outside world. It’s a dynamically detailed, career-best performance from an actor that covers apathy, rage, fear, determination, wit, and hope.

Led predominately by a weighty lead turn from Hodge, everything else generally falls into place in the silver screen ordeal of Brian Banks. Every now and then, a Hail Mary is caught and answered.