Ain’t no party like a Ma party ’cause a Ma party don’t stop. After a divorce, Maggie (Diana Silvers), along with her mother, Erica (Juliete Lewis) have moved from sunny San Diego to Erica’s old hometown, middle-of-nowhere Ohio (woo-hoo!). Maggie does her best to integrate into her new high school, eventually forging new friends who may be annoying from the outside looking in, but do have the new girl’s back. As high schoolers are wont to do, they want to drink, except being underage makes that problematic to do so.

Enter Sue Ann (Octavia Spencer), a long-time city resident and local veterinarian. Brushing off Maggie and co. first attempt at getting liquor, Sue Ann relents. Quickly, the affable elder ingratiates herself to the young clique, giving them a place to get hammered and party without repercussions. She’s affectionately given the nickname “Ma.” Gradually, though, Maggie and friends start to see that partying with Ma brings on progressively weirder and weirder things.

You know the story. Yours truly has a very soft spot for the psycho stalker sub-genre. Save for the absolutely deplorable, it’s one that often does the job in providing quick, maybe a little trashy, theatrical entertainment. The first 2019 calendar offering came a few months ago in Greta, and now, the momentum continues with Ma. As almost all these movies tend to go, the beginning and end follow well-worn structural layouts, and only the middle may differ.

You know my steadfast rule on these things. If the antagonist’s performance is fun and “believable,” then the film works overall. Playing that role is the Oscar-winning Spencer, delivering the right pitches to her character when called for. Her Sue Ann is unabashedly over-the-top hammy comedic as the trailer indicated, with a dance sequence likely to be one of the funniest visuals I’ve seen all year. Surprisingly, “Ma” is also deeply wounded emotionally, seen through flashbacks that give insight into the psyche of its antagonist. The actual execution of these scenes leaves something to be desired (remember those corny/cringey dramatized true crimes on America’s Most Wanted back in the day?), but credit to Spencer that she can still make an audience feel something despite their clunkiness. There’s an impressive cast here for only five million, including an Oscar winner (Allison Janney in a paycheck part that totals no more than seven minutes of screen time), an Oscar nominee (Lewis), the ever-solid Luke Evans, and a rising actress in Silvers. None match Spencer’s presence and skill, but they aren’t supposed to, either. This is Spencer’s lead vehicle. 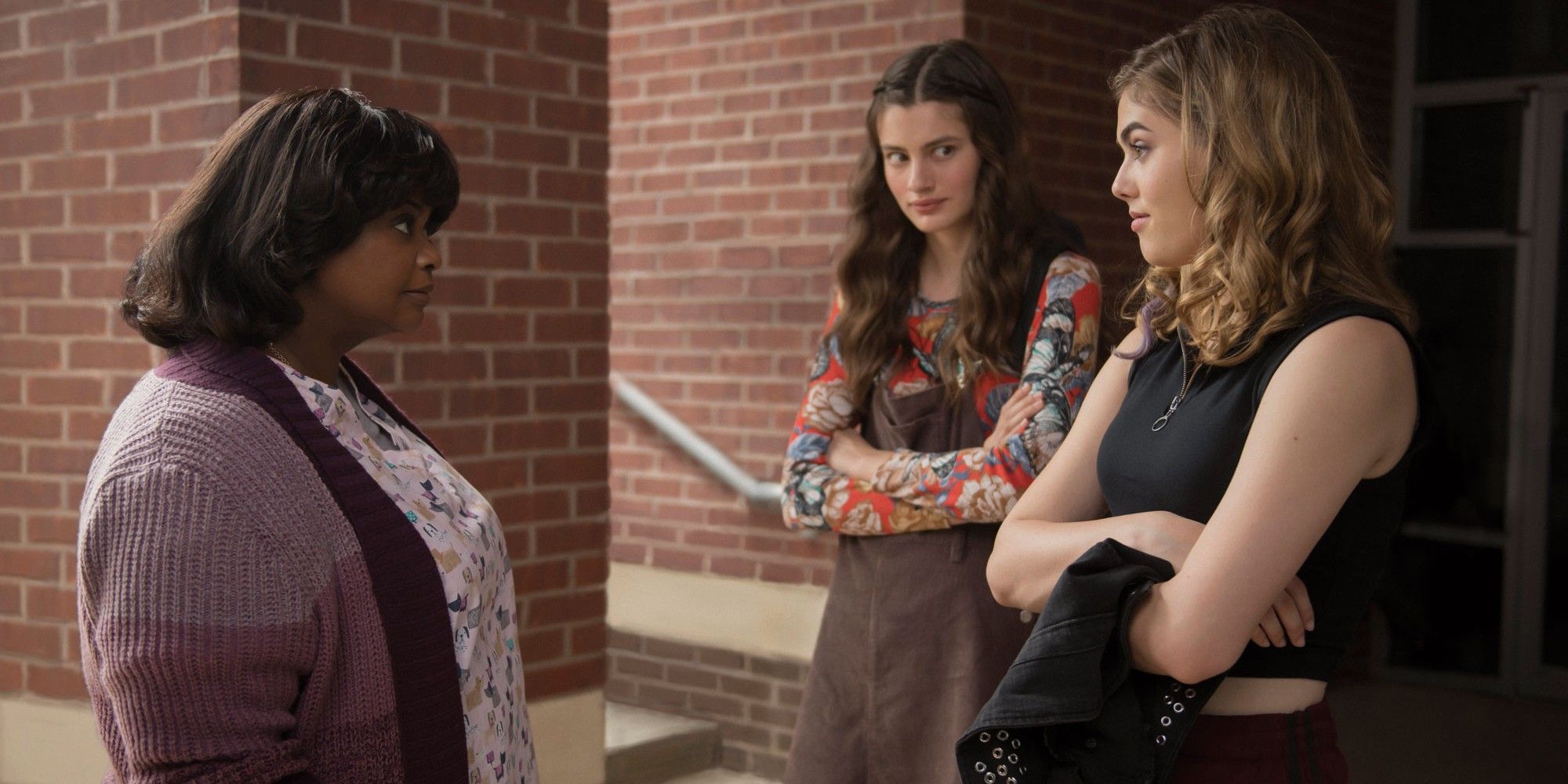 “Just because you’re done with the past doesn’t mean the past is done with you.” That was a tagline from a fellow Blumhouse-produced flick in 2015’s The Gift, a marvelous psychological thriller that was much more than meets the eye. Director Tate Taylor’s Ma can be thought of as a poor man’s version of that film, covering similar themes and analysis yet missing the multiple intriguing characters, dialogue, and pacing Joel Edgerton’s feature possessed. Race and tokenism are only hinted at (Spencer’s part was originally written for a white female), never mined to the depths that would give Ma a jolt of social commentary.

Ma earns its R rating in the last 30 minutes, a viscerally twisted showcase into madness, complete with some really good scenes and specific images done by a director who has never tackled a horror/thriller until now. However, it just feels like the build to this climax should have been laid out better, as there are early stretches of the film that don’t feel like they serve a purpose whatsoever and simply mess up pacing.

One could bemoan the fact that Spencer deserves better in her first go-round in being the lead in a movie, and they wouldn’t be wrong. With that said, it would be one thing if she looked absolutely miserable in Ma and during the press tour, which she doesn’t and hasn’t. She’s having a great time, and so should we as a viewing audience.