With great power comes great responsibility…to kill people. Ten years ago, Tori (Elizabeth Banks) and Kyle Breyer (David Denman) were witnesses to a meteor crash right outside of their home farm in small town Brightburn, Kansas. The crash carried a pod, and inside that pod was a small infant, all alone in the cold, cold world. After repeated failed efforts to conceive, the Breyers agree this was a sign of God answering their prayers for a little one, and they make the decision to raise him, Brandon (Jackson A. Dunn) as their own, never making mention to his true origins.

At eleven, Brandon’s quite the youngster, displaying high-level mental capabilities and emotional intelligence. He’s the average preteen attempting to wade through the awkward phases of life. Everything changes when he hits twelve. There’s the old pod locked beneath wood planks by his parents seemingly emitting a weird, attractive energy. Once Brandon is exposed to it, his kind, affable demeanor changes into something distant and twisted. Destiny is about to be realized. Brightburn, you’ve been put on notice. 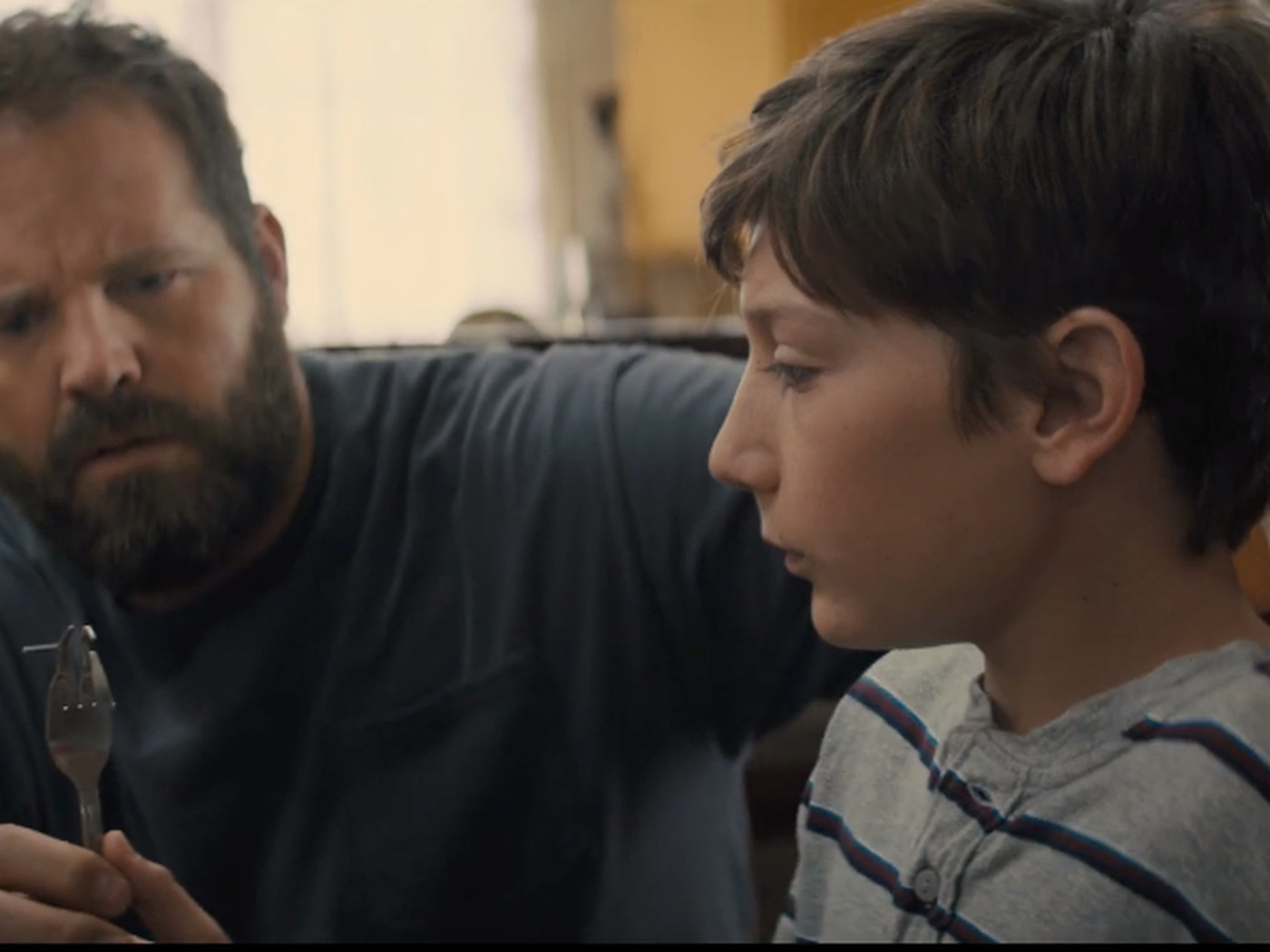 Outside of obscure straight-to-DVD and/or SyFy one-offs that I or you have probably never heard of, superhero horror as a legitimate feature feels untapped. So, by that status alone, Brightburn feels like the first to take an honest stab at the question many of us have probably asked at one point or another when viewing our favorite upholder of good: What if (Superhero X) chose to fight for the forces of evil? Well, humanity would be screwed. That largely is the summary of Brightburn, a movie that works fine as an OK-yet-flimsy 91-minute surface-level super-villain spectacle.

The directing credit of the film goes to David Yarovesky. However, this is a Gunn family affair, produced by the most famous one in James and written by his brother Mark and cousin Brian. Those who were hoping for a quasi-intensive character deep dive or social commentary on the role parents play in not only raising their children but recognizing when they’ve failed and need to “cut bait” before a catastrophe happens (i.e. school shooting) might be disappointed. An additional 15-30 minutes may have done the trick in examining relationships and drilling heavily into Brandon’s rapidly devolving/evolving mindset.

As presented, though, Brightburn plays as a straight superhero slasher with nonexistent build to when Brandon finally becomes what he is, shortchanging the internal morality battle. Granted, Chronicle had a similar issue, but it also took significant time in strengthening the bond between the three leads along with peppering in environmental backstory on what makes them who they are, something Brightburn would have benefited from.

Operating on a budget of less than ten million, the production isn’t really the problem. Yarovesky, cinematographer Michael Dallatorre, composer Timothy Williams, and the entire sound department contribute to a slick and effectively tight film containing unique eviscerations, with two to three standout scenes that do not shy away from the bloodletting. Problem is, the WHOA! factor that they would have carried is reduced significantly because much of their content were in the trailers. Worse, the one scene of mass destruction I’m confident everyone was interested in is given epilogue treatment, sadly (probably budgetary more so than anything—still unfortunate).

Cast-wise, Banks and Denman display strong couple chemistry, showing two sides of the parental prism once things start to go haywire in unwavering support and detached skepticism. Upon initial time spent, young Dunn’s performance comes off as clunky and out-of-place. That’s until the realization hits that he’s playing the role exactly as he should be. For all intents and purposes, Brandon is an alien who looks like one of us but shares nothing with common with us. Should a follow up be green-lit—which is no guarantee with the opening box office performance—it would be interesting to see Dunn grow into a harbinger of doom.

I can’t be the only one who finds it hilariously interesting that Man of Steel and Brightburn hold essentially the same score on Rotten Tomatoes, right? More of an 80’s slasher and less of a compelling character deconstruction, Brightburn is enjoyably light popcorn fare (minus the R rating) showing only flickers here and there of being something hovering with stronger substance.