The path to paradise is through hell. Executing Italian mafioso Riccardo Scamarcio on the off-limits Continental Hotel grounds has rendered Mr. John Wick (Keanu Reeves) excommunicado from any of her supporting services. Baba Yaga is on the run, from not only other hitmen, but The High Table society itself, looking to avenge Scamarcio’s death, led by a justice-seeking Adjucator (Asia Kate Dillon) who will eliminate anyone who has chosen to assist the famed assassin.

Even for a man such as Wick who carries a set of superior skills, it is all levels of exhausting fighting minute after minute for survival. To potentially turn the tide—or maybe finally find a way out of this all—he was given a marker by Continental Hotel owner and friend Winston (Ian McShane) for usage when needed. Friends aren’t something John has a plethora of, but those who have been past associates such as Sofia (Halle Berry) who remain on cool terms with Wick are people he must call on for help. One way or another, he’ll kill them. He’ll kill them all. Or die trying.

Part of this franchise’s appeal is the simplicity it carries in its stories, which do boil down more or less to Wick exacting revenge, either as his sole mission, or as a result of a prior task carried out for naught. By that pure extent, there’s a bit of script-flipping present by returning writer Derek Kolstad and supporting writers Shay Hadden, Chris Collins, and Marc Abrams. Instead of the hunter, Wick is now the hunted, giving Parabellum a different and welcome energy for a large stretch of run time. The Purge: Anarchy, Escape from New York (literally), and Mad Max: Fury Road all come to mind.

With that said, it is somewhat perplexing that four writers were employed for Part 3, and the old “too many cooks in the kitchen” applies in specific instances as it pertains to mythos expansion. To spoil nothing explicitly, video gamers might be reminded of another popular third installment to a series known by the name of Uncharted 3: Drake’s Deception. Parabellum shares that game’s magnificent technical production as well as certain story beats that lean into clunky, mystical aspects that don’t really feel at home in this world. Humor is used more liberally, sometimes to good use, other times to puzzling detriment that kills any script weight.

The Wick movies are simple vehicles for impressive set-pieces first and foremost; though to say they are devoid of semi-surprising philosophical existential themes wouldn’t be correct. It’s fitting that Reeves has gone viral recently with his response on what happens when we die. Reeves’ answer was a simple one, stating (paraphrasing) that the only certainly about the afterlife is that the ones who love us will miss us. Since Chapter 2, the idea of salvation versus damnation in the afterlife and whether a person can completely start anew in any stage of life has been one of examination, a secondary theme. The primary theme has been free will & autonomy versus determinism & fatalism, and John Wick-Parabellum, especially in its final act, raises some Matrix-esque, even thought-provoking questions about this.

But as mentioned, action, action, action. That’s all the Wick films have promised, and they’ve delivered tenfold. Director Chad Stahelski quarterbacks the framing and spatial elements, again showing his love and inspiration for classic genre features and taking an unbroken, wide-shot approach to his frenetic firefights and showdowns. The gunplay is still aesthetically awesome, with cinematography assistance and smooth editing from Dan Laustsen and Evan Schiff, respectively, punctuated again by composer Tyler Bates’ underlying score. But it pales in comparison when held up to the many hand-to-hand sequences on display. Generally speaking, this go-around, Wick and company are a lot more fun to watch when using anything that doesn’t have a trigger, as there’s a significant factor of unpredictability in seeing just how they choose to eviscerate their foes.

John Wick is a man of focus…commitment…and sheer will. The same can be same for Reeves, the man who brings the assassin to life. Akin to Cruise, it’s crazy that someone north of 50 going on 30 is performing feats and motion that is wincing to watch, fully putting his body on the line in many scenes to complete Stahelski’s vision. We’re at the point now where his work in the series has become his defining role, and the dialogue is tailor-made for his acting style. Wick is a strong lead (anti) hero, but it’s fair to wonder if he too along with the lot of other characters are merely backdrops for the real character—that being the eccentric world—they inhabit. Regardless, most get the time to shine, whether that’s Berry being a Jane to John, or future Philadelphia 76ers Hall-of-Famer Boban Marjanovic giving the movie its first protracted action moment. However, two characters specifically get increased screen time and are set up to be majors players for the follow up. Yes, the rumors of this franchise concluding after a third movie have been greatly exaggerated. 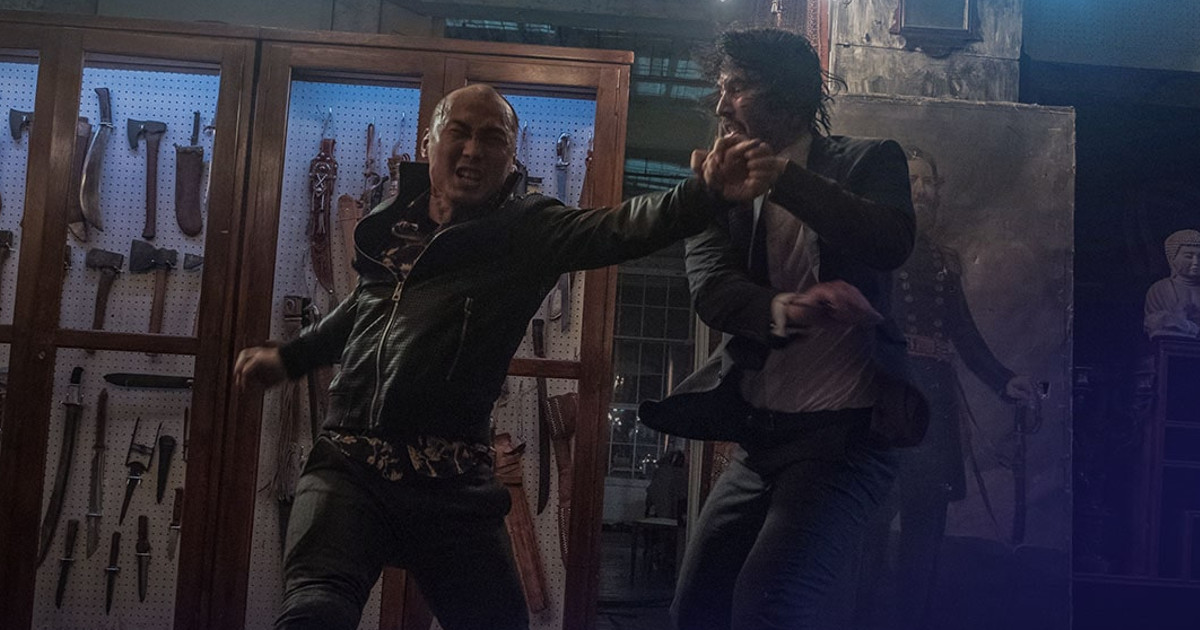 In John Wick, people kept asking if he was back, and he finally proclaimed that he was. After John Wick: Chapter 3-Parabellum, people might have to ask if he’ll ever leave. Or if we even want him to. There’s definitely enough in the magazine for one more salvo.