You don’t have to be perfect to be a perfect parent. Married couple Pete (Mark Wahlberg) and Ellie (Rose Byrne) have always wanted to be parents, but their home renovation business took precedence. While it has taken off and afforded them a great life, it has caused them to continually put off making a family, or even having the talk of one. One day, a tongue-in-cheek comment made by Pete on the golf course about adopting a child begins to manifest in Ellie’s head, and before long, the two are attending adoption courses.

Upon completion, they “bond” with a fifteen-year-old foster kid in Lizzy (Isabela Moner), a troubled but well-meaning teen. Going in with the mindset to just adopt one, it is discovered that Lizzy has two siblings in Juan (Gustavo Quiroz), and Lita (Julianna Gamiz), and the worst thing to do is separate them. So rather quickly, Pete and Ellie find themselves at the forefront of a quickly generated Instant Family by taking all three on, and having to deal with the ups and downs of trying to be good parents to kids who have never had one. 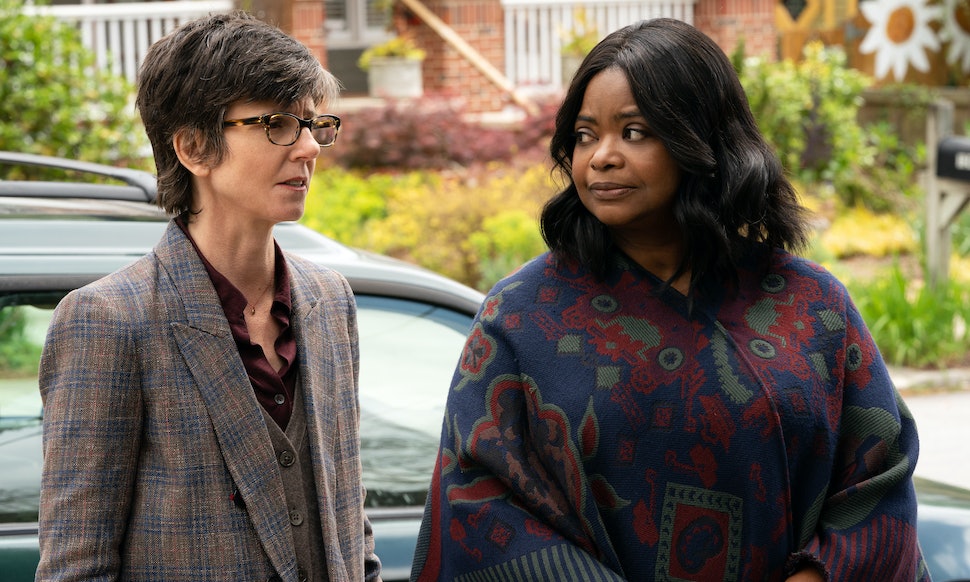 For a two-hour public service announcement from AdoptUsKids.org and other like-minded organizations, give credit to where credit is due to Instant Family. The Sean Anders-directed movie is informative, shedding real light on a subject that rarely gets silver screen treatment outside of The Blind Side (fun running joke throughout)and Lion. Just as shocking, it’s funny…really funny. 2018’s biggest surprise? Quite possibly so.

Anders’ real-life experience of adopting a trio of youngsters provides an authentic lean that gives his film some significant weight. But to use his story solely wouldn’t be as interesting a watch. The creative choice is made to substitute an older teen for a younger child, which further amps up the instability. Instant Family is a movie that anyone who has ever been a parent will be able connect with, yet will resonate strongest with those who have filled the role(s) as nontraditional guardians.

Granted, that doesn’t make up a sizable percentage of the viewing audience; so, for them, Anders shows the inner workings and minutiae of the adoption process that go well beyond “adopt a kid, deal with some tough times, and become a hero.” While this process is surely a little embellished in spots on screen, there’s a steady realism that the director chooses to highlight, such as the more-than-imagined difficult role the courts play into the whole matter, or the in-depth support group assistance adopters use to vent and share suggestions. Hard not to get drawn into it all, whoever you may be. Instant Family is shockingly tender, dramatic, and sweet, and not in an overly saccharine way. It earns the final “d’aaww” moment. But, this is as comedic as it is dramatic, and while semi-heavy moments are undercut by a one-liner with not exactly high but here-and-there frequency, the two genre efforts are relatively balanced. In many films, especially comedy, seeing things before they happen takes away the spontaneity. Instant Family does better than some other pure comedies as little appears telegraphed, and the easy setup or one-liner doesn’t happen where one might think it will. Simply put, it’s natural, rarely consisting of slapstick or the low-hanging fruit outside of a few instances.

Maybe I should have had more faith going in with Byrne co-staring. For years now, she’s shown her versatility in dramas and outright stealing comedies from laugh-centric co-stars (see: Seth Rogen and Melissa McCarthy). She’s great again, toggling between hilarious and heartfelt. Her other co-star in Wahlberg is delightfully endearing; a stark contrast from his recent turn in Mile 22. The real star is Moner, playing a secretly sensitive teen who deals with the bad hand life has dealt her and her siblings by using a tough demeanor to make her untouchable. At 17 and just coming off holding her own across Benicio Del Toro in the Sicario sequel, the future appears to be bright.

Despite having little to do with the holiday season, Instant Family embodies it. A warm presentation with humor and substance, ’tis the season for family heart, whether biological or not.