Would you kindly do…A Simple Favor? Widow Stephanie Smothers (Anna Kendrick) gets by with her deceased husband’s life insurance and manning a popular—if oft-ridiculed, vlog on YouTube. The bubbly mother immerses herself in the life of her son, Miles (Joshua Satine) and his class. Miles is best friends with another boy in the class, whose mother is Emily (Blake Lively), a sharp, blunt, PR-employed individual who tells it like it is.

These two are polar opposites, but they bond rapidly and find friendship in one another, especially as both of their lives happen to be darker than anyone on the outside could anticipate. All is normal until Emily vanishes one day after leaving her son with Stephanie and her kid, and efforts to contact her are futile. Eventually, Emily’s spouse, Sean (Henry Golding) is brought into the investigation as local authorities begin to look for all avenues as to why his wife would up and leave. As it turns out, Emily was more complex than she alluded to, but delving into her murky morass is the only way this mystery can be solved. 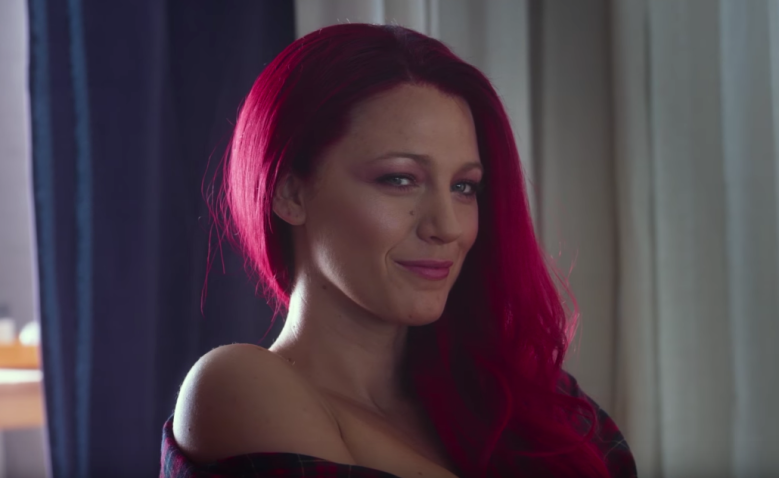 If you were to hold a gun to my head, inject me with truth serum, and ask me at what specific point I thought A Simple Favor lost me, I wouldn’t be able to tell you with confidence. That would imply siding towards dislike, one would think. However, if you were to hold that same gun to my head with the same truth serum and ask me if I liked A Simple Favor…I’d probably have to say “Yes?” That’s not an unequivocal stamp of approval, yet somehow, someway, the movie wades its way into holding interest consistently.

From the directorial vision of Paul Feig is A Simple Favor. The longtime comedy-heavy auteur and frequent Melissa McCarthy collaborator feels revitalized in foreign terrain, at least for the first two-thirds of run time. A Simple Favor is hard to pin down to any one genre. His adapted screenplay from last year’s novel doesn’t quite gets as dark or as black-humourific as it sets up to be (or perhaps I’m more twisted in the head than imagined), but, it is all of those things; a dark comedy, a mystery/thriller, and a smidge of satire. Gone Girl, this is not, for this is missing the precision and build-up that Paul Fincher’s feature carried. But Wild Things? Sure, why not? The twists found here are as  wild and improbable as anything Kevin Bacon and Matt Dillon went through.

Delving into the plot with no spoilers, Feig’s feature can be summed up as trash wrapped in an exquisite package. There’s a level of self-awareness that emanates through the production; yet, it is hard to deny that A Simple Favor doesn’t harbor designs of being a mature and elaborate thriller by way of how much of the first half goes. Yes, that standard description of “mismatched tones” comes in play here, particularly as it concerns the last 30 minutes with a fairly marked shift from mild restraint into full-on über-goofy slapstick and a propensity to go for the obvious. Fair to wonder if a better approach to the material would have been the one that A Deadly Adoption took on Lifetime.

Yes, A Simple Favor is all over the place. But, its female leads give it a little stability when things threaten to sink completely. It’s intended to be an awkward fit between Kendrick and Lively, and the two play up that dynamic wonderfully. Kendrick gets the opportunity to play the darkest character she’s had to date in her filmography while still maintaining that marked quirkiness she’ll always possess. Without a doubt, it is Lively who steals the movie, a consistent presence regardless of whether she’s in the frame or not. Everyone else is fairly inconsequential to the story, including Golding. Very cool to see him so quickly in something after the success of Crazy Rich Asians, though he feels a little miscast. His role is tethered to Stephanie and Emily, and sadly, the chemistry isn’t as steamy as it needs to be. A mess? Yes…but this mess that is A Simple Favor is interesting. Sometimes, that can be enough, and I don’t feel sorry in admitting so.

4 thoughts on “A Simple Favor”