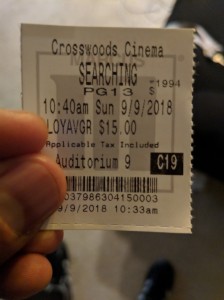 So very glad I didn’t grow up in this media-centric age. In the early years, David Kim (John Cho) was extremely close to his daughter, Margot (Michelle La). They did everything together, and their adventures were documented over time on the family PC. As things go as it pertains to kids becoming teens, the love is still there, but the relationship isn’t what it used to be, partly due to a tragedy.

Technology keeps the two tethered at the hip, serving a way to delineate chores, keep up on America’s Got Talent, etc. A routine Facetime check-in sees Margot cutting off quickly from her father, in a rush to a study session that runs late into the evening. She’ll be home around midnight…until she isn’t, and the next day sees no answering of texts, emails, or video chats. Worried after seeing a missed call from his daughter, David files a missing report to the authorities; the case helmed by the altruistic Detective Vick (Debra Messing). With little leads to go off of, Vick recommends Searching the social profiles of David’s daughter, which may point to her psyche and give intel as to why she’s gone, or maybe just up and left home.

From the get-go, Searching is powerfully emotional. In fact, it arguably does more in five minutes with regards to gut-punching than any movie in history, and that includes the legendary opening of UP. From there, it is one hour and forty-two minutes of magnificent intensity.

The Unfriended movies more-or-less set up the method of telling a story entirely through a computer screen. Those really aren’t bad movies, but they still feel beholden to a gimmick (first more so than the last) that can overshadow the story at play. With director Aneesh Chaganty, his first full-length feature is a masterclass in having a method help to accentuate the story, rather than it becoming the story itself. Saying the story takes place entirely over a computer screen is misleading, as Searching uses a full suite of applications, chats, recorded footage, news updates, and more to create an immersive cinematic experience (fit with a moody score from composer Torin Borrowdalet) that can’t easily be summed up as an Unfriended or a Blair Witch Project rip-off.

Strong direction typically makes for at minimum a mediocre movie, but it’s only one piece. Searching doesn’t skim on the others. The screenplay, co-written by Chaganty and Sev Ohanian, deals with a frightening scenario that requires no summation; playing out in a way similar to Prisoners without the esoteric aspects. Truth be told, Searching could have been 80 minutes, ending at a particular point in the script and it would have still been very good. What makes their feature a cut above others is the duo’s remarkable steadfastness to close every open door and tie every thread. The way they tell their story for the first hour is so sharply focused, I had not realized that there were holes (albeit small) that needed to be filled until their script pointed them out and promptly filled them. Nothing is brought up just to discard it, and any character/sliver of information spent a fair deal of time on matters in some way, shape, or form to the mystery.

If Columbus didn’t change how people see Cho, Searching should. He’s a long way from White Castle, and the actor has not only stellar dramatic chops, but stellar dramatic lead chops. His David in Searching reacts—in real time—as time ticks rapidly in efforts to find his child. That may make him sound like a function of the story but Searching additionally acts as a mild character study in a way, and moments where David is forced to reconcile with the part he’s played in this predicament allows for Cho to show a ton of range. He’s asked to carry the brunt of this film; however, Messing plays a methodically cool detective that pairs well with Cho’s oscillating emotional levels. Lastly, La appears more in “flashbacks,” though her job is arguably as challenging as Cho’s. A ton of her work is monologue-esque and requires her to carry some heavy points alone in front of a PC monitor, showing her character’s descending psychological frame of mind. 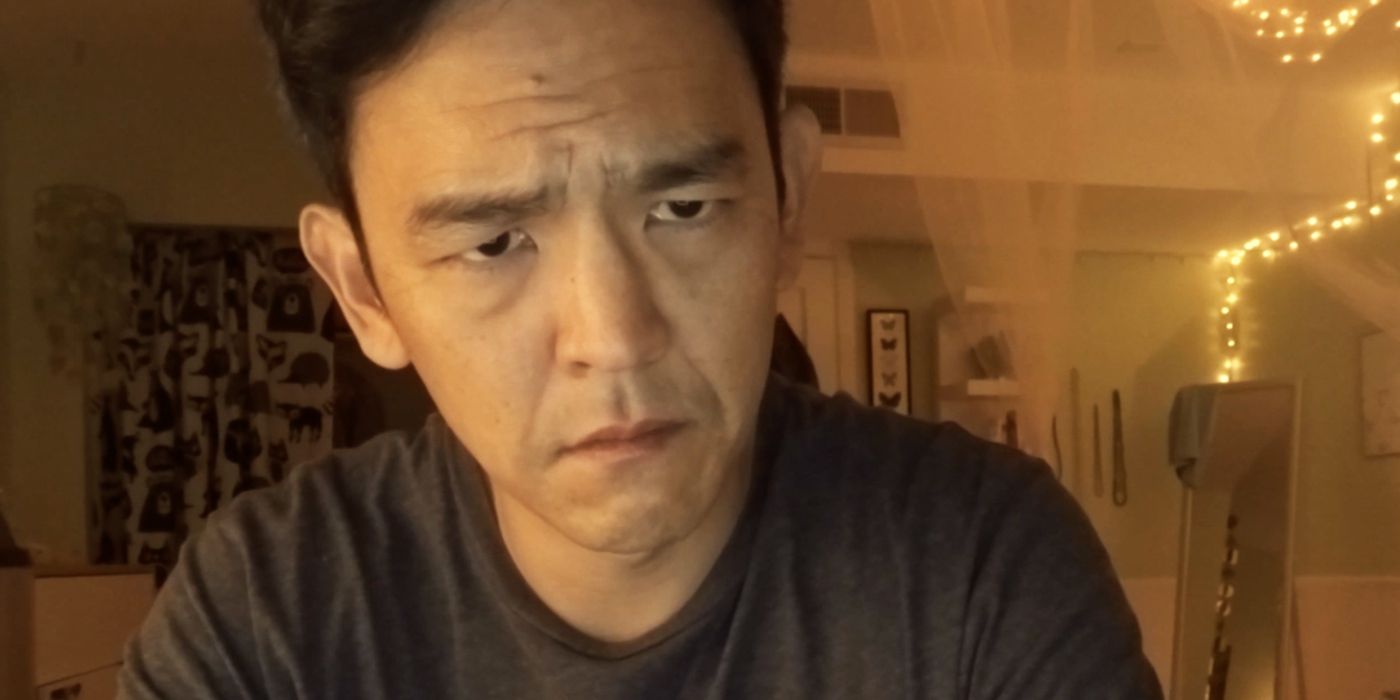 We’ve got a few more months to go in 2018. Lot can and probably will change. But for this individual, if the year ended today, my search for the best film of the year would start and end with Searching.