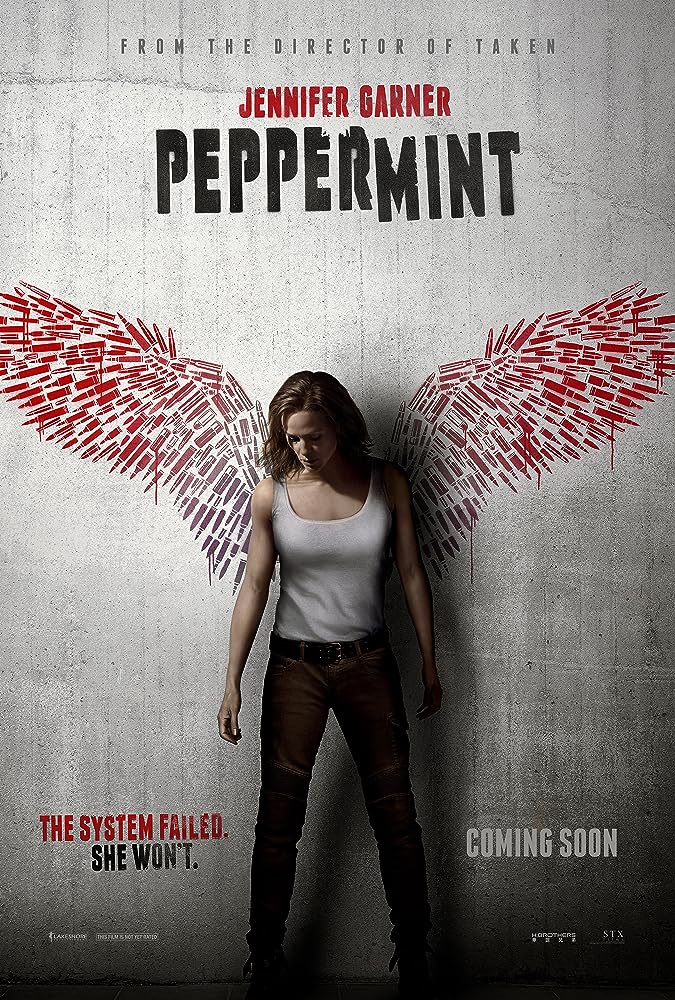 If justice isn’t given, you take it. Riley North (Jennifer Garner) is as mild-mannered as they come. Save for the occasional sharp-tongued comment that’s only done to protect her daughter, Carly (Cailey Fleming) from those dastardly PTA moms, Riley is sweet. Her work is basic as a financial bank manager, and her husband, Chris (Jeff Hephner) makes his money as an auto mechanic. Life could be better, but it could always be worse without people to love.

That all gets taken away from Riley on one fateful night. Putting her faith in the system to do its job is a futile effort, and those responsible for her misery get to walk after a sham of a hearing instead of being put behind bars. Frustrated, she flees and falls off the grid…only to resurface five years later on the day of her nightmare, immediately getting retribution for those who got off clean. But, the widowed North isn’t stopping there. Whoever had a finger in the cookie jar as it pertained to the demise of her family is going to pay—with their lives. 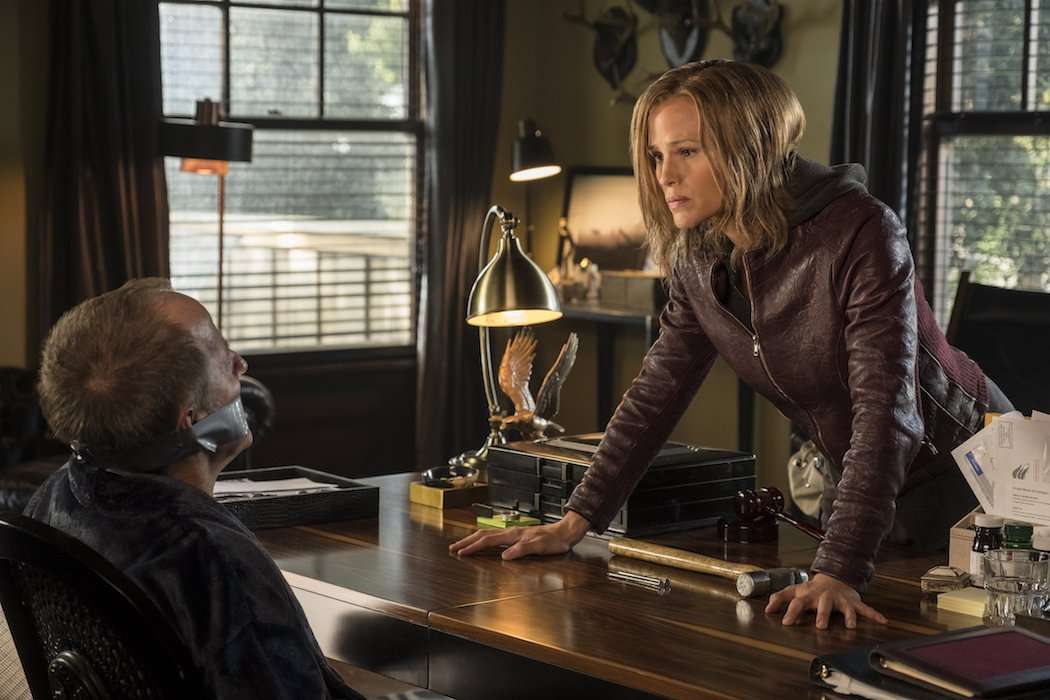 Put together by Pierre Morel, the director who engineered a second career wind for Liam Neeson through Taken (and ushered in a roadmap for thespians trying to jolt life into their respective careers), Peppermint is in the vein of that movie. And, in the vein of others. If John Wick and Man on Fire can be likened to the York Peppermint Patties of the revenge sub-genre. Peppermint is the off-brand store version.

At least this isn’t Death Wish. Morel’s movie has slightly more energy than that. If there were a Taken franchise director to take a director from, it would always be Morel. He seems inspired by Tony Scott’s 2004 feature, utilizing some similar grainy camera effects and filtering to create a kinetic and “hot” style that works sometimes and is excessive other times. His two sizable set-pieces featuring one in a mansion and another in a toy front warehouse serve as high points of the movie, where Garner comes closest to staking her claim as the female Baba Yaga.

Disappointingly, Peppermint isn’t as action-fueled as imagined. When there aren’t any cookie-cutter Mexican vatos to blast away, it’s kind of hard to keep interest in the rote dialogue or cardboard characters outside of Garner and maybe John Gallagher Jr and John Ortiz, who play detectives (Gallagher outfitted with a perfectly coiffed law enforcement mustache) who are reinserted into the case they left behind five years ago. As the final act comes to form, writer Chad St. John does pull off a twist that probably won’t be predicted by many. Only problem is, it doesn’t make a ton of sense. Pair that with a climatic finale moment that uses the 24-hour news cycle in a bizarre way and Peppermint doesn’t exactly end with a bang.

When it comes to revenge movies, we often like them because they’re so simple in plot. Nothing wrong with Peppermint there; the “A to B” storytelling fits right into the genre. But, the hero/antihero needs to have a little bit of attention shown into how they carry the set of skills they do; otherwise, their credibility drops down a few notches. With Peppermint, Riley exists in the real world—not a mythological one—and nary an indication is given that Riley has the mentality to evolve into what she becomes. As bad as it sounds, even a clichéd training montage would have probably done wonders to show her progression.

Still, Peppermint‘s lead character makes a relative mark on the genre if only because Garner is so committed to making her so, slim writing be damned. From her turns in the critically acclaimed Alias and the critically disdained Elektra, she’s always carried a believable physicality mixed with an affable disposition when the role calls for it. Remains to be seen if her Riley can become a Robert McCall of sorts, but she does possess the chops to lead a 2nd installment if the box office take allows.

A dialed-in Garner and a few detailed action sequences make Peppermint decent. However, with little plot intrigue and forgettable characters, this isn’t a revenge movie that gives a great sensation.