My Tweets
Posted on September 4, 2017 by MovieManJackson

And the beat goes on. Part 3 of the Music in Movies series continues. If you missed parts 1 and two, they’re available here and here. Let’s do it.

King Arthur: Legend of the Sword (composed by Daniel Pemberton) 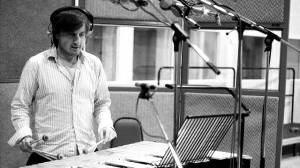 King Arthur: Legend of the Sword

The Legend of Excalibur

The Devil and The Huntsman

This isn’t your father’s, grandfather’s, or great-grandfather’s King Arthur. Legend of the Sword is covered with Guy Ritchie-ness, a stylized re-imagining of the titular hero in an unkempt, street-wise, roughened way. Composer Daniel Pemberton goes a little against expectations sonically here. Powerful drums and breath patterns create one of the more lively musical tracks of the entire year in Growing Up Londinium, a montage of King Arthur growing up in 2:42. The Darklands sees our hero face his inner demons all while fighting sinister mythical beings.

There’s a noticeable epic, rustic, fantastical, Viking/Celtic feel with much of the music that works as an infinitely replayable standalone listen (or accompaniment to a workout, I can attest with experience firsthand), and within the movie itself. Honestly, it’s everything I could want from a King Arthur musical score without realizing it. King Arthur isn’t a movie I expected to enjoy, but count me in the minority of the few who did, and Daniel Pemberton played a part in making it so.

Since she was introduced in Batman V Superman: Dawn of Justice, I’ve been infatuated with Wonder Woman‘s theme. With the wailing electric guitar, powerful bass drum and powerful bass drum, it gets across Diana’s impressive strength both internally and externally. But, what’s great about it is that the theme also carries a sense of beauty, compassion, and honesty. All themes found throughout the movie and put in nicely into this lush score by Rupert Gregson-Williams.

The Mummy (composed by Brian Tyler)

It’s very fitting that the best track on The Mummy’s score is attached to the best moments of the film itself. Brian Tyler’s Prodigium is everything The Mummy should have been. Mysterious, classical, full of intrigue. Most importantly, the piece sounds dark and otherworldly. If we get more of this in any Dr. Jekkyl/Mr. Hyde film, I’ll be happy.

It Comes At Night (composed by Brian McOmber) 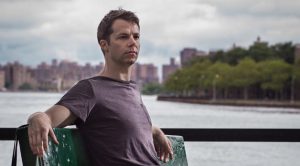 The Triumph of Death

Coming in at a brief 41 minutes, the score for It Comes At Night by Brian McOmber doesn’t stand out as much as it sits under the surface, lingers on the walls, in the air, etc. Paranoia is the name of the game in the film, and when is paranoia ever loud and blaring? The score mimics this, the presence felt but never overbearing.

I probably can’t say anything more about the way music is used in Baby Driver that hasn’t been said already. Every now and then it gets to the point of feeling gimmicky, but by and large, Baby Driver is a unique viewing experience fueled by a eclectic and diverse soundtrack that runs the entire gamut of musical genres. It’s as much of an auditory experience as it is a visual one.

The World is Changing

Despite having tinges of The Avengers‘ theme, Michael Giacchino’s Spidey: Homecoming score is decidedly more low-scale and even whimsical at times. Take Academic Decommitment for example (Michael G always one with the track puns). It’s breezy and kind of quirky. The approach taken doesn’t really make for a memorable score, but I’m sure it’s not supposed to be.

War for the Planet of the Apes (composed by Michael Giacchino)

Apes Past is Prologue

Assault of the Earth

The work Giacchino puts into War for the Planet of the Apes couldn’t be more different than the tracks he made for Homecoming, and those movies were released a week apart from each other! Large parts of War for Apes are told with minimal dialogue, if any. As such, Giacchino’s beautiful music plays a massive part in the feature.

His approach starts early with Apes Past is Prologue and Assault of the Earth, painting the picture early of the high level of stakes this war between humans and apes carries.

These tracks segue way into the two above. Giacchino makes War for Apes something of a processional with its main motif. There’s grace in this score…

A Tide in the Affair of Apes

The Ecstasy of the Bold

but also a ton of loss and despair.

Michael G closes the trilogy of apes with two emotional sledgehammers of tracks. Paradise Found is the perfect wrap up to everything we’ve witnessed as an audience through the three movies. It was a long and emotional ride, but one that won’t be forgotten anytime soon. Here’s to hoping Giacchino’s work gets some rightful appreciation come awards season.