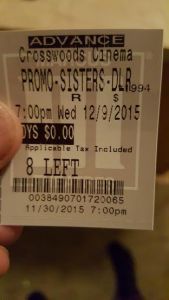 “A house is just a building. A home is a feeling.”

Luther Vandross, take it away. Sisters Maura and Kate Ellis (Amy Poehler, Tina Fey) have made many memories in their family home, most of which were parties growing up. While older and irresponsible sister Kate’s memories are more wild, younger and dependable sis Maura’s memories are more non-eventful. Regardless, the house has meant a lot to them.

Which is why it is a shock when they discover that their parents are not only selling the house, but have, for all intents and purposes, sold it when the two return to Florida. Efforts to talk them out of the decision are unsuccessful. But, with the house still in the family’s possession for another day or two, the siblings decide to go out in a blaze of glory by throwing the ultimate rager for old friends and potential new ones. 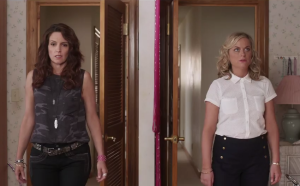 With the rise of female comedians ascending to superstardom like Melissa McCarthy and Amy Schumer, it almost feels like stalwarts Tina Fey and Amy Poehler, even with the massive success had in hosting the Golden Globes and appearing in other comedies, have taken a backseat when it comes to silver screen features. Reunited in a film for the first time since 2008’s Baby Mama, Fey and Poehler show that even with an average script, they’ll still draw laughs out of an audience more times than not.

It’s Fey and Poehler! Which means that their chemistry is just about second to none. The ladies are completely believable as sisters, and so is their banter. Hearing the two go back and forth is going to be comedic heaven for big-time fans of the two, but for others who aren’t complete diehard fans, it can be very much hit-and-miss, especially in the first 30 or so minutes. The only people they are allowed to play off of in the early goings, aside from each other, are esteemed actors James Brolin and Dianne Wiest, who happen to do OK with being the butt of jokes, but nothing to truly split the sides. 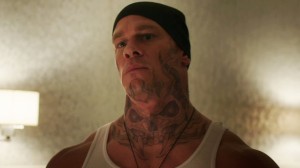 Like any good party though, Sisters starts picking up until after some time has passed and the patrons start rolling in. Honestly, it’s like Project X-lite with all of its structural destruction, directed by Jason Moore (Pitch Perfect), but with better talent/characters, better production, and an actual plot. That doesn’t mean it is a great plot, it just does what it needs to do as the party escalates beyond containment. Like quite a few comedies, the length of the runtime is felt in the third act. And, the themes of growing up/being responsible, and learning to live a little are, on a frequency scale of 1-10 for commonly used themes, about a 9. But, they work, and some people will surely connect with them.

But again, it’s the numerous other characters that drop in that give Sisters most of its hilarity. Maya Rudolph is wonderfully over-the-top and plays Fey’s foil perfectly. The appearances by those who have starred/are starring in other well-known comedy sketch series doesn’t stop there, with Greta Lee (Inside Amy Schumer), Rachel Dratch and Bobby Moynihan (SNL), and Ike Barinholtz (MAD TV) getting ample time to add to the hijinks.

John Cena fans, rejoice! Just like in Trainwreck, Cena’s appearance is one of the funniest scenes in the entire film; unfortunately, his screentime is less than what he had in Schumer’s feature. It’s a shame, too, because there’s potential to be had with both Fey and Poehler. Still, the old “Doctor of Thuganomics” has proven in 2015 that he’s game for bigger roles in comedies should he get tired of the WWE thing. 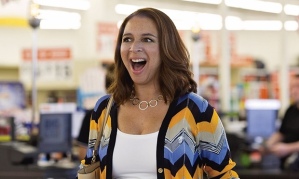 In a nutshell, Sisters is essentially like any other comedy that revolves around a huge shindig, save for the older attendees and the strong sisterly chemistry Poehler and Fey bring to the party. Sisters ain’t the party of the century, but spending two hours at it is far from the worst thing in the world.