On both ends of the political spectrum, dummies will always exist. Is Democratic strategist Gary Zimmer (Steve Carell) one of those dummies? He certainly feels as such, being one of the people in charge of Hilary Clinton’s failed 2016 Presidential campaign run. Zimmer identifies the biggest takeaway as a failure on the Dems part to attract Middle America. Their approach needs to be rewired for 2020, but how?

From team member Evan (Alan Aisenberg), Gary gets put on to an impassioned video that has gone viral, showing a veteran Jack Hastings (Chris Cooper) defending tenets of Democratic ideology in a historically red state and city of Deerlaken, Wisconsin. “He’s a Democrat, he just doesn’t know it yet,” opines Gary, who sets out to Deerlaken to convince Jack to run against the city’s incumbent and become Mayor. As one could imagine, “D.C. Gary” is out of his element in this podunk town, but he’s determined to bridge the gap and unite America, even as his longtime Republican strategic counterpart Faith Brewster (Rose Byrne) works to uphold the status quo. 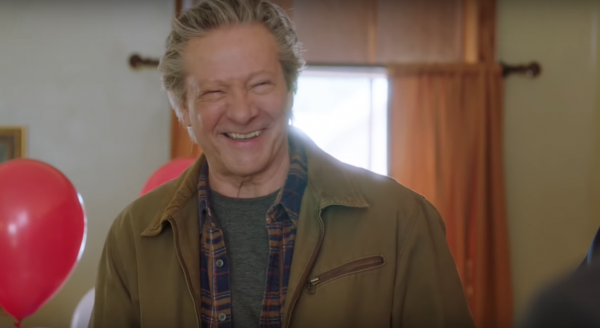 To call Irresistible—a weird name for a film accompanied by a weird poster that inspires some kind of romantic comedy vibes—a movie for the moment, would be a stretch. For what it is worth, the last 15 minutes of runtime are really great, carrying weighty satire and sharp critical analysis the subject matter suggests. Seeing this last 15 minutes play out though doesn’t absolve Irresistible, which pings often between an uneven tone and general lethargy.

Irresistible stands as Jon Stewart‘s second directorial feature. Just like his debut in Rosewater, he serves as the movie’s sole writer. Yours truly was always drawn more to the approach and delivery of Stephen Colbert; still, it cannot not be denied that Stewart brought a significant amount of energy during his 16 years as The Daily Show host. Sure, he’s not on-screen, but that isn’t a valid excuse for a film that is consistently stale and sleepy. There is little of anything shown here that the average viewer doesn’t already know about the money-grubbing, spin cycle media monolith that politics has transformed into. Outside of the well-done visual stabs at both Republican and Democratic media staples, the setting obviously does not lend itself to filmmaking flair. The war room strategy scenes would seemingly be packing heat; they stand as some of the dullest moments of the movie.

Pairing comedy and drama can work as long as the comedy is subtle enough to play off the drama. Some of the comedy and lines in Irresistible would better fit a Judd Apatow or Peter Farrelly movie circa early/mid 2000’s. Having a character lick the face of another character is one of those things that pulls a viewer out of the setting. Throw in an unbelievable romantic side plot that is inconceivable from the instance the characters in question lay eyes on each other (granted, Stewart does make light of this near the end, but the sheer fact this B plot is so important does this no favors), and Irresistible isn’t funny enough to save the day as a comedy, nor dramatic enough to get invested as a drama. They are not quite the same, but Veep did it better.

If anything, Irresistible is plagued by an absence of groundedness; few, if any of the characters come off as believable, a problem even if satires are inherently somewhat exaggerated, they operate in some semblance of realism. This is Exhibit A as to how a seasoned, experienced cast alone cannot be relied upon to fill leaky holes. Carell and Cooper are two pros, yet their roles are written for two different films and as such, their chemistry is never in sync. Two proven, capable supporting actors in Topher Grace and Mackenzie Davis have scraps to work with. The real saving grace of the production is Byrne. Though she too feels like she needs be in another film, she at least brings hysteria, possessing all of the film’s more amusing moments.

What do the polls day? A reunion of The Daily Show contributors in Stewart and Carell collaborating in a movie released mere months before an election year should be cause for celebration and should, in theory, create a movie more interesting than the final product that is Irresistible.