“Get the story, and don’t come back until you have it.” Back in 1926, a small paper known as The New York Evening Enquirer came to be, serving mainly as a proponent for totalitarian policies. As one could imagine, that didn’t sell well. Sensing an opportunity to fill a void comes Gene Pope, Jr., wanting to shake up the news like his father—who had ties to the mob—did. The National Enquirer was born, outfitted with super shock headlines and gore-draped photos. There was an audience for that, but not the audience.

Changes came about, pushing The National Enquirer to remain sensationalist yet refocused to celebrity matters and bizarro topics. Sales boomed, for this shift meant the magazine could be sold in places where the Enquirer’s marketing and popping fonts could catch more eyeballs—such as supermarkets. Tabloid journalism was born. As its exposure grew, so did its power on popular culture. A magazine once priding itself on being without an agenda would soon become a massive influencer in important events. 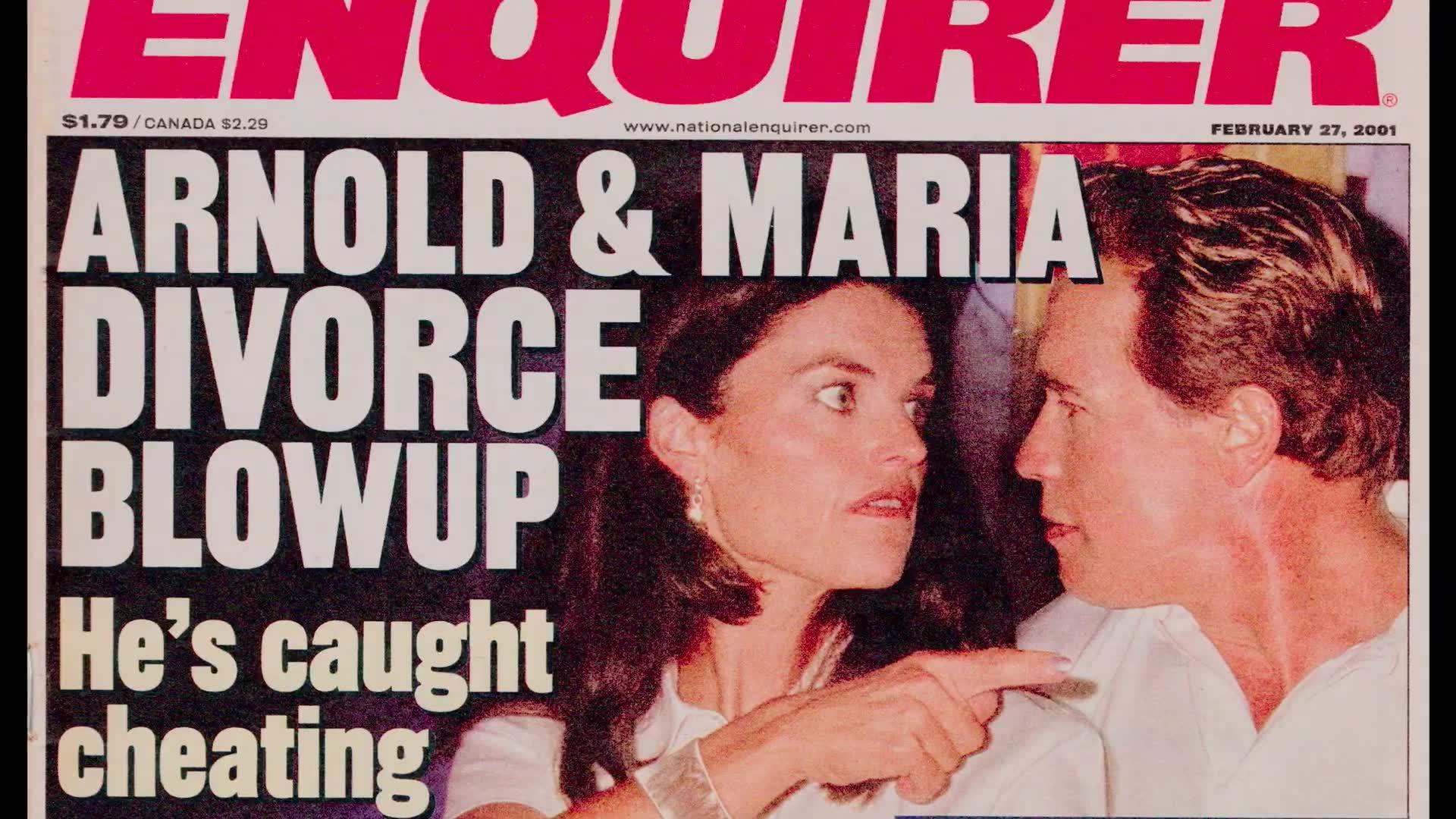 Apple pie, baseball, and The National Enquirer? Scandalous: The Untold Story of the National Enquirer makes a reasonably strong argument that the long-ridiculed magazine is as American and important as so many pillars of American society. At times, those who appear in the documentary seem to operate with an exaggerated belief of truly how significant their magazine was in shaping almost every big national event, but, the sensationalist take isn’t out of line with the approach Pope and company took in piloting The National Enquirer to mass circulation and readership.

Director Mark Landsman paints somewhat of a substantial picture of the magazine by setting up the landscape by which a publication of this one could succeed. With the help of past staff writers and editors, they break down the “Missy Smith” idea, that The National Enquirer was written to be attractive to the average middle heartland American who simultaneously liked the world of celebrity, though felt better about their lives when they got to read about the struggles of Dolly Parton, Richard Nixon, and the like. Akin to reading an Enquirer, Landsman makes the documentary lively and eye-popping, with past live footage of not only newsworthy moments but basic life within the Lantana, Florida walls. 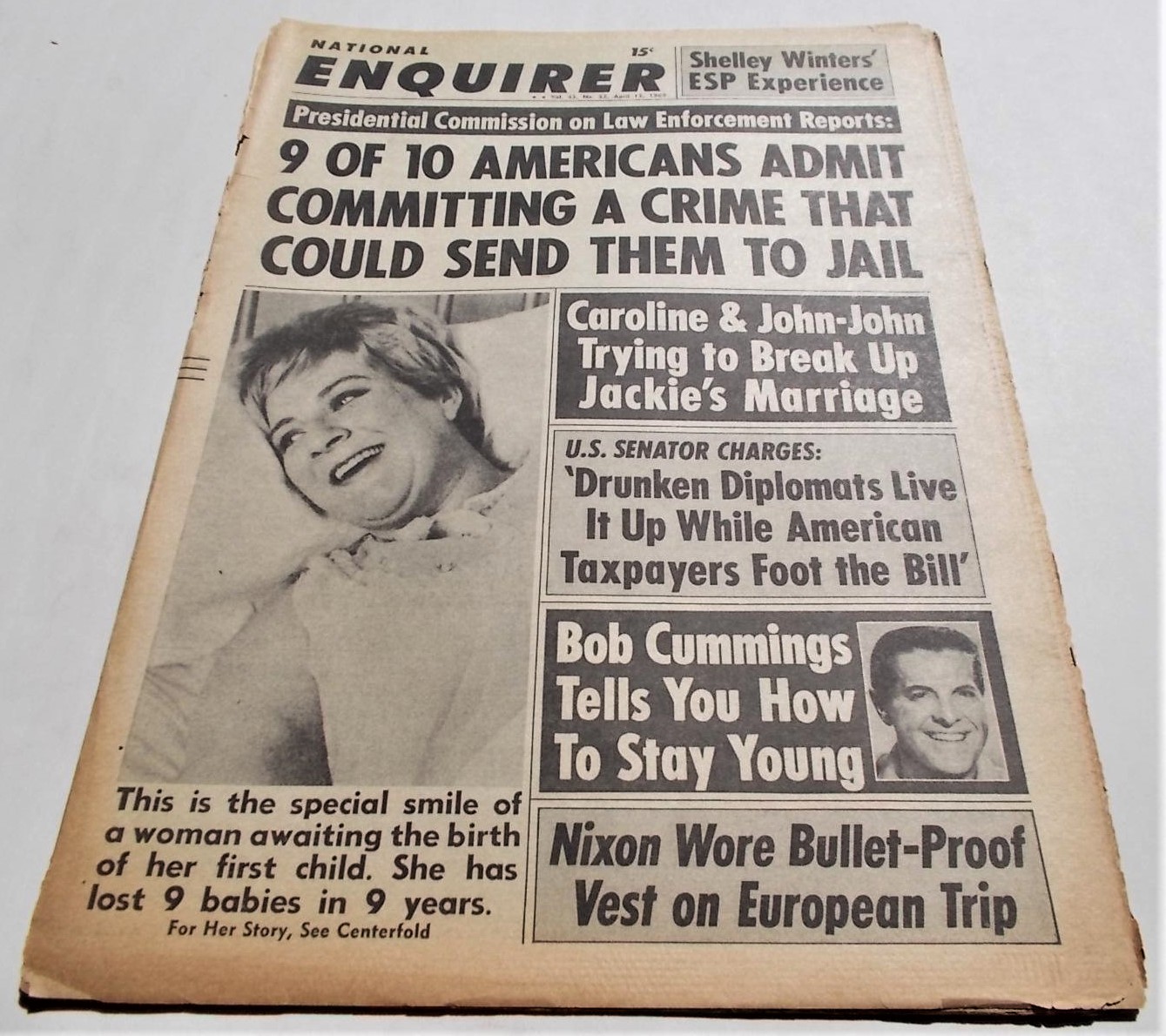 Scandalous: The Untold Story of the National Enquirer doesn’t shy away from the controversy that has mired its existence. All the contributors freely talk about Pope and leadership encouraging the team to use a nugget of truth and embellish it, via paid sources, bugged phones, or other questionable means. There’s the hilariously disturbing anecdote of how the legendary Elvis Presley cover photo was acquired. And, the “catch and kill” practices that began in earnest with Bill Cosby and Bob Hope which continued into the 21st century under the leadership of CEO David Pecker with celebrities turned political figures in Arnold Schwarzenegger and Donald Trump detail how the magazine always had roots into who and what it was looking to push, with the only difference being that the turn of the century eliminated any guise of apoliticism. Not necessarily shocking revelations, but for anyone who enjoys the process and layers (or lack thereof surely in the eyes of some here) of journalism, Scandalous is worth the 90 some minutes of time.

Where Scandalous: The Untold Story of the National Enquirer surprises is in shedding light on how thorough—and talented—their staff writers were. Yes, some of their methods of acquiring or fabricating the news were appalling, but there’s still commendation that is deserved for these contributors being so committed to their craft. It becomes very evident quickly upon hearing each writer and editor speak about their time there that they never saw their magazine as a lesser, minor league “B-list” offering to the New York Posts and LA Times of the world…because why should they? For as out there as their story fare could be, they broke some massively accurate ones when choosing to run them. The Onion, this was not, and it can be argued that many Internet news sites took inspiration from The National Enquirer’s layout and general presentation.

Know what movie and resulting character comes to mind when watching Scandalous: The Untold Story of the National Enquirer? None other than Nightcrawler and one Lou Bloom. Even in all the wrong the man did in his rise to make Video Production News the legitimate force in capturing graphic news stories, there was a begrudging level of respect he got from others and the viewers. He was, at worst, great at his job. That’s The National Enquirer in a nutshell. May not like what they do, but the collective commitment to the craft the magazine and its writers had at one point is nothing to scoff at.