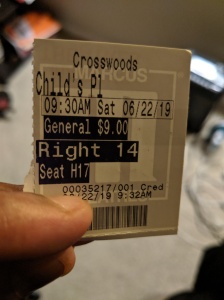 If you don’t let him play, they all go away. Thirteen-year-old Andy (Gabriel Bateman) and his single-mother Karen (Aubrey Plaza) relocate to inner-city Chicago in search of a “fresh start” (Why inner-city Chicago compared to other less demanding and cheaper inner cities? Unanswered question). Andy is a total introvert, requiring the use of a hearing aid and lacking the desire to put himself out there to meet new people. Seeing something on his phone that gives her an idea, Karen opts to acquire a “Buddi,” a children’s doll produced by Kaslan Industries that connects its users to the 21st century. It can request car rides, cook dinner, control technology, and more. And, it can be a friend.

Little does Karen know, the Buddi she acquires has got some loose wires and safeguards, which aren’t seen right away. Buddi—self proclaiming himself as Chucky (Mark Hamill)—and Andy bond quick to make a dynamic duo. And as quick as their bond forms, Andy sees that Chucky takes it extremely seriously in being Andy’s best friend. 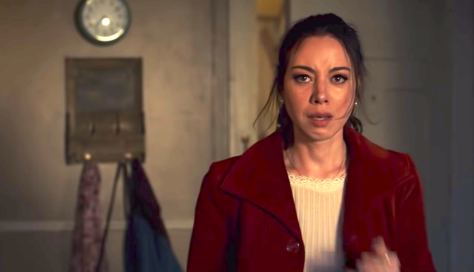 Could the silver-screen slasher subgenre be making a little bit of a comeback? Last year, we got a good Halloween reboot, Candyman on the way next summer, and another Black Christmas in December. That’s before the in-development-hell-but-will-eventually-be-released Friday the 13th retelling and another stab at Freddy Krueger is taken. Throw in the Happy Death Day franchise if you like. Can’t forgot one of the iconic slasher villains, that being Chucky. He’s been literally and figuratively rebooted in a 2019 version of Child’s Play that’s a mild surprise, if only because there’s little hint of delusions of grandeur.

Can slashers be legitimately scary anymore? What frightens audiences by and large can change as the decades do, sometimes reflecting new, real-world horrors that resonate with a moviegoing populace. The new Child’s Play, directed by Lars Klevberg, makes little attempt to be unnerving, instead opting for general campiness with a mild emphasis on scares. Klevberg is keen on showcasing some gnarly gore, foreshadowing many deaths à la Final Destination. It helps that Child’s Play carries a brief runtime of 90 minutes. Want to get into the good, violent stuff relatively quick? Child’s Play wastes little time in doing so, armed with a cute, kid-like orchestral score from Bear McCreary. Just have to wade through the occasional slew of humor attempts; the written jokes rarely land in this movie.

Klevberg and screenplay writer Tyler Burton Smith make no shocking commentary in Child’s Play. Many a film and TV show have shown that being relentlessly synced, dialed up, and tapped into technology can only lead to bad things, as well as the general effects that questionable media can have on impressionable minds. But they do manage to make the source material at least a little believable for the 21st century (look past the Vietnamese line worker is all), especially during its last 20 minutes which go in a mass hysteria direction that could be unexpected to many.

Slasher movies aren’t watched for their casts. Young Bateman adds another good horror performance to his young resume. Plaza and Brian Tyree Henry have been better other places, though each simply adds name clout here. Everyone else fits into people who need to get axed because of how bad they are. Goes without saying that the star of the show is Chucky, voiced by the veteran actor Hamill who’s become more known for his vocal cords over the last quarter-century. Aesthetically, the new doll look never quite comes together, but it’s far from the failure the Internet proclaimed it was. There’s never any doubt about the voice; Hamill’s the man and there’s oodles of money that could have been made from an Amazon or Google if they were to use his Chucky voice. Cross-promotion opportunity missed!

Let me tell you ’bout Child’s Play! Quick, kind of amusing, and hard to truly hate since it aims for something slightly about middle-of-the-road, the new Chucky is fine enough as counter-programming. Hidey-ho!