Writer’s block. Befalls the most prolific of writers…unless you’re Tom Clancy. At one point, author Lee Israel (Melissa McCarthy) was one of the world’s best writers, losing herself for decades in her research and published material of stars from yesteryear. Unfortunately, as the calendar has turned to the late 80’s and early 90’s, interest in these types of publications has dissipated, and Lee’s once profitable niche is no more.

This revelation brings out the worst in Israel, making her personality more abrasive, and her alcoholic tendencies more pronounced. With money running low and a refusal to look at menial work, she turns to deception. Using her expertise in writing, a new calling is found in forgery; the variety that sees her constructing fabricated letters written by famous authors, actors, and playwrights. With help from a newfound friend also on rough times in Jack Hock (Richard E. Grant), Israel—for the first time in a long time—feels alive, accurately compensated, and accomplished as an author committing a serious crime, despite no one knowing the letters are hers.

In the throes of award season, there always exists some features that exist solely as vehicles for spotlighting an actress/actor, sometimes in unrecognizable form. One of those movies sure to be in the conversation is Can You Ever Forgive Me?, the silver screen version of Israel’s memoir of the same name. The feature itself may not have a ton of lasting power, but the work of its stars will.

Directed by Marielle Heller (The Diary of a Teenage Girl), the filmmaker is rather workmanlike in her approach, relying on her leads to do much of the heavy lifting. With that said, Heller does a great job at peeling back the curtain of the machinations of publishing, and showing that this chosen field of profession—which often carries a feeling of wholesomeness and belief that success is built on merit—isn’t all that different from, say, the music business where high-minded concepts and real substance is eschewed for “the flavor of the month.” A laid back, jazzy score featuring jazz artists/singers of yesteryear as well as Heller’s composer brother in Nate Heller gives a nostalgic feeling of those days when times were simpler.

It takes a little while for Can You Ever Forgive Me? to get going. The difficult times that Israel is exposed to early on provide some context, but it isn’t until the zany Hock enters the picture that the true-life memoir becomes zesty. Many of 2018’s cinematic films have carried a theme of identity, and so too does “CYEFM?” The irony of Israel, long derided for not having a recognizable literary voice, finally finding one impersonating others under a veil of anonymity is darkly humorous and the film leans heavily into this aspect.

On the surface, this isn’t quite the 100% hard-hitting drama that completely redefines its star actress. The script allows for select moments that McCarthy has become known for; those scathing, hyper profane comedic monologues. However, these aren’t purely played for laughs, they are cries for help and exhibits of frustration because of inabilities to form or sustain meaningful relationships. This is McCarthy showing the world the type of dramatic thespian she can be. The actresses’ final monologue is delivered with so much precision, might as well pencil that scene in as McCarthy’s featured highlight to be played in its respective category. Not originally attached to star, her casting, instead of Julianne Moore (who dropped out of the project), is inspired and McCarthy’s portrayal of loneliness and self-imposed isolation/detachment works so well that it is hard to see Moore—or anyone else—being able to top it.

In basic mathematics, two negatives make a positive. This equation sums up the relationship that Israel and Grant’s Jack Hock share. Alone, the two are insufferable. Together, they’re unconventionally charming, both as equally tortured souls who combat life’s setbacks with high amounts of cynicism. Most of the other characters are window dressing for the duo’s criminal endeavors, though Anna Deavere Smith makes the most of her very limited screen time as Israel’s estranged love interest. 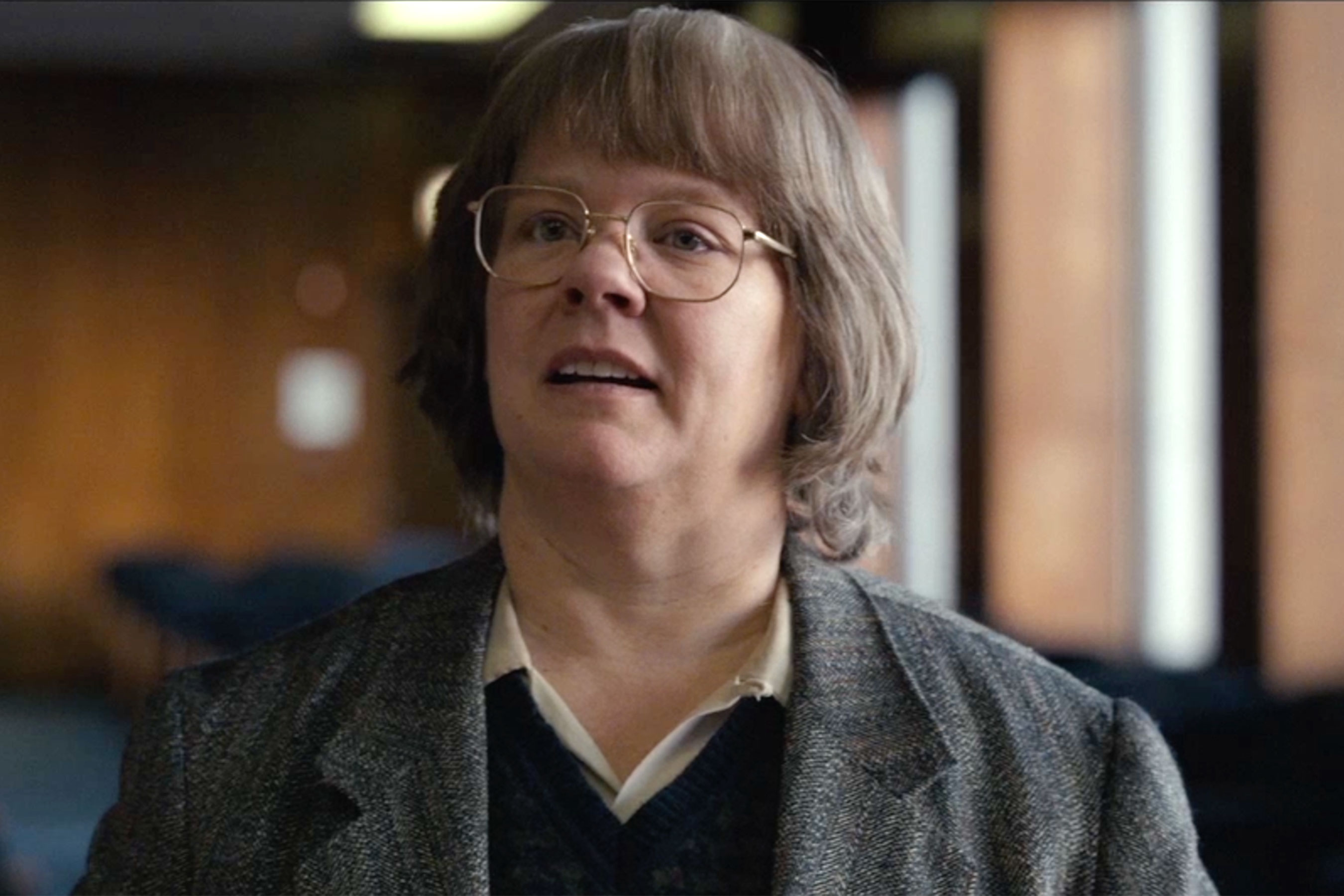 Forged by outstanding acting from McCarthy and Grant, Can You Ever Forgive Me? can be as detached at times as its lead subjects are towards life. Engrossing? Not necessarily. But pretty intriguing? Certainly.

2 thoughts on “Can You Ever Forgive Me?”