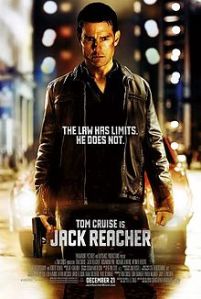 He who drifts is not directionless. Jack Reacher (Tom Cruise) is a former U.S. Army Military police officer living away from society more or less. He’s impossible to find or locate. However, he’s drawn out of the shadows by by an old acquaintance who needs his help.

A man by the name of Barr has been accused of murdering five innocent people, and all of the evidence points to him. While not surprising to Reacher in the fact that Barr is the main suspect, something doesn’t exactly sit right with him. Along with Barr’s defense attorney Helen Rodin (Rosamund Pike), the two work to uncover the case, the killer’s motives, and of course, the right killer. 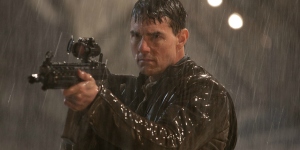 It may feature the same star, but the silver screen treatment of the Jack Reacher character from the novels is far from what one (a.k.a me) might initially expect it to be. Mission: Impossible, this is not. Jack Reacher is perfectly content being a little more lowkey.

After the marvelous (and very, very unnerving) opening sequence with the sniper setting up shop, one of the first things noticed about this Christopher McQuarie feature is how it looks. It is hard to pinpoint exactly why, but Jack Reacher feels like a movie that would be right at home in the 90’s or the 80’s, maybe even the 70’s through camera angles, lighting, score, etc. Despite the heavier tone, I immediately thought of movies like Speed and Beverly Hills Cop when watching this. 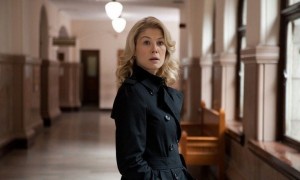 Plot-wise, Jack Reacher is sort of like a poor man’s The Bourne Identity. The few action sequences are well-filmed, with the highlight being a great car chase midway through. But this is more committed to telling a mystery, or, more accurately, at least how Reacher solves it. It starts off well enough, but by the midpoint, it is a tad tedious and the finale couldn’t come sooner.

As time wore on, one might find that they’re not watching the film for its plot but for Tom Cruise. Or at least, I was. The fun lies in the character, not the mystery that devolves into common corruption and foreign baddies. The wrong actor could have made this Reacher movie a big disappointment, but Cruise keeps it at a consistent quality level. Reacher’s a wise-ass who knows exactly how everything went down or didn’t go down in CSI fashion just because he’s that good, a hardened soldier, a ladies man, and a vigilante who isn’t pure good or bad, among other things. And Cruise embodies all of this, even with his diminutive height. Didn’t know it was an issue until some of the notes about the casting were read. Author Lee Child stated it best: “With another actor you might get 100% of the height but only 90% of Reacher. With Tom, you’ll get 100% of Reacher with 90% of the height.”

The rest of the cast predictably comes nowhere near Cruise, but aren’t major detractors to the movie, either. Usually derided in much that he appears in, Jai Courtney is actually a pretty good, albeit generic, menacing antagonist here, much better than Werner Herzog’s character, who lacks intrigue and any real fear aspect. Rosamund Pike fits well with Cruise, and David Oyelowo is sound as an agent who doesn’t know what to make of Reacher. Robert DuVall’s gun owner character doesn’t appear until the middle and then becomes the wily sidekick of Reacher. Not that he isn’t entertaining, but the choice comes out of nowhere. It never feels like Reacher is that close enough with him to employ him as backup. 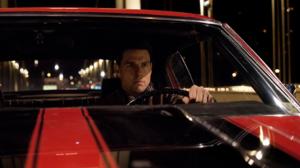 Jack Reacher is a prime example of a true movie star elevating basic, cliched, and possibly boring in the wrong hands, material to something of a pleasing watch. Do I ever want to see Jack Reacher again? Sure, as long as Cruise is involved.