No, this Midnight Special isn’t something you can get at IHOP. In San Angelo, Texas, an Amber Alert has been launched for eight year old Alton Meyer (Jaeden Lieberher). He’s been abducted by two males, Roy (Michael Shannon), and Lucas (Joel Edgerton), and the abduction quickly makes national news. Are these guys dangerous, or are they saints rescuing Alton from a terrible fate?

It’s quickly seen that these two fellows are not the only people who are after Alton. Other entities, such as the government, and a fanatical cult, are trying to harness for their own gain. What gain? Well, he’s got tremendous powers, and would be an asset for these entities in many fashions.

As other reviewers have noted, it’s hard to pin down exactly what Midnight Special is. It doesn’t fit neatly into a specific genre, as the fact of the matter is, it is a thriller, science fiction, drama, fantasy, even a family film. For many films, being stretched across multiple categories spells would spell nothing but a trouble in focus, but Jeff Nichols’ (Mud) feature quite easily manages to meld all into something worthwhile.

Sometimes, it’s more about the journey than the actual final destination. Nichols really takes that sentiment to heart in Midnight Special. The screenplay, penned by Nichols itself, revels in giving little, or even nothing at all in some cases. For yours truly, the latter can be a little frustrating in its steadfastness in refusing to reveal any concrete ideas. This lack of finality only impacts the ending, though, in my opinion, As it stands, the ending is fine, and does tie in ultimately with the core of the story. For me, at least, it is a little disappointing if only because I felt like there was one trick up Nichols’ sleeve to use. Extremely vague thoughts, I know, but only because it isn’t right to go too deep into the plot.

Still, the production quality that Nichols wrings out of an 18 million budget is nothing short of extraordinary, like its main character. Obviously, it is very early to say, but it is hard seeing any other fairly small budget movie looking as big-budget-esque as Midnight Special does. Seriously, the effects are of high quality, adding more to the mysteries and slow reveal of the plot when they are used. They are so good, one wishes that more of the why and how could be explored to them. Outside of effects, the movie just features excellent cinematography, both in the daytime, nighttime, out in the open of nowhere, or in the confines of a white-light enclosed space.

The cast hits all of the right notes as well, starting with the young Jaeden Lieberher as Aldon. His role isn’t that talkative, but it does require a huge presence for a child actor that Lieberher brings to the role. It’s very cool, calm, and collected work. Supporting actors Kirsten Dunst and Joel Edgerton are supporting, in the truest sense, which is to say they’re doing their jobs and doing them well. Adam Driver’s character is really the audience in a nutshell, gradually getting more information to the scenario at hand and reacting appropriately.

But Michael Shannon’s character is a chameleon as it pertains to how we as the audience are supposed to feel to him. Though surely his role in the story is made known in many summaries, I was pleasantly surprised at his involvement, and feel it wrong to reveal it here. Just know that his involvement to the story is touching, and relatable to many. 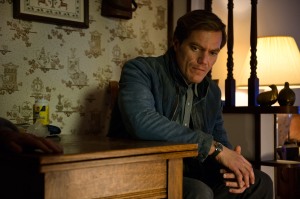 Full of intrigue and mystery from the get-go, Midnight Special is a fun journey, akin to a road trip to nowhere. The final stop may not be worth remembering, but the drive to it is.