Everyone gets sprung at some point. It is just a fact of life. But getting sprung on a 14 year old as an older middle aged man? That is not exactly normal. And this is the premise of Lolita, based on the novel by Vladimir Nabokov. Lolita begins somewhat unconventionally, as a murder occurs in a mansion after quite the lengthy conversation. Quickly after, the film introduces Humbert Humbert, a professor from Europe moving to the U.S. for an instructional position. Needing a place to rent, he takes the offer served on a platter by Charlotte Haze, a widowed woman looking for some male companionship in her life. What sells him on the renting situation? Charlotte’s daughter, a 14 year old stunner named Lolita.

For some reason, there is something about this girl that drives males crazy, and Humbert is just the latest to fall victim. A love triangle ensues between Lolita, Humbert, and Charlotte. Despite being unattracted to Charlotte, Humbert will do anything to get closer to Lolita, even if that means marriage to the elder Haze. After some interesting circumstances, it looks as if Humbert will finally have Lolita all for himself. But when you’ve got what Lolita’s got, other men are always going to be lurking…

Directed by the legendary Stanley Kubrick, Lolita is one of the works in his filmography that is often overlooked. It is one of his earlier full length films and at times, it shows. But, it is a pretty effective tale of uncomfortable romance mixed with parental overtones. Even today with stories of these situations in the news, it does not dull the effect of the film. While not necessarily uncomfortable to watch, it is still disturbing to think about a “romance” like this.

One would think that a movie dealing with this subject matter would be really heavy handed, and in this instance, nothing could be further from the truth. Lolita is really a comedy. Dark comedy sure, but comedy nonetheless. There is something inherently humorous seeing the depths as to which James Mason’s character of Humbert will go to appease, and be with Lolita. Some of his reactions to various occurrences within the story are comedic gold; namely there is one scene that is forever etched into my brain. Both he and Charlotte are hilariously pathetic in their pursuit of their intended targets. Additionally, there are many subtleties nestled in-between dialogue that sort of serves as a middle finger by Kubrick to the MPAA, who forced Kubrick to tone down the film.

Lolita is an adapted screenplay from the novel. At the core it is roughly the same story, but many and sometimes key details found in the novel are either removed or tweaked to a certain extent. I have never read the book, but after viewing comparisons between the two mediums used to tell the story, it does appear that Kubrick could have expounded on a few more elements.

For one, it is never told why Humbert immediately takes a liking to Lolita. It is quickly assumed as “love at first sight,” but there is no indication that he is into this type of thing, it just happens which seems a bit odd. Some narration on Humbert’s part would have alleviated this problem, and Kubrick does use it but not enough. The story is told from Humbert’s perspective, so why not take full advantage of that fact? As far as the pacing goes, some scenes drag on longer than needed. The banter between characters is generally entertaining but a few times the dialogue sorely needed to be shortened.

During its nomination year, Lolita received many well-deserved nominations, mainly for acting. James Mason possesses a cool and regal persona throughout this movie, and does so while providing humor and drama. Shelley Winters serves as the harlot’s mother, and her efforts go unrecognized in comparison to others. She brings an awkwardness to the movie, but at the same time is able to make the audience feel her pain. Between seconds she is able to switch from starved and desperate to a wretched woman. Peter Sellers was one of the great comedic actors of his time, and his portrayal as the mysterious Clare Quilty is memorable, albeit too eccentric and over the top in moments. 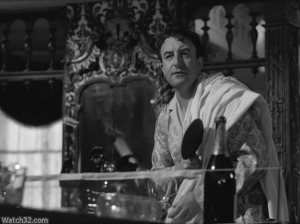 But Sue Lyon steals the show in the title role. Mind you, this was her first every acting performance, and at 14 she never appears out of place with legends on the screen. She possessed a sort of hypnotic gaze that seizes the viewer’s attention and tells a story of a girl knowing way too much about the world than she should at her particular age.

Kubrick was always praised for his unique and innovative directing. With that said, do not go into this expecting amazing cinematography on par with his later stuff in his catalog. Many scenes are shot and then fade to black, leaving what happens to the viewer’s imagination as Kubrick had to be really careful with the content. That is not to say there are not extremely well done shots, as Kubrick definitely knows when to use certain camera angles and how to hold a shot. As a whole though, this is one of his more “basic” works from a technical standpoint.

Lolita is ultimately not as well crafted as Kubrick’s subsequent films, and does drag occasionally. While probably not as shocking as it was in 1962, it is still worth a watch for its controversial subject matter and all-around great acting work.