It’s rarely the blank faces you need to worry about. Rather, it’s the smiling ones. In New York City, Saul (Cosmo Jarvis) is living an average and poor life with his grandparents Benj (Dan Hedeya) and Fernie (Rhea Perlman). His days don’t consist of much, outside of convenience store shifts and an undying love of the New York Knickerbockers, following them each game on radio no matter how awful the team is year in and out. Life could be worse, and it is about to be, because a property developer (Jonny Lee Miller) is building a new parking lot on the plot of his grandparents’ place, forcing them to move out shortly. During this revelation, a mask that sports a wide smile falls in the path of Saul. He takes and begins to wear it, soon fashioning himself as a vigilante against those who repress people in his social class.

In the same Big Apple, Zama (Dela Meskienyar) is fed up with her home situation consisting of her aunt and uncle. It has been difficult for Zama since her parents died, wrestling her need for independence with the pressure of following through on Muslin customs. On a random night, Zama and Saul have a chance meeting, and the two, while very different, find solace in one another. 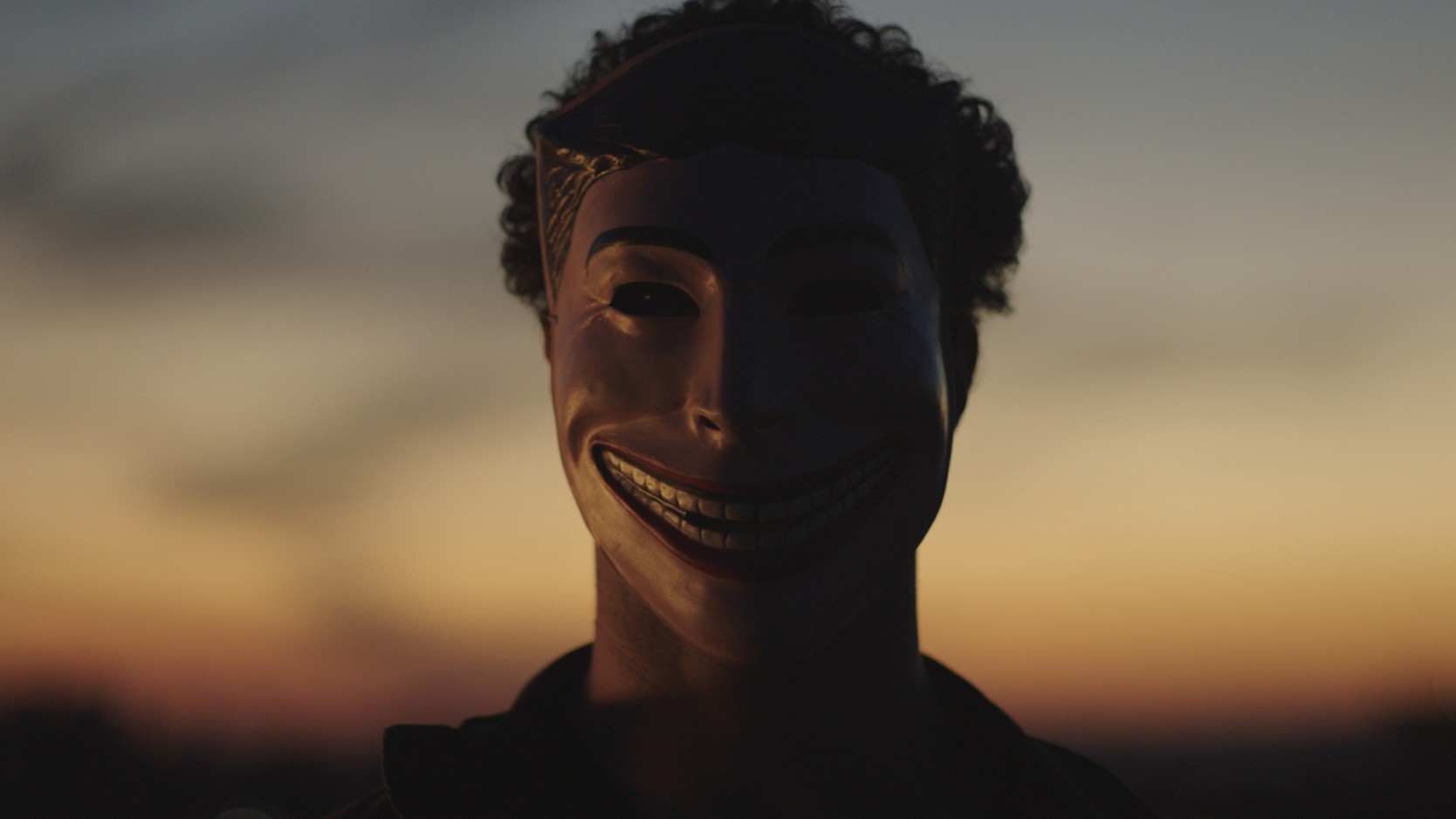 Having experimental, independent movies is a good thing. When done right, they can easily be the hidden gems of the industry, because they are not always beholden to a specific structure or silo. When done with less focus, they can be more scattershot in what they are trying to do or say. The latter is where Funny Face finds itself, with a few intriguing qualities but no legitimate direction in presenting a fulfilling movie.

Handling both the direction and the writing is Tim Sutton, who might be most well-known for 2016’s Dark Night, a film predominantly based on the Aurora, Colorado cinema shooting. What he has seemingly never lacked in his arsenal is style and camerawork, and many instances in Funny Face add to that belief. Consistently through the runtime, and whether through in-your-face close-ups or wide environmental shots, he puts forth the feeling of a declining NYC. His version is a place that is no longer a melting pot, but a pot where 99% of people’s hopes and dreams of even basic mediocrity die. Throughout his feature, there is an undercurrent of a failure to reach an alternate reality, Matrix-esque situation. It is as if the lead characters took the red pill but remain in this prison powerless to do anything. Think Mr. Robot without the full-on Fsociety resistance. 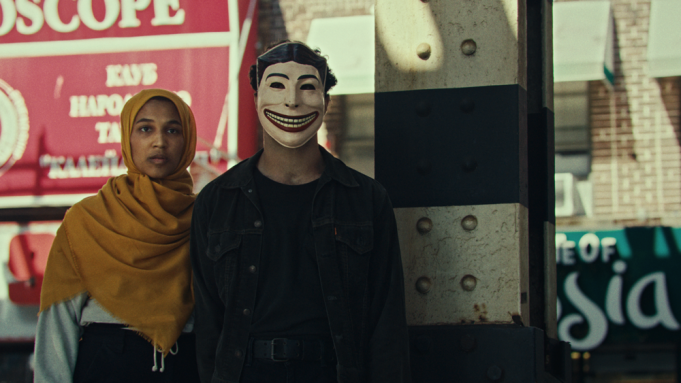 Funny Face is a lot of things. It’s all at once a commentary on capitalism, a vigilante crime justice, and probably most accurate, a romantic jaunt. And that is not even acknowledging the slight science-fiction dystopian elements brought on mainly by composer Phil Mossman, which brings some contemplative vibes and other times, is incongruent with what is being shown. Too often, Funny Face meanders with no internal clock of urgency or discernable passion that viewers will be able to point out, punctuated by an early scene in a penthouse that gives no support to anything that goes on in the film. Save for a strong three minute sequence showcasing an impassioned monologue from Jarvis that frames society under the lens of the perpetually bad Knicks (outside of this year!), little of the narrative ever kicks into high or even medium gear, likely a byproduct of an inability on the end of Sutton to hone in a focus on one or two themes. Funny Face is too aimless to be story-driven, and too skim to be character-driven.

And really, the movie would be memorable if it did focus deeper on what makes these lead characters tick, their relationship with the world, and each other. But as constructed, the script doesn’t allow for Jarvis and Meskienyar to be more than adequate. Their bond is half-baked, and more moments featuring development would have went a long way towards making noted impact on an acting level. Still, they receive better than Miller, who is simply known as the aforementioned “The Developer” of who’s character is as one-note of a villain as they come, minus the mustache twirling.

While it almost certainly would not be a super popular show, Funny Face feels like it would be a stronger project if it, say, got the FX television miniseries treatment that could allow it to flesh out its characters more and explore all of these thematic ideas it brings to the table over a handful of episodes. Surely, that would create a face with stronger features worth remembering.