“Every day is all we have.” That’s the mantra that Pete (Will Ferrell) has adopted from his late father. It’s been less than a year since his father’s passing, and it’s something he’s not fully over. He hopes this trip to the Alps with wife, Billie (Julia Louis-Dreyfus) along with two sons Emerson and Finn (Ammon Jacob Ford, Julian Grey) is the cure for his sadness and curbs his workaholic tendencies. Hard to be too down in the rarefied air on the fresh powder slopes.

But it is easy to be scared when that fresh powder comes down tumbling in the form of an avalanche, which is what happens during Pete’s family lunch. Thankfully, it does no harm to anyone…physically, at least. Mentally and emotionally? That’s a different story, because an action Pete takes in the heat of panic changes the entire dynamic his family has never had to think about. 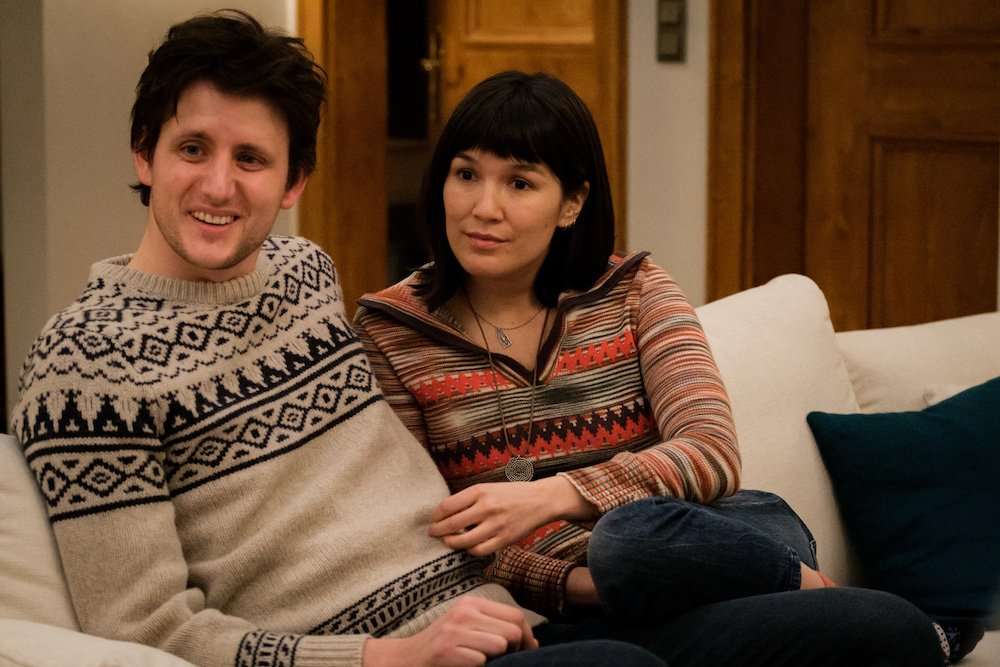 Maybe you were one of the record-low 23.6 million viewers who watched this year’s Academy Awards. If so, you likely saw Ferrell and Dreyfus deliver a pretty funny bit around what exactly is cinematography, showcasing substantial chemistry in what turned out to be one of the better spots of the night. This bit wasn’t needed to know they’d be great together in a movie, and lo and behold, the two are starring in Downhill, which…isn’t the movie that’s conducive to them being great together.

You probably also know by now that Downhill is a remake of 2014’s Force Majeure. Co-writers/directors Nat Faxon and Jim Rash (The Way Way Back) thankfully don’t repeat that film shot-for-shot, line-for-line. One thing the duo improve upon? Overall editing as it pertains to run time, the one semi-noticeable flaw from the original. And shooting essentially on the Austria Alps makes the film almost impossible to not look good. Still (sorry, deep in comparisons at this point but an Americanized remake naturally warrants it, no?), something’s lost in this version, starting with restraint. The big moment is so shocking and hilarious in Force Majeure because it’s an unbroken shot for the most part played and directed straight, with the snow smoke lifting serving as a powerful metaphor that spurs the rest of the feature. In Downhill, this same moment is shot in such an obvious way, it’s a surprise it doesn’t come with a laugh track.

As I think about the manner of how Faxon, Rash and Jesse Armstrong tell their adapted written story, I’m reminded of a track from my all-time favorite rapper in Lupe Fiasco known as Dumb It Down. There’s a frustrating lack of substance in Downhill. Whereas Force Majeure and writer/director Ruben Östlund asked the viewer to really ponder certain philosophical questions, Downhill comes off as a directionless, stale pilot television episode. The successful melding of comedy and drama has been done before, but it takes deft hands to do so. Those hands are not present in Downhill, as the writing settles into a weird middle morass of not quite a drama, and more whiffs than hits as a comedy.

The pairing of JLD and Ferrell should be enough to carry any film with comedic intents to average quality at minimum. Save for one or two scenes, the partnership never takes off. Some of that is tagged to the aforementioned writing, and some of that is a result of the two stars operating on different levels. Louis-Dreyfus can do just about anything a script asks her to do, whether that be selling drama, spouting off zingers, or looking ridiculous in a sight gag. As for Ferrell—who remains one of the funniest guys in the world when at his best (even when simply standing)—he looks stretched beyond his limits, which makes sense if one considers he’s only truly been in one film that asked him to tamp down some of his energy (Stranger Than Fiction). Jason Bateman and Jason Sudeikis are actors who feel like stronger fits based on their ability to handle multiple tones for Downhill as constructed in this iteration. The best and funniest scene of the feature happens to showcase one of the supporting actors of Force Majeure in Kristofer Hivju, making a brief but hilarious cameo. If only the rest of the feature had the effortlessness this scene has.

Collectively, the recent state of studio comedies falls closer to the disaster side of things than smashing or even moderate success. A general laziness is often cited, whether they be originals or remakes. Put Downhill on that mountain. There’s no guarantee an “original” story starring Farrell and Louis-Dreyfus would definitely have made for a better movie, but it stands to reason that it would have been more inspired, like their funny bit at the Oscars was.