I wouldn’t want to walk a mile in these peoples’ shoes. When situations call for it, the CIA deploys their best of the best task force to dispose of them. This force is led by one paramilitary operative James Silva (Mark Wahlberg), an individual with the jagged psyche that allows him to only focus on the task at hand. He’s flanked by Alice (Lauren Cohan), Sam (Ronda Rousey), and fed intel from Bishop (John Malkovich). Together, they make up Overwatch. There are no feelings in this line of work, and Silva is devoid of about all of them.

Silva and co, latest task are to escort Li Noor (Iko Uwais) from the American embassy in Southeast Asia to an extraction point 22 miles away. Why? Noor holds a secret about an attack his country is planning to launch on various powers of the world with doormat explosives already in place. Noor will hand over the secret…but only once he’s safely in tow to the U.S. via asylum. Getting him to that chopper is a suicide mission, as there are many who will not stop at nothing in preventing Noor from boarding.

Death, taxes, and Mark Wahlberg/Peter Berg collaborations. These are the only certainties in life, and Mile 22 marks the fourth time in five years that “Berg squared” have joined talents in a feature presentation. Unlike their prior three movies, however, Mile 22 isn’t inspired or adapted from a real life event or a non-fiction book, but the work of something “original.” Does this fact make it rank any higher than the rest of the films in his quietly impressive filmography? No, not really.

Whether a full-blown movie such as 16 Blocks or simply an extended scene within one, transport asset from point A to point B is a frequent staple of action flicks, especially those taking place in a political setting. Still, a good script is needed to funnel said characters across their stretch of hell. Mile 22‘s never gets past mediocre at best. First-time screenwriter Lea Carpenter is credited with the screenplay, and the lack of experience does rear its head, particularly in the first 30-40 minutes of runtime. Expect an overabundance of dialed-up machismo along with face-palming jokes and quips, interspersed with Silva delivering a briefing examination of the mission cut into what the audience is seeing. The empty filler is a little difficult to sit through, with an awkward divorce side-plot through some weird app given to Cohan’s character being the ultimate low. 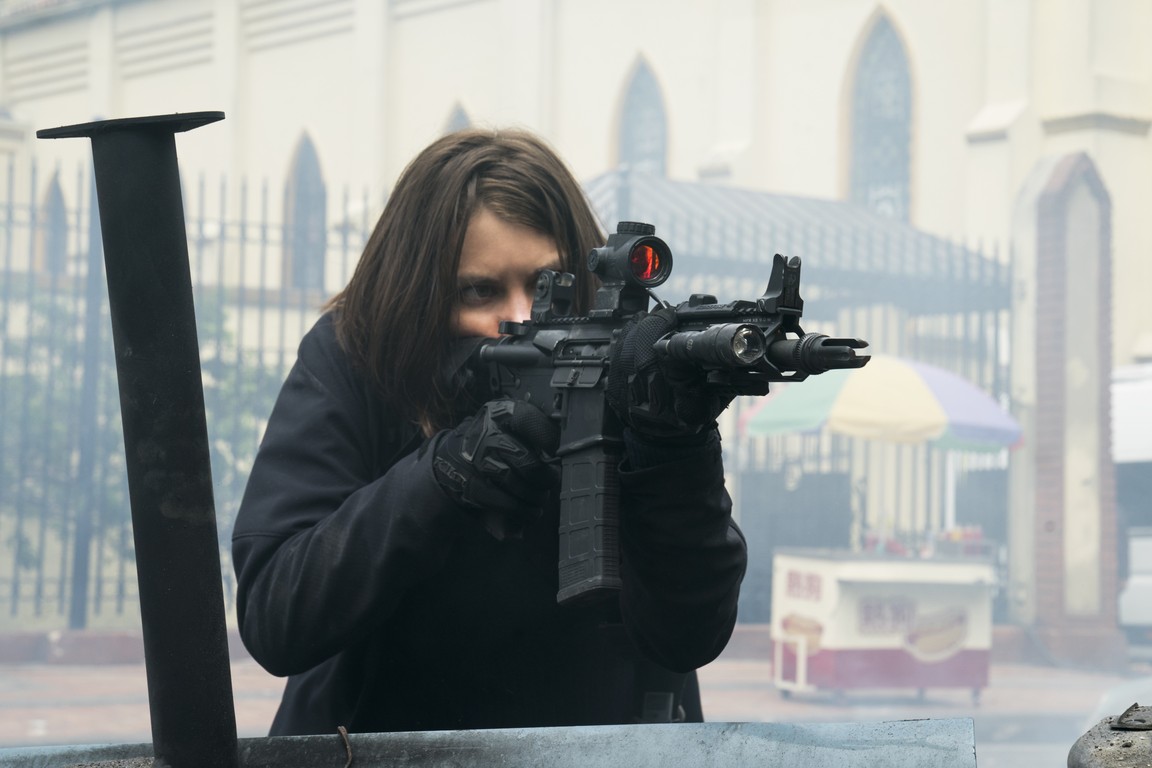 To be fair, not all of the film’s early bumps and bruises are her doing, and one wonders why a level of overwatch couldn’t be applied by Berg to fine tune the story minutiae. Once the screenplay fully commits to funneling the elite unit through the warzone, Mile 22 finds its footing somewhat. With Berg in the director’s seat, his offerings rarely lack for intensity with how they’re framed and shot. With Mile 22, one could still call it relatively intense with memorable violence, but it could have reached another level if Berg laid off the cocaine. Hyperbole aside, there’s an unneeded hyperactivity that runs too often, whether it’s the 100th time he shows his hero snapping his wristband to calm himself down or overdoing the cuts in action scenes to make parts of them indecipherable. Every impactful moment is dulled with choppy edits. Shame too, as he’s got the services of one of the best action stars in the world who doesn’t need visual tricks to hide his lack of skills.

Denzel Washington made a famous statement in Training Day: To protect the sheep, you’ve got to catch the wolf, and it takes a wolf to catch a wolf. That wolf in Mile 22 is Wahlberg’s Silva. He’s the representation of fighting fire with fire; combating an amoral situation with an amoral individual. Films have used this setup before, from the aforementioned Training Day to Sicario. Difference between those and Mile 22 is that each of those had compelling, charismatic, and nuanced central characters with layers, whereas Mile 22 features a lead who harbors sociopathic ADHD tendencies with no other defining traits. It’s possible Wahlberg may have taken a line or two out of Berg’s bag as well; he dials it up to 11 repeatedly and it’s no wonder his team seems semi-eager to off him themselves. As always, he’s a convincing action hero, though. The saving grace of it all is Uwais, confident in English delivery of dialogue and spectacularly innovative during his time on screen. If plans of a sequel are for all intents and purposes finalized, he’s reason to give this impending franchise another shot.

After watching Mile 22, I can’t help but think of Wahlberg’s Boston buddy Matt Damon and his Jason Bourne 2016 movie. Like Wahlberg’s latest, Damon’s vehicle had an impressive trailer and the indication of grounded, realistic action…only to be undone by a repetitive story with average characters and frustrating camerawork. Mile 22 walks the same path, and let’s hope the next installment paves a better walkway for success.