There’s a difference between getting out and being pushed out. Youngblood Priest (Trevor Jackson) wants the former. He’s risen from the tutelage of the legendary street runner Scatter (Michael K. Williams) to become Atlanta’s top drug dealer. Women who willingly know their place in Priest’s life are on each arm in Georgia (Lex Scott Davis) and Cynthia (Andrea Londo). A right hand man and best friend in Eddie (Jason Mitchell). Life isn’t bad.

But deep down, Priest desires to get out, knowing that there’s much more to life than this one, and an incident outside of a nightclub spurs him to finally put his get out plan in action.  How’s he going to do it? By scoring keys from the Mexican cartel and moving them to the likes of which no one has seen. As he gets closer to pulling it off, greed, corruption, and jealousy serve as barriers to fulfillment. 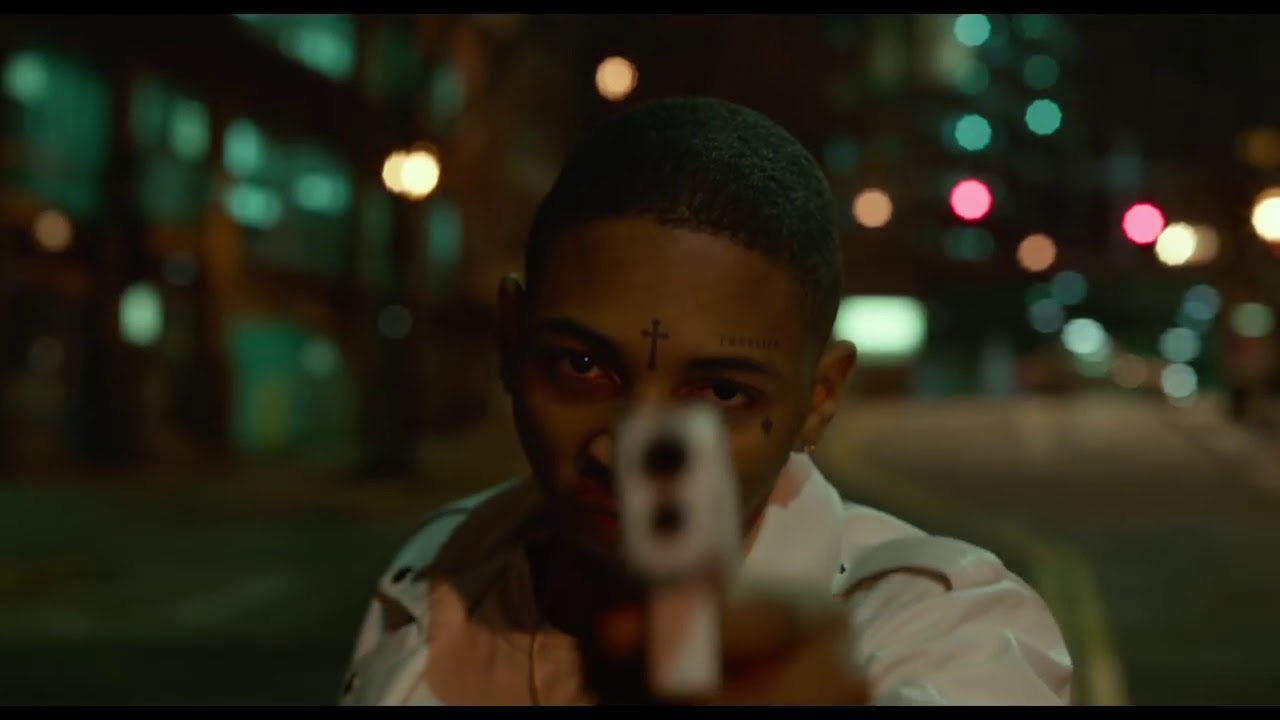 In SuperFly circa 2018, it sure sounds like the characters in this remake tale are aware of Super Fly‘s existence. Whether they’re referring to the 1972 movie, the specific character played by Ron O’Neill originally, or just using the term as colloquially known to refer to something supremely cool, it’s a fairly clever callback along with the two instances where Curtis Mayfield’s soundtrack pops up. No, Gordon Parks Jr’s feature wasn’t an eternal cinema classic, but it still is a blaxploitation classic that probably few beyond a certain age have ever seen. Which makes the 2018 version of SuperFly a remake, but likely the first time many have ever been exposed to the story. Though not as horrid as the TV spots and trailers imply, this version seems destined to fit in the middle ground of urban crime dramas.

SuperFly comes by way of acclaimed filmmaker Director X, a man whose filmography is heavily slanted towards music videos (albeit legendary ones such as Usher’s Yeah!, Nelly’s Hot in Herre, and recent ones in Iggy Azaela’s Fancy) at a ratio of about 35:2. This is to say that X can make a spectacular music video, but not necessarily a consistently good looking film. A good chunk of SuperFly feels like a 106 & Park top 10 video in that show’s heyday, especially when these scenes in question occur in a strip club or ménage à trois shower paired with producer Future’s trappy tracks. As a result, some beats of the story seem overly glossed, idealized, glamorized and hard to take seriously, despite Priest harboring on the darkest elements of the dope game via monologue. The age old axiom of style over substance fits here like cocaine powder up a nostril.

When X is not making things look like a music video, he’s adequate in making things look like a movie. Nothing is undeniably standout and there’s a slight over-reliance on slow-motion, but generally, the action and wide-scale moments are kept in-screen without a ton of cuts. Clearly, inspiration is taken from The Fast and the Furious and Scarface in the final act. The story mostly plays out the same as the OG, but this version of SuperFly is not a shot-for-shot nor piece-by-piece remake. That’s a positive, not without issues, however. Dialogue can be extremely brutal in places. Most characters are nothing more than bad stereotypes, with the biggest offenders being those who are a part of the “Snow Patrol,” a rival drug-dealing gang who share an uneasy bond with the lead character. The endgame is alluded to and yet comes off as unearned and pulled off way too easily in the span of 5-7 minutes of runtime.

SuperFly 2018 is again lacking on gravitas, grit, and realism, but two of its talented cast members do their best to bring it. Jason Mitchell is one as the committed-to-the-lifestyle Eddie, never lacking for magnetism and dirtiness after turns in Straight Outta Compton and Mudbound. The other is Michael K. Williams, capable of bringing a menace to the lightest of story proceedings. More of a mixed bag happens to lead star Trevor Jackson. The young man has the look, but emphasis on young. Jackson’s only 21, and the role of Priest feels like it needs someone older who’s been around the block in Hollywood who just exudes confidence and world-weariness. He’s too fresh to believably portray a dude who’s attuned to the streets and in possession of knowledge of how to exploit a leading cartel member to achieve his goals.

Heavy on the pomade, light on the conditioner, SuperFly feels like some of today’s mumble rap. Has a catchy beat and it’s undeniably fun to put on at a party prepping for a night of debauchery, but there’s nothing really to digest.