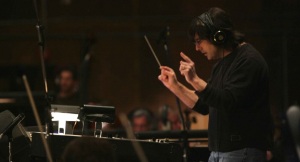 Besides the news that Spielberg and Hanks were marrying their talents once again in a movie, the next biggest news surrounding Bridge of Spies may have been the fact that legendary composer and frequent Spielberg collaborator John Williams would not be composing Spielberg’s movie. To this date, Williams has scored all of Steven’s work, expect for The Color Purple and this.

While it is interesting to think about how Bridge of Spies‘ score would have sounded with Williams at the helm, I believe Newman does a great job of painting the respective scenes with the right tone without the sound being so in-your-face. Take Standing Man, for example, with its American idealistic feel, or Rain, with its shady and deliberate sound. And the rich-sounding end track of Homecoming is one that could be a little forced in other lesser movies, but when it is heard, the audience feels as if they’ve just returned from a long, foreign journey like Jim Donovan has. It’s a earned moment. 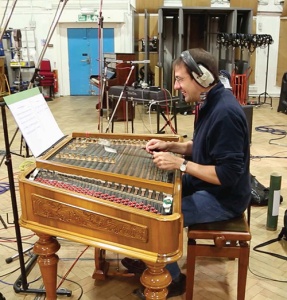 I Wrote Ticket to Ride

In lockstep with the three act screenplay written by Aaron Sorkin and the directorial aesthetic Danny Boyle employs, the score to Steve Jobs circa 2015 is divided up into three parts: 1984 (computer synths/analog), 1988 (classical opera), and 1998 (digital).

The tracks are not only representative of the stamps in time, but also what Jobs and, to some extent others, are feeling in the respective act. Pemberton score captures what technology can do in a positive fashion, and a negative fashion. At times, the score is inspiring, filled with genius and ideas like Steve. Other times, it is somber, downtrodden, and frosty, also like Steve could be. Sure, the script may be more loosely based than what most people prefer out of biopics, but I believe it sets out what Boyle was aiming for, “…an action movie with words.” A lot of care was put into making sure the right score and effects were used. 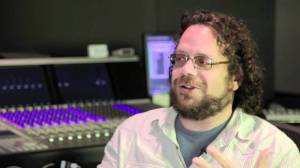 You can’t tinker with stuff that has been around for what amounts to the beginning of time. Exaggeration withstanding, Peanuts has been around for a while, and too much messing around with something as established as Schulz’s work could have made a lot of people upset.

Everything in The Peanuts Movie is safe, cute, and not much more than that. But, it is charming (that Meghan Trainor song is irresistible), and Christophe Beck does well with keeping old themes yet jazzing them up just enough to make them modern. 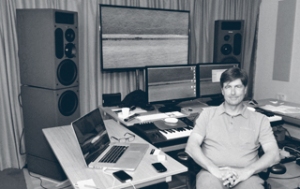 Spectre may be no Casino Royale or Skyfall, but there seems to be a consensus that the opening scene is one of the best openers in the series, and it is hard to disagree. From the gorgeous tracking shot to the music, which gives pieces of the classic Bond theme while mixing native Mariachi sounds. Love, love, love it.

If there’s one criticism about Spectre‘s score, it’s that many believe it to sound too much like Skyfall’s, and essentially, it kind of is with it being a direct follow to that previous film. Many of the prior motifs and ideas are lifted, and while it isn’t all that new (like Spectre‘s story), why ruin a good thing, at least when it comes to the music? There’s a certain sound that is to be expected with 007, and unless the film is serving as an intentional reboot with a different theme (à la Casino Royale), I’m not of the opinion that it is necessarily a bad thing for Bond to sound the same, musically. Lazy? Maybe a little, but not a complete fail. Would love to see some new blood scoring the next film, however, 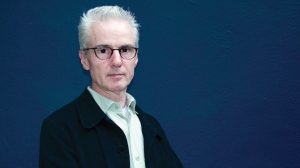 Packing for the Voyage

The Pull of Home

Michael Brook…scoring Brooklyn. On its own, Brooklyn doesn’t sound like nothing all that special, but in the film, Brook is able to strike the delicate balance of making the scenes moving, but not overly so to the point of eye-rolling sappiness. And subtly, there’s a nice distinction in the instrumentation between the scenes that take place in America, and those in Ireland. It all amounts to an old fashioned, homely feel of a motion picture score. 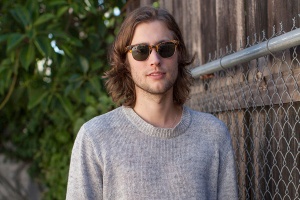 Don’t Waste My Time (performed by Krept and Konan)

The Fire (performed by The Roots and John Legend)

Wake Up Everybody (performed by Harold Melvin and the Blue Notes)

Creed‘s soundtrack may be a little of a mixed bag for some, especially if hip hop isn’t a preferred genre. But, I do find it cool that it has a Philadelphia theme to it, as many of the artists that appear on it, from Meek Mill to Harold Melvin are all Brotherly Love natives. Some of the more unique cuts are performed by Tessa Thompson, who gives a great performance in the movie as Bianca while adding to her character’s musical aspirations. And the fighter’s entrances are absolutely stunning, with Makaveli/2pac’s Hail Mary and Don’t Waste my Time playing during them. Why couldn’t Pacquiao/Mayweather produce this awesomeness?

If I Fight, You Fight (Training Montage)

You Can See the Whole Town from Here

A little miffed at the YouTube quality (definitely seems to be down a pitch or two), but what is posted here is still high-quality stuff. I was not expecting Creed to be such a great film, or the pure theater experience that it is. I’ve seen it twice now, and even contemplating going a third time for that aspect alone. It will still be great on Blu-Ray, but not the same great as watching on the silver screen.

That feeling exists for a lot of reasons, but one of the biggest is the score that Ludwig Goransson has created. Again reuniting with Ryan Coogler and Michael B. Jordan, he bobs and weaves through emotional scenes that don’t feel hokey and hearken back to the old sounds of the first few Rocky movies, while punctuating ring scenes that are gladiatorial and so titanic. Despite using bits and pieces from previous entries (and rightfully so), Goransson uses those cues in the right places, but never to the point of complete laziness. Even with all of the more heralded big and bold films this year, which are great in their own rights, I’m not sure if I felt the pure energy surge that rushed through the body like Creed gives at times.

One more part to go!