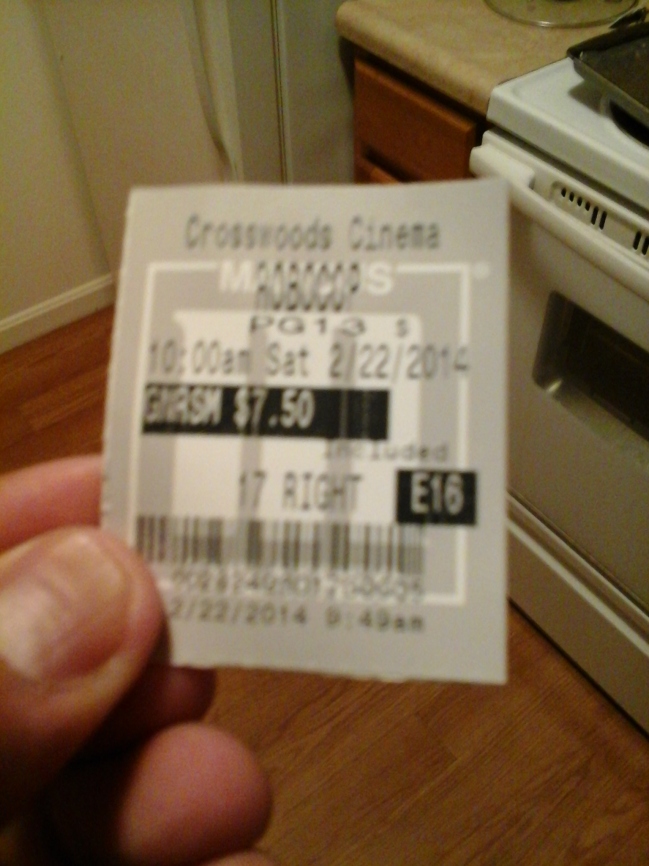 “Dead or alive, you’re coming with me!

Comparison is a way of life. Surely, some of us do it more than others but the fact remains. This practice carries over to film as well; especially remakes of beloved films from yesteryear. The 2014 iteration of RoboCop attempts to capture the vibe of its 1987 predecessor. In the new edition, the year is 2028 and OmniCorp, a subsidiary of OmniConsumerProducts (OCP), is the forerunner, innovator, and sole distributor of robot soldier technology. Limited to military usage, CEO Raymond Sellars (Michael Keaton) wants to implement these in the police force, particularly Detroit, but public sentiment as well as public policy is less than willing to hand over safety protection duties to machines.

But what if man and machine were melded? Sellars believes public sentiment would be more accepting of this, so enter Alex Murphy (Joel Kinnaman). After a failed sting operation, his car is planted with a bomb by the targeted syndicate while visiting his wounded partner. While at home with his wife and son (Abbie Cornish, John Paul Ruttan), the alarm on his car sounds and while attempting to stop it, the bomb triggers and he is utterly blasted. Unfortunate, but now Sellars has his prospect, and Dr. Dennett Norton (Gary Oldman) is tasked with rebuilding Murphy in OmniCorp’s image. After all is said and done, Murphy will be the future of law enforcement. 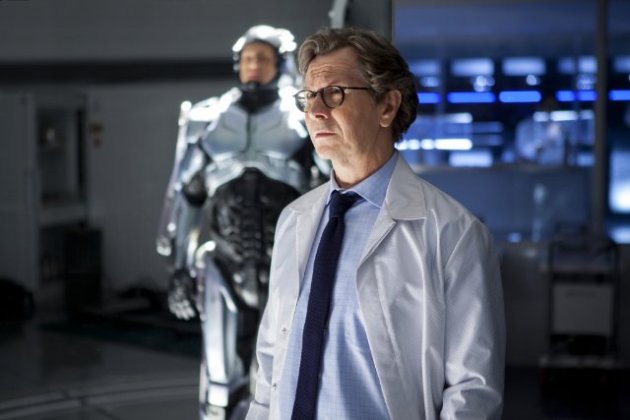 What isn’t the future is a sequel, as this is simply an average film. There are some positives though. I admire the fact that the writers attempted to make some changes and tweaks to the original. While the original was superb storytelling, personally I am OK with a remake trying to do different things. It was better than sitting through a shot-for-shot remake, a la The Omen (2006) and Psycho (1998), which is incredibly lazy. However, these changes and tweaks seem to miss more often than hit. The remake tries to incorporate a family element, but it often fails, resulting in moments that are clearly designed to invoke feeling from the audience but come off as forced. It is also more political than the 1987 movie; seen with the in-movie news show of “The Novak Element,” which showcases Samuel L Jackson as Pat Novak, an obviously biased host who is crafted in the mold of Fox News/CNN anchors. I assume this was the movie’s satire/parody attempt at modern culture, but it too is uninspiring, though the end is classic Samuel L. Going to be YouTubing that scene for a while.

If you are looking for satirical elements or even a bit of humor, look elsewhere. Aside from the sort of political attempts, none exist. As for directing, crime-ridden Detroit looks pretty tame visual wise, and it never truly feels like it is a hell-hole. This makes RoboCop seem like a luxury, not a necessity. I kind of hated the suit, the first one shown should have been kept. News flash: Black does not make everything look cool. The suit appeared to me made out of plastic, and neither looked nor sounded appropriate. And the running scene? Ugh.

The action scenes were rather uninspiring. Occasionally a few parts looked nice, but it really suffers from terrible editing and cutting. There are a lot of bullets, but half of the time you can hardly tell if they hit the target, and it is probably to blame on the PG-13 rating. I feel that the PG-13/R rating debate is overblown at times, but this film could benefit from a R. It might not have made a huge difference as far as writing goes because it probably still would have been weak in places, but I am fairly confident that the action would have been praised more, which would have caused people to look past the other flaws. Apparently, director Jose Padilha and lead Joel Kinnaman fought hard for an R but lost the battle as the movie’s inflating budget forced it to PG-13 in an effort by studio executives to get something back. 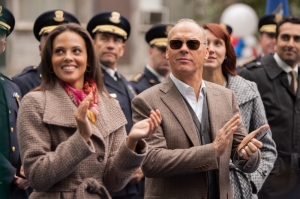 The film was not devoid of excitement. There was a 15-20 minute span where I was really engaged in it, but it was fleeting. Keaton and Oldman are the bright spots of the film. They really did everything they could to bring intrigue, and I liked their roles.

I have been been pretty critical of the film by this point, but the biggest criticism of all, in my view, is RoboCop himself, or rather, the actor playing the part. Joel Kinnaman is so wooden and unconvincing. Within the first 5 minutes when he is talking with the police chief at the station, I was unimpressed. He felt robotic before he even became a robot! He looked unsure of himself in the titular role, and by result I was unable to get behind him. Jackie Earle Haley was useless. Completely unneeded role, and I was so glad when he left the screen. Abbie Cornish, Michael K. Williams, Jay Baruchel, and everyone else is OK, but they suffer from a lack of screen-time (Williams), or underwritten and unnecessary roles (Cornish, Baruchel).

Lastly, the film suffers from a defined villain, or villains. The original RoboCop did feature two baddies, but they were extremely fleshed out and despicable. Here, we are asked to keep up with three: Antoine Vallon, Sellars, and Norton. Vallon never makes his presence felt and is absent for most of the film, and I never felt that Keaton and Oldman were truly bad guys, aside from the end in the former’s case.

Despite all of this, I am not ready to say this was a bad film. Again, I had fun in some parts and it looked cool occasionally. But by and large this was unnecessary. Perhaps if it didn’t have RoboCop as its name, it would be better received, and maybe if we stop comparing the two, it would get better. But c’mon! It has RoboCop as its title. I would watch again if family or friends wanted to check it out, but not one I’ll revisit personally, nor buy it for a dollar.