“Sorry lady, but I prefer to die with my boots on.”

Stigmas are potent, and it is hard to come to grips with once you have been stigmatized. But how do you react? Do you let the world define you, and what you have become? Or do you display resolve and define yourself?

Dallas Buyers Club is based on a true story, and tells the narrative of Ron Woodruff, portrayed magnificently by Matthew McConaughey. Woodruff is officially a technician but seems most official as the sex-loving, drug-abusing hustling cowboy when not on the clock. One day at work, he suffers a substantial injury that mandates his blood be drawn. The injury becomes minute once the doctors inform Ron a life-shattering ordeal: He is HIV positive, and likely only has 30 days to live.  As anticipated, the defiant wrangler refuses to accept this, and continues to live life like before. Slowly but surely, however, he begins to realize the gravitas of his affliction.

Luckily, a new treatment drug known as AZT, could be a godsend to AIDS patients, but still in the test stages. Ron knows he must get his hands on some, and does through a hospital contact. While helpful early on, the drug seems to atrophy his immune system (as well as continued abuse of drugs) as the days progress.  Still, Ron needs more but once the hospital’s supply runs out, he is told by his contact to travel to Mexico to get more. Here, he is assisted by a non-licensed doctor that informs him that AZT is a lot more harmful than it is helpful. Before he leaves, he is given a sizable supply of ddC and proteins that will prolong his life. The stuff does make him feel better, and ever the hustler Ron is, he immediately sees the possible monetary in this endeavor, and even recruits Rayon (Jared Leto), a transgender woman he met during hospital care.  From here, the “Dallas Buyers Club” is spawned and things look good for everyone, but the FDA may have something to say about this operation… 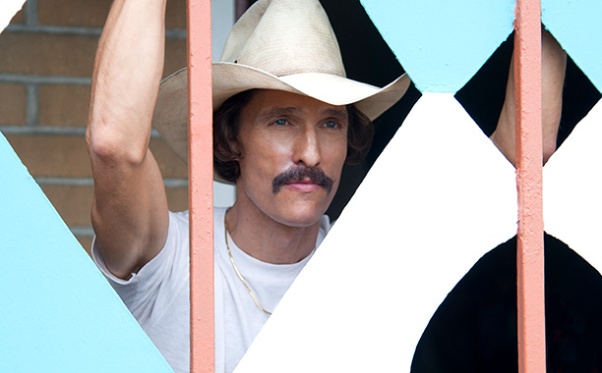 Some films hinge upon one or two characters/actors, meaning the success of the film is tied to how well these selected few handle the weight. This is one of those films, and luckily, McConaughey and Leto are up to the task. You’ve heard this sentiment in some way or form by now, but it is so true: McConaughey is undergoing one of the most (if not the most) unlikely career revivals in cinema history. It seems like yesterday that this man was in repetitive nothingness like The Wedding Planner and Failure to Launch. Since 2011 though, he has flexed his muscles—acting that is— in memorable roles, and has reached a fever pitch with Dallas Buyers Club. Matthew’s Ron Woodruff is just so captivating, and it is a delight to see him go from bigoted country man to unlikely hero. You can tell he was committed to this role, shedding an insane amount of weight to portray a very sick man. He and DiCaprio are my Oscar favorites for Best Actor. 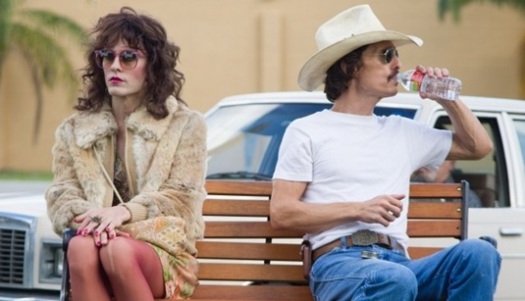 Speaking of shocking transformations, Jared Leto’s role as Rayon may be more noteworthy. Not only did he have to lose an inordinate amount of weight similar to McConaughey; he had to portray a female as well, which in totality may be a more difficult acting job. Even more impressive is the fact that he has been out of acting for four years, and never looked rusty, if that could be quantified. Let me just say he had me fully convinced. If it were not for Ron’s quips and teasing, he (she?) would blend in quite well. You really see the pain and anguish that the character has had to live with their whole existence, but you also see the vulnerability and hope exhibited as well. Possible Oscar winning supporting male performance for sure in what is an extremely strong and maybe the most compelling category as a whole. The rest of the cast was respectable, but nothing to write home about. The movie is clearly carried by this duo.

I commend the script for being original. Well, not purely original as it is adapted but I cannot recall the last time we have seen a movie that dealt mainly with HIV/AIDS. It was quite a joy to see a history of sorts regarding the disease, which I always knew about and yet was still unsure of its historical timeline, so educate me it did.  But, I was most interested in seeing Ron Woodruff’s transformation. To see him from the beginning of the movie to where he ends up at the conclusion of it is stellar character depth 101 at its finest.

The film does have flaws. As aforementioned, after Matthew and Jared and maybe Steve Zahn (small role) no one really stands out.  At times, I felt like I was watching  “template” characters instead of organic ones. I believe some were just there to serve as a physical representation of what Ron had to fight against. I would not say it is overly long, but there is noticeable drag if that makes sense, probably due to the pacing. Occasionally it feels tonally disjointed, like it sort of wants to be light but then overly dark in the same minute. Everyone else may not notice or be affected by it, but I observed this and thought I should at least say something about it. From a technical aspect there was nothing that blew me away, but I did think there was a nice touch audio-wise when the virus is relentlessly attacking Ron. You’ll know when you hear it. 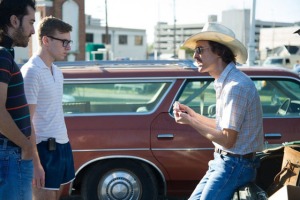 With that said, Dallas Buyers Club is a film that deserves credit for the way it tackles its uncomfortable subject matter, and never goes into being too formulaic. It is quite impressive that the film is making this type of impact on a relatively minuscule budget. I implore you to give it a watch. It is not spectacular as it is missing some spark that could take it over the top,  but I feel that it is a sleeper favorite to win Best Picture if things break right.