1998. The year sees Michael Jordan make his second retirement after a second three-peat. Britney Spears makes her debut with “Hit Me Baby One More Time.” Titanic becomes the first film to break one billion at the box office. And yet, it wouldn’t be overly hyperbolic to suggest that summer of ’98, if not a large chunk of the year, was largely owned by two baseball players.

Coming into that season, Mark McGwire was one of two sluggers tagged alongside Ken Griffey, Jr. who could legitimately challenge and bash through Roger Maris’ single season home run record of 61. The media got the McGwire part right, but did not account for his competition in one “Slammin” Sammy Sosa, who would ride a torrid June into the race for history. Together, they’d be hailed as saving baseball, far from the ostracization that would occur years later as being the central figures of the Steroid Era. 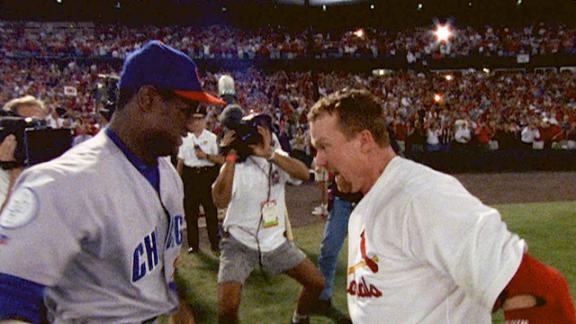 Balanced and measured storytelling your thing? Not found in the latest ESPN 30 for 30, Long Gone Summer. What is present is marked nostalgia. Yours truly was eight years old when these testosteroned titans took on the MLB history book, and watching took me back to third grade, where so many classmates—myself included—were hooked on what these two individuals were accomplishing. Never mind if they trotted the bases with the motions resembling a minotaur, it was thrilling.

Thrilling is what director A.J. Schnack focuses on. He directs the entire documentary with a kid-like zeal, outfitted with an American grunge-esque background score done by Jeff Tweedy that tastes like American apple pie. The scenes gathered from 1998 are stitched together, deliberately a bit choppy and grainy, almost as if you are watching a music video on MTV following Hanson’s “MMMBop.” On a pure aesthetic and auditory level, Schnack succeeds in transporting an audience back 22 years ago. And while far from weighty, he rightfully shows that there was a little more under the surface (the Caucasian, U.S. born, semi-socially awkward McGwire vs. the Dominican born, always camera-ready Sosa) that aided to how this chase captivated a nation. 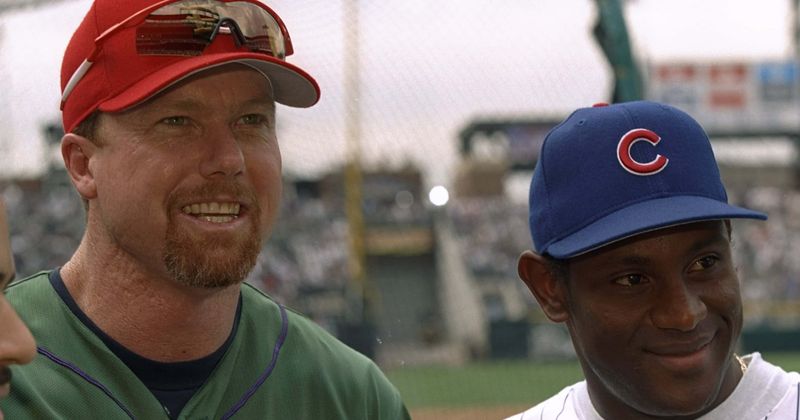 It isn’t a shock that Long Gone Summer chooses to focus on the warm and fuzzies, or perhaps more accurately, what titillated so many people with the long ball. What is a shock is how long it takes for any mention of a performance-enhancing drug to come up. There’s very brief talk on androstenedione, but any meat and potatoes come 90 minutes into the runtime, in a 100 minute movie. The laissez-faire method could simply be a microcosmic reflection of Major League Baseball at the time, who turned a blind eye at minimum and at maximum actively promoted the use of PED’s (if you’re into deep conspiracy theories). With all that said, to barely go in-depth on what is essentially keeping these guys out of the Hall of Fame makes all this feel…icky? Of the two, McGwire comes off better, accepting what has come of his legacy and becoming more human and tolerable, if not full likable. Sosa? He remains defiantly circuitous, and all those rumors of him being a difficult diva seem to ring true when viewing his appearance here.

Long Gone Summer is a documentary that has a few solid tools but is short of having all five of them. ESPN has been prolific of late with their 30 for 30 catalog. Stick to the real moonshots in Be Water and The Last Dance.